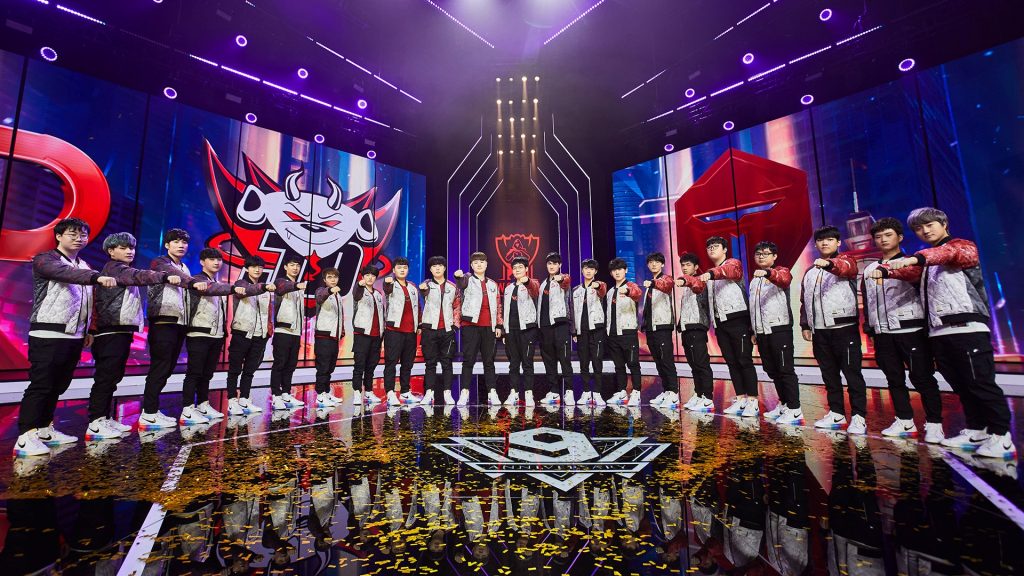 The League of Legends 2020 World Championship is right around the corner. After crowning the previous two champions, the LoL Pro League (LPL) have four teams looking to extend that streak to three: Top Esports, JD Gaming, Suning, and LGD Gaming.

The cancellation of the Mid-Season Invitational leaves more mystery than usual to the relative strength of regions entering Worlds, but make no mistake: China expects to win on their home soil. We preview the favorite, the close second, and a pair of dark horses as the tournament approaches.

We all know that the LPL have dominated the international space for the past two years. After Invictus Gaming became the first Chinese team to win Worlds in 2018, FunPlus Phoenix made it two in a row in 2019. The LPL further cemented their dominance over the LCK by sending three of four teams to the semifinals of the Mid-Season Cup, capping it with a Top Esports win over FPX. So, it only makes sense that the best team in the LPL would be the favorite to win Worlds this year, right?

That team is undoubtedly Top Esports. TES fell only one game short of beating JD Gaming in the Spring Finals before winning the aforementioned Mid-Season Cup. TES atoned for their only blemish in 2020 by taking revenge on JDG, winning the Summer Finals 3-2. By winning two of the three major events they’ve participated in this year, TES have proven that they can handle pressure in big moments and that they are not one-hit wonders.

It also helps that they employ the best player in the world. Mid laner Zhuo “knight” Ding should be the first name on any list of top players in 2020 after another dominant season. knight was the LPL’s All-Pro First Team mid laner, Summer regular season MVP, and Summer Finals MVP. Joining him are LPL All-Pro ADC Yu “JackeyLove” Wen-Bo and top laner Bai “369” Jia-Hao, not to mention perennial Worlds participant and star jungler Hung “Karsa” Hao-Hsuan. Liang “yuyanjia” Jia-Yuan’s growth in the Summer has seen him take control of the support role to round out the LPL’s top lineup.

This will be Top Esports’ first appearance at Worlds, but that doesn’t mean they go in without experience. JackeyLove was part of the iG squad that won in 2018, while this will be Karsa’s sixth consecutive Worlds appearance. 369, knight, and yuyanjia will be making their first appearances, but this team won’t be content with just showing up. Anything less than first would be a disappointment for the LPL’s top team.

As great as Top Esports have been in 2020, there isn’t a whole ton to separate them from JD Gaming. JD Gaming were the ones to come out on top in the Spring Finals, and though they disappointed by losing in the semifinals of the Mid-Season Cup and started slow in the Summer, JDG got hot down the stretch. Their 28-11 game record was just a percentage point below TES’ 27-10 for the best record in the regular season. JDG then came up just a game short of winning both splits in the strongest region in the world.

That was not our limit.

Like TES, JDG also boast an elite solo lane carry. But unlike knight, Zhang “Zoom” Xing-Ran is a top laner. Though that doesn’t give him the same opportunity to dominate and unlock the middle of the map, Zoom can be more punishing 1v1 in a longer lane and will run teleport in every matchup to join bot lane skirmishes. The way they impact games will be different, but Zoom can be just as effective at taking over a game.

Zoom’s partner in crime is jungler Seo “Kanavi” Jin-hyeok. The former Griffin jungler won the Spring MVP in part for carrying JDG while Zoom was unable due to coronavirus travel restrictions. Kanavi plays a more carry oriented jungle, so meta picks like Nidalee and Kindred suit him well.

Zoom and Kanavi can rely upon a rock solid bot lane duo in Lee “LokeN” Dong-wook and Zuo “LvMao” Ming-Hao. Both earned LPL All-Pro honors for their efforts in the Summer. Mid laner Zeng “Yagao” Qi rounds out the JDG starting lineup. While not in the elite tier of LPL mid laners, his strong play can get lost in the shuffle with such a good team.

Like Top Esports, JD Gaming will be making their first Worlds appearance. Unlike TES, this will be the first Worlds experience for their entire starting lineup. That could be a little bit of a concern for a team that struggled in their only other international competition at the Mid-Season Cup. JDG have certainly played plenty of Worlds-caliber teams throughout 2020, but Worlds is a different level of pressure.

Top Esports and JD Gaming were pretty far ahead of the rest of the LPL, but that doesn’t mean  they’re the only ones capable of making some noise at Worlds. Suning and LGD Gaming qualified as the third and fourth seeds for China, beating out the previous two World Champions to make it.

We have the New in TES, JDG, & SN, we have the Old in LGD, and most importantly, we have our four LPL teams ready to take over #Worlds2020!

Suning enter the tournament as the LPL’s third seed. They swept LGD 3-0 in both the Summer third-place match and in the Regional Finals. ADC Tang “huanfeng” Huan-Feng is the stud carry for the squad, but he’s got plenty of help. Jungler Lê “SofM” Quang Duy was on fire to end the season, picking up four straight game MVPs against LGD. Chen “Bin” Ze-Bin is a carry top laner, while Xiang “Angel” Tao is a versatile mid laner. Hu “SwordArt” Shuo-Chieh brings the veteran experience from the support position. Like Karsa, this will be SwordArt’s sixth Worlds appearance.

LGD Gaming may have gotten beat up by Suning to close the season, but they still won when it counted. LGD beat Invictus Gaming 3-1 in the final match of the LPL season to qualify as China’s fourth seed. They will have to make their way through Play-ins to join their leaguemates in the Main Event, but they will be heavy favorites to do so.

LGD went through a large makeover between Spring and Summer to become one of the top teams in the LPL. Top laner Xie “Langx” Zhen-Ying, mid laner Su “xiye” Han-wei, and support Ling “Mark” Xu joined jungler Han “Peanut” Wang-ho and ADC Ha “Kramer” Jong-hun to bolster LGD’s starpower. Peanut’s aggressive playstyle sets the tone, but xiye has been LGD’s most important player in the Summer. Every player aside from Mark has Worlds experience, so the moment shouldn’t be too big for LGD.

The 2020 World Championship will kick off with the Play-in Stage on Friday, September 25th.