The Best League of Legends Players Ever 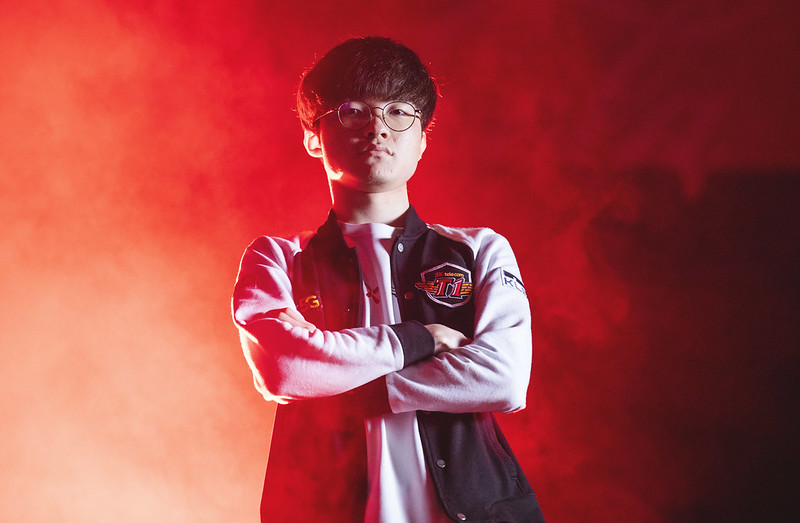 Through nearly ten years of professional League of Legends, stars have come and gone. It takes incredible skill and dedication to make it to the top of such a competitive field, but it takes even more to make it and stay there. That’s what separates the best players of all-time. We take a look at some of the best players ever, spanning every role and region. 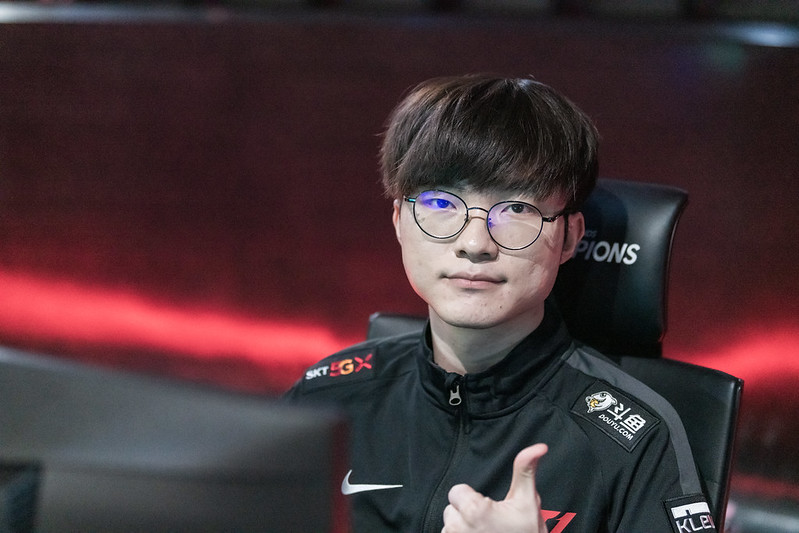 Lee “Faker” Sang-hyeok is indisputably the best LoL player of all time. He started his professional career in February 2013 and was a World Champion by September. Since then, he’s won two more world titles and finished runner-up in 2017. This gave him the best results of any individual player in international competition. He has also won eight domestic titles in Korea with T1 and has earned himself part ownership in the organization to secure his post-playing career.

Faker has one of the most versatile champion pools the game has ever seen. He has played 68 unique champions in his career, making him impossible to target in drafts. His most-feared champion is Leblanc, an assassin who was so frequently banned that it took until 2015 for him to lose his first game on her. He still maintains an 81.3% win rate. Faker is also famous for his Zed, specifically his outplay on Ryu “Ryu” Sang-wook in the Champions 2013 Summer Finals.

Faker’s ability to thrive as the main carry for his team through so many roster iterations is a testament to his skill and adaptation. Plenty of players have peaked near Faker’s level for short periods of time. But nobody has ever come close to his sustained level of success. Considering he’s still an elite player on a solid team, Faker doesn’t look like he’s slowing down anytime soon. 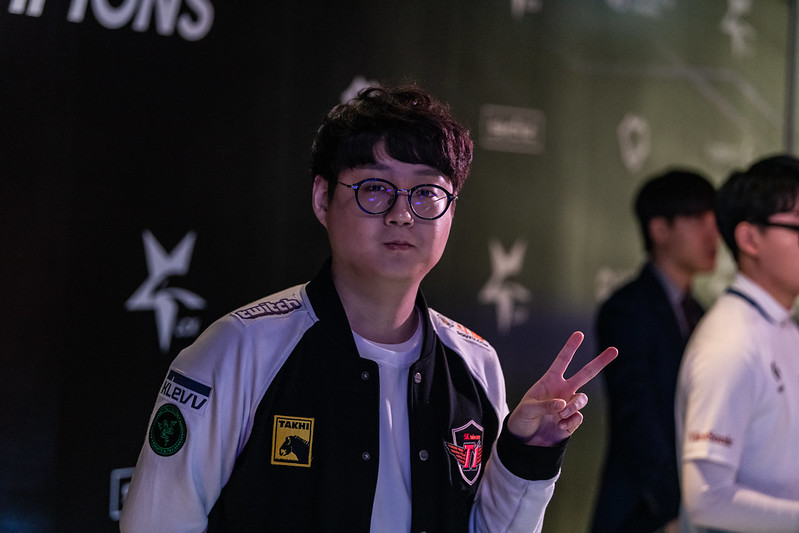 Cho “Mata” Se-hyeong, like Faker, debuted as a professional League of Legends player in Korea in the Spring of 2013. He won his inaugural split with MVP Ozone, taking the Champions 2013 Spring title. Mata then cemented his legacy in 2014 by winning a World Championship with Samsung White. SSW had one, if not the most dominant run of all time, dropping only two games in the entire tournament and defeating Star Horn Royal Club 3-0 in the finals. Mata was named MVP of the tournament, the only support player to ever earn that honor.

Mata’s dominance forced the public to re-think the impact that supports could have on the game. Mata could play the enchanters and play them well. But he excelled on playmaking supports like Thresh, Alistar, and Rakan that could dictate trades and fights. Mata won 81 of his 113 games on Thresh in his career, making him easily Mata’s most effective champion. Even though he can’t match Faker’s legacy, Mata arguably made a bigger impact on the way the game is thought about and played. 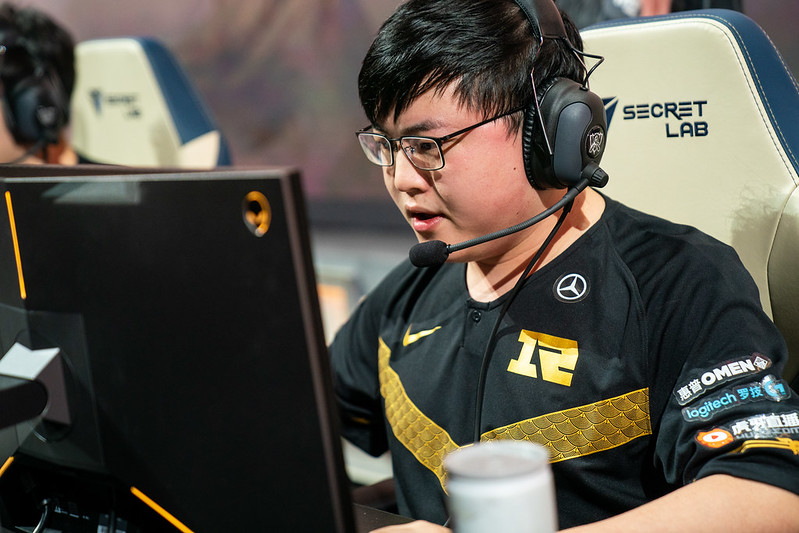 Jian “Uzi” Zi-Hao is the greatest League of Legends player never to have won a World Championship. He’s come close though – twice finishing runner-up with Royal Club in 2013 and 2014. Uzi has achieved everything short of that goal, including multiple domestic titles and international success by winning the 2018 Mid-Season Invitational. He has spent the majority of his career with the Royal Never Give Up organization, save for brief stints with Oh My God and Qiao Gu Reapers.

Uzi is the ultimate ADC hyper carry, always the focal point of his team. His laning prowess and mechanical skill are so legendary that his team has so often drafted supportive picks for the rest of his team that it’s been coined the “protect-the-Uzi” composition. Though he never picked up bot lane mages or bruisers, Uzi has thrived through every popular ADC meta from Ezreal, to Sivir, to Kai’Sa. Uzi plays to crush his opponent in lane and is the best ADC to ever do it. 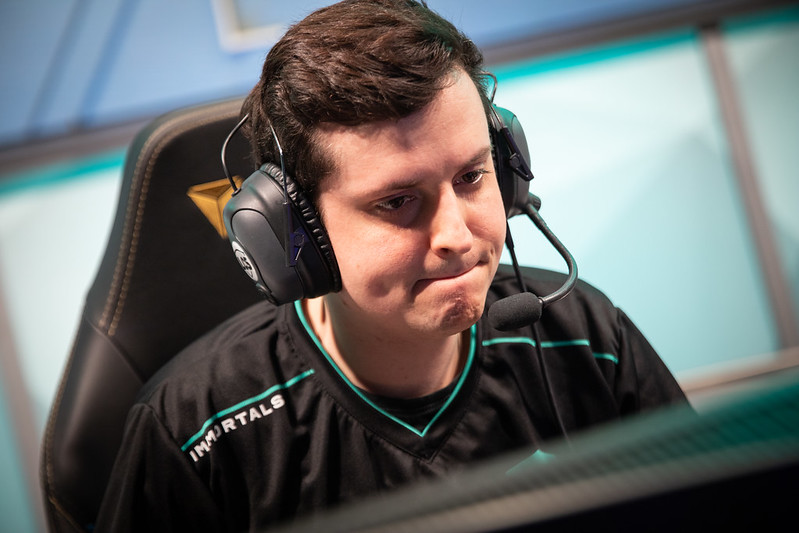 Paul “sOAZ” Boyer is probably the greatest Western League of Legends player of all time – given his longevity as an elite player. sOAZ debuted with Against All Authority back in November 2010. He and AAA finished second to Fnatic at the Season 1 World Championship. sOAZ also finished runner-up at the 2018 World Championship with Fnatic, though he ceded the majority of playing time to Gabriël “Bwipo” Rau. sOAZ won five domestic titles in Europe before moving to North America and Immortals for 2020 Spring.

sOAZ has never been known as a flashy top laner, but he has survived and thrived over nine years because of his adaptability. He is best known for his tank play, but he has played 69 unique champions in his career and only Shen has been played more than 28 games. sOAZ is known for being a rock that can absorb pressure from the enemy team without sacrificing his lane, making him the perfect complement for a star-laden team. He is an incredible initiator who uses teleport better than any top laner in the history of the game. 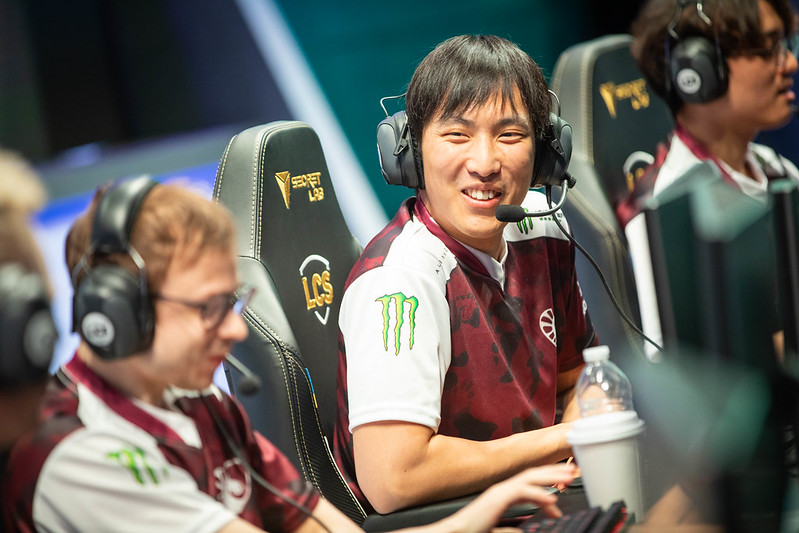 Yiliang “Peter” “Doublelift” Peng is North America’s best League of Legends player of all time. Always known for his mechanical abilities, Doublelift debuted in March 2011 with Counter Logic Gaming but did not pick up his first domestic title until his second stint with CLG in Summer 2015. He now has won seven LCS titles, including the last five in a row. The problem for Doublelift has been a lack of international success. He and Team Liquid made it to the finals of the 2019 Mid-Season Invitationals, but none of Doublelift’s teams have ever made it out of the World Championship Group Stage.

Doublelift debuted as a Blitzcrank one-trick but grew into the most mechanically gifted NA ADC of all time. He is most famous for his Caitlyn and Ezreal, but has had the most success in his career with his 66.7% win rate on Lucian. Like Uzi, Doublelift prefers to bully his lane opponents and favors long-range and earlier spiking champions. He is famous for greedily holding onto his Flash, leading to high variance mistakes and incredible outplays. 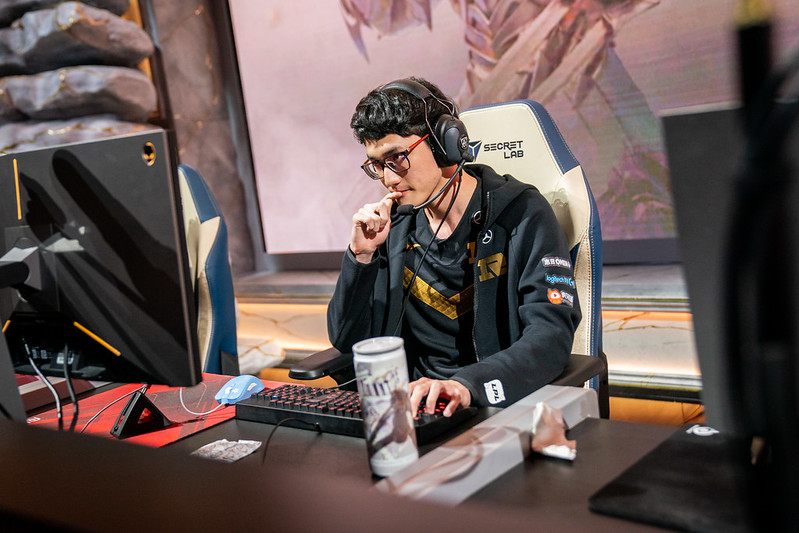 Hung “Karsa” Hao-Hsuan outlasted the League of Legends LMS region and has continued to thrive as a member of the LPL in China. Karsa debuted in June 2014 with Machi 17 but came to fame for the Flash Wolves. They dominated the LMS region during his three-year tenure, winning four titles and performing well internationally. He then made the move to Royal Never Give Up and won the LPL’s 2018 Spring Split, 2018 Summer Split, and 2018 Mid-Season Invitational with Uzi.

Karsa has been known for his smart jungle pathing and decision making. Though he has adapted through every meta, Karsa has defaulted more often to champions with early game impact than late game carries. Lee Sin is by far his most played champion with 83 games, but he has had incredible success with Gragas, sporting an 82% win rate in 50 games. His versatility and experience make him a perfect fit on any type of roster.