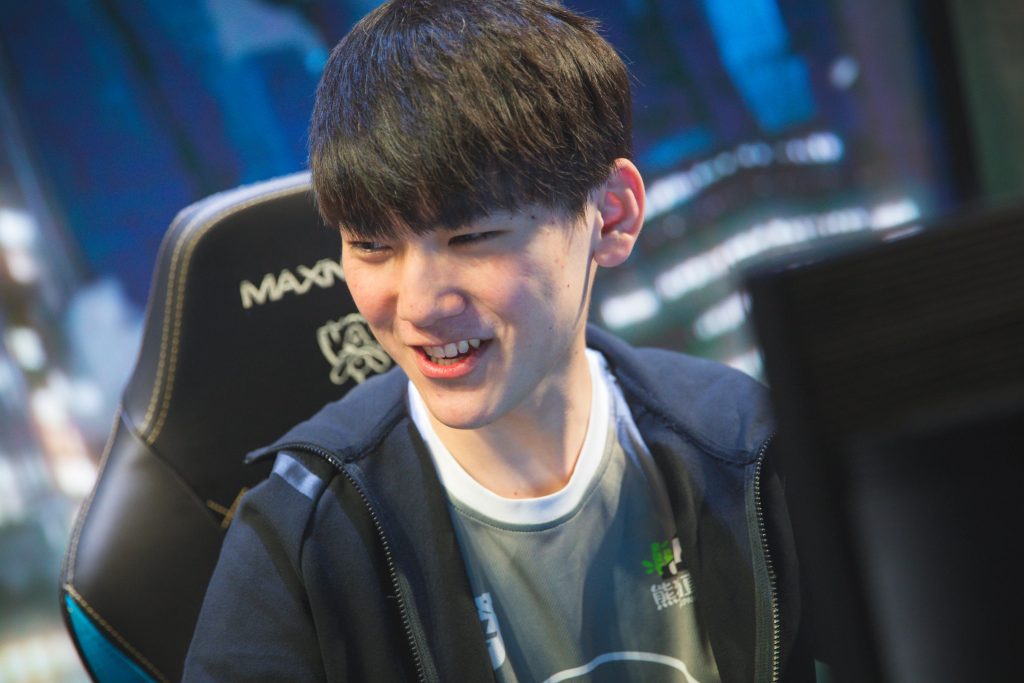 JackeyLove returns to the LPL after a five month hiatus from the league. (Photo courtesy Riot Games)

Yu “JackeyLove” Wen-Bo will return to the LPL with his recent signing to Top Esports League of Legends roster. After five months of professional inactivity, the former world champion will return to the bot lane in a professional setting once again. JackeyLove found himself without a team after Invictus Gaming chose to sign Ding “Puff” Wang to the roster. This is despite JackeyLove’s success with iG throughout the last two years. However, Invictus Gaming wanted a new style to change things up, which seems to be working so far.

But iG is not the only ones looking to switch thing up. Top Esports sit 4th place in the standings (7-3) and want to increase their playoff aims. With JackeyLove coming into the team, the roster has a great future ahead.

After rounds of kind negotiations, we now welcome Yu ‘JackeyLove’ Wenbo to join the TES family as our ADCarry using the ID: TESJackeyLove. pic.twitter.com/pE7TZyZb1M

During the LPL Summer Split 2019, the team finished 3rd in the playoffs. With the addition of a young yet proven superstar joining, this roster may go even further. JackeyLove will join the likes of Hung “Karsa” Hao-Hsuan, and Zhuo “knight” Ding. Pairing with these two names is undoubtedly a recipe for success.

Even with Top Esports looking promising, JackeyLove will re-join the LPL in the deep end. Top Esports’ next game is against World Champions, FunPlus Pheonix. If JackeyLove gets to start this series, then it may be a tough returning match. However, he has proven time and time again that he is a great player. He may even come out of the gate with all cylinders firing.

Despite this, there is still no certainty he will even start against FunPlus Pheonix this weekend. JackeyLove is sharing the spot with current Top Esports marksman, Ying “Photic” Qi-Shen. Only time will tell whether he starts or not. Either way, Top Esports is one to watch with JackeyLove’s signing. Let’s see how the rising LPL stars do with their newest player.