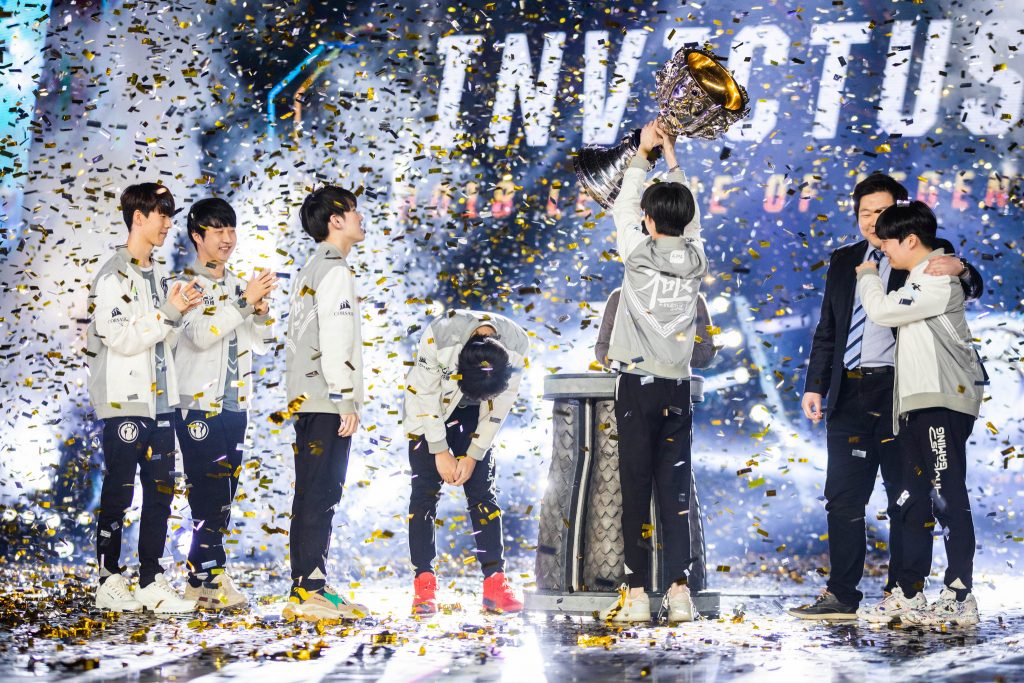 IG found themselves in a familiar spot in game 3. Like their series against KT Rolster in the quarterfinals, IG had gone up 2 games to 0 and had a large gold lead in game 3 when disaster struck. Broxah was able to steal Baron and Fnatic won the ensuing team fight. sOAZ had been subbed in, was performing well, and perhaps had given Fnatic a fresh outlook. It was the throw that could have been the undoing of Invictus Gaming.

Instead, IG showed their mental strength. Fnatic tried to force a fight bot lane at 24:30, but Baolan turned it around with his Rakan combo into Rookie’s Galio ult. IG took the team fight 3 kills to 0 and pushed onto the double Nexus towers. Rekkles was able to take out TheShy’s Aatrox, but IG killed Rekkles and pushed through to claim the World Championship in a blazing 25 minutes. JackeyLove finished 13/0/7 on Kai’Sa and Rookie 3/0/13 on Galio in game 3.

Games 1 and 2 were the Ning show. Thought to be the weakness of IG against the strength of Fnatic in Broxah, Ning outshone Broxah all series long. Ning punished Bwipo early and often in game 2, using Predator Gragas to close the gap on Bwipo’s Urgot and get TheShy’s Irelia ahead in lane.

As if that weren’t enough, Ning was able to steal away an Infernal drake at 13:20 and secure another kill onto Bwipo with a well placed Explosive Cask as Fnatic retreated. Ning went full Ability Power Gragas with his collection of kills, building a Morellonomicon and Zhonya’s Hourglass after his Runic Echoes and Sorcerer’s Shoes. He finished the game with a 5/0/11 scoreline in IG’s 33 minute win.

Game 1 was seemingly lost for Fnatic in champion select. Fnatic telegraphed their solo lanes early by locking in Irelia and Urgot, committing to a physical damage heavy composition. IG locked in Sion in response for his ability to stack armor. Instead of diversifying their damage output at AD Carry, Fnatic dug themselves in further by picking Jhin — a champion who cannot deal with armor stacking tanks.

On top of that, Caps elected to take Ignite over Cleanse mid lane on Irelia into Rookie’s Lissandra. Ning saw that and set up shop in mid lane. Without a survivability Summoner Spell, Caps was repeatedly killed in lane and IG handily won the early game with a better scaling composition. Caps ended the game 1/6/1 and Fnatic were never competitive in the 27 minute IG win.