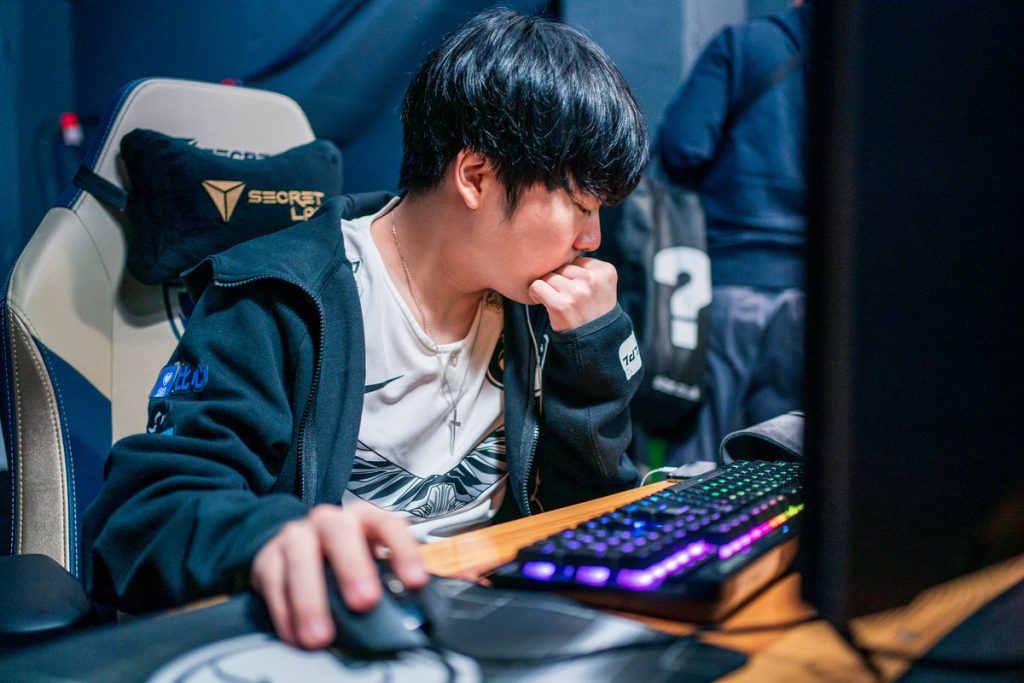 Invictus Gaming will miss out on Worlds after losing 3-1 to LGD Gaming in the Regional Finals. (Photo courtesy Michal Konkol - Riot Games)

With the LoL Pro League (LPL) Summer playoffs in the books, two final spots in the 2020 World Championship were up for grabs in the Regional Finals. Those two spots were claimed by Suning and LGD Gaming, completing the LPL’s field. Meanwhile, the two reigning champions in Invictus Gaming and FunPlus Phoenix have failed to qualify.

With Top Esports and JD Gaming making the Finals in consecutive splits, there was no drama left for the third-place game between Suning and LGD Gaming. Aside from side selection in the upcoming Regional Finals, the teams had nothing to play for, making it hard to draw conclusions from the series. Suning dominated it 3-0, but it was fair to wonder if LGD were holding something back in preparation for the match that would actually matter.

Congratulations to SN for taking the 3rd seed in #Worlds2020 after their hard-fought battle! #SNWin pic.twitter.com/sbvQxEuumm

As it turns out, that 3-0 sweep was very representative of how the first match of the Regional Finals would go. Suning swept LGD Gaming for the second time in three days, leaving no doubt who deserved to represent the LPL as the third seed in the 2020 World Championship. Suning will also be seeded automatically into the Main Event.

Lê “SofM” Quang Duy picked up right where he left off, earning his fourth game MVP in a row in game one. SofM went 2/0/10 on Lee Sin, leading Suning to a 15 kill to 5 win in 36 minutes. SofM had his MVP streak snapped in game two, but Suning won it even more convincingly. Hu “SwordArt” Shuo-Chieh’s Bard earned MVP for his impressive Tempered Fate engages, putting Suning up 2-0 in the series. LGD made game three more competitive in taking it to 40 minutes, but Suning again prevailed. SofM’s Lillia went 8/3/8, Tang “huanfeng” Huan-Feng’s Jhin went 4/1/8, and Suning clinched the series.

Despite the loss to Suning, LGD Gaming were not out of the Regional Finals. They got their second chance at a Worlds berth against Invictus Gaming and took advantage, winning 3-1 to take China’s fourth seed.

AFTER 5 LONG YEARS, LGD HAVE DONE IT!!! LGD will be back on the world stage as the #LPL 4th seed!

LGD took the first two games of the series and looked like they might sweep Invictus Gaming away. Su “xiye” Han-Wei earned MVP in those two wins, going 8/3/6 on Ekko and 6/2/14 on Orianna. Invictus Gaming rebounded to win game three on the back of Kang “TheShy” Seung-lok’s 6/2/5 Vladimir, but that was all iG could muster. LGD closed it out with a quick 12 kill to 4 win in 27 minutes to win the series.

For LGD Gaming, this breaks a five-year streak of missing Worlds. Newer fans may not be aware, but LGD are one of the old guard that once was one of the best in the LPL. It looked like LGD would miss Worlds again after a weak Spring, but the huge signings of Xie “Langx” Zhen-Ying, xiye, and Ling “Mark” Xu before Summer catapulted the team into a contender. Though they’ll have to make it through the Play-Ins, LGD will finally have their chance again on the biggest stage.

For Suning, this was a culmination of an incredibly consistent Summer. Though they weren’t talked about nearly as much as Top Esports, JD Gaming, Invictus Gaming, or even Victory Five, Suning were right there with them all during the regular season. A 3-0 loss to Top Esports in the semifinals did not deter them either, which is a great sign for a young team. They are sure to be a scary draw for the top seeds of other regions at Worlds.

With the excitement of seeing new faces at the World Championship also comes the disappointment of saying goodbye to the old faces. Both 2018 champion Invictus Gaming and 2019 champion FunPlus Phoenix will miss the 2020 World Championship after failing to qualify in the Regional Finals.

FPX 2-3 iG. We fought hard, but the result didn’t favor us this time. It’s sad to say, our 2020 journey ends here. But this too shall pass. See you again on the rift. #FPXLOL https://t.co/xquCECpJil

We knew at least one of these two teams would not qualify when they were matched in the opening round of the qualifier. FPX jumped out to a 2-1 lead after a trio of terrible games from TheShy (including a 1/10/3 Kennen performance), but iG apparently had a trick up their sleeves. Facing elimination, iG put TheShy on Ornn in game four. With a better team fighting threat top, iG thrived. They won game four 33 kills to 12 in 28 minutes as TheShy went 7/1/7. iG put TheShy right back on Ornn in game five, winning 9 kills to 3 to secure their advancement.

While it was out of character for iG to put TheShy on a tank, it made perfect sense considering their opponent. FPX want Kim “GimGoon” Han-saem playing the weak side, but FPX aren’t left with many options when TheShy opts into the scaling of Ornn early. They tried putting him on Camille in game four, but GimGoon couldn’t punish TheShy and ended 1/6/4. Going Volibear into Ornn in game five didn’t work either, as GimGoon finished 0/3/0.

This series was the exact reason why FPX acquired Kim “Khan” Dong-ha in the off-season, but his lack of cohesion with the team left him on the bench for the entire match. FPX chose to put their trust in team chemistry over the better mechanical option. While that obviously worked out for them last year, the dropoff in performance from stars Gao “Tian” Tian-Liang and Liu “Crisp” Qing-Song made the top weakness impossible to overcome. FPX’s one-dimensional style caught up to them as their players had weaker individual years.

Unfortuantly, our journey to Worlds2020 ends here. We are very sorry to disappoint all our fans and supporters.

There have been many ups and downs for us over the season and we fail to make it at the very last stop. pic.twitter.com/5Pl2BesUg6

Individual play is rarely the problem for iG, but inconsistency continued to bite them in their failure to qualify for the World Championship. In their subsequent loss to LGD Gaming, iG had an 0/6/3 game one from TheShy, a 1/5/3 game two from Gao “Ning” Zhen-Ning, and a 1/5/1 game four from Wang “Baolan” Liu-Yi. Song “Rookie” Eui-jin was consistently great, Ding “Puff” Wang was consistently average, but the rest of the team was too up and down.

It will be interesting to see what changes, if any, the two teams make in 2021. Invictus Gaming has all of their current starters under contract through 2021, but it wouldn’t be surprising to see them bring in more competition for Ning, especially if a new jungler would allow them to replace Baolan with Su “Southwind” Zhi-Lin. Baolan’s synergy with Ning is what brought him back into the starting lineup.

For FunPlus Phoenix, both GimGoon and Khan see their contracts expire at the end of this year. It’s hard to imagine that Khan would be willing to return to the team that benched him for both the Summer playoffs and the Regional Finals, even if FPX want to retool their team to be more willing to play around the top lane. That seems unlikely, though, if the other starters return. The other four remained signed through at least 2021. Kim “Doinb” Tae-sang and GimGoon briefly considered retiring after their 2019 win, so it’s possible they decide to hang it up. FPX will have to decide whether Tian, Crisp, and Lin “Lwx” Wei-Xiang are more likely to perform like their 2019 or 2020 versions going forward.