Hauntzer: “[Lillia] Looks Like She Would Be Good Top” 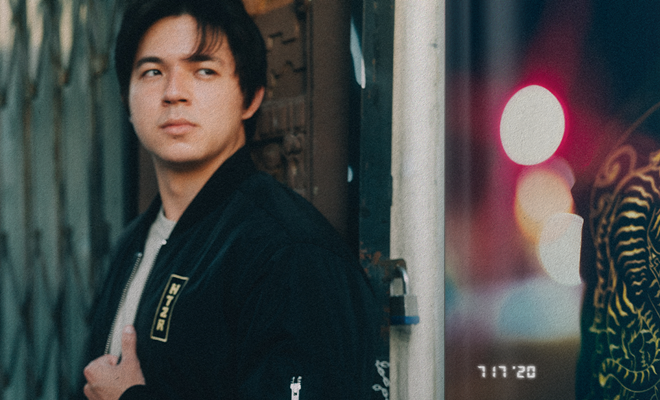 Since swapping out mid laner Greyson “Goldenglue” Gilmer for Tanner “Damonte” Damonte, Golden Guardians have slowly been raking in wins in the 2020 Summer Split. As they slowly work their way through the middle of the standings, they’ve proven to be a team that can go toe to toe with anyone in the league on a good day.

Compared to the low expectations of them heading into Summer, Golden Guardians are looking good and feeling fine; they just need to focus on consistency. Following their win against Immortals on Saturday, we spoke with top laner Kevin “Hauntzer” Yarnell about how he’s been getting on with his teammates, his new apparel collaboration with GG, and his ideas for a new top lane champion.

Hotspawn: That was a pretty convincing win from you guys today for the most part, but how tilting is it to play again Karthus, man? I was ready for you guys to close out and all of the sudden you were getting wiped by Karthus R.

Hauntzer: Yeah, we didn’t expect the Karthus [mid] pick at all. It’s something we didn’t really practice at all against either so it was really strong. We had to kind of figure out in the middle of the game how we wanted to play against it. We had TF so we were split-pushing, didn’t wanna force fights that often, and were just waiting on their timings. Yeah it’s just really annoying. When I was trying to take their inhib bot, Ornn all-inned me, he did like half of my HP, and then I see Karthus ult come down and just one-shot me. Like goddamn, this champion.

Hotspawn: [Laughs] So they didn’t even pull it out in scrims?

Hauntzer: Yeah I think only a select few teams were playing it and they weren’t the teams we were practicing against.

Hotspawn: Well on another note, seems like since [Tanner “Damonte” Damonte] has joined you guys, you’ve been looking a lot better. What’s the team dynamic been like with Damonte in and out of game?

Hauntzer: Damonte has a really set playstyle that he likes to play, and he just wants to play for the team. He’s not really selfish with his resources and he’s just a really good team player; he’s what every team wants to have. It makes it really easy for us to figure out how we’re gonna play the game, who we’re gonna give resources to, stuff like that. Even out of the game he’s a really good teammate. He does the team huddles for us and always gives us mini speeches of course. He’s just a great teammate.

Hotspawn: Are you close to anyone in particular? What’s life with Golden Guardians been like these days?

Hauntzer: I’m pretty close with everyone. Probably closest with [Choi “Huhi” Jae-hyun], because we just hang out a lot. Pre-quarantine we were just playing board games, hanging out a lot in the offseason, so pretty close with them. I feel like everyone on the team is really nice to each other. We’ve had our ups and downs, but we get along pretty well. 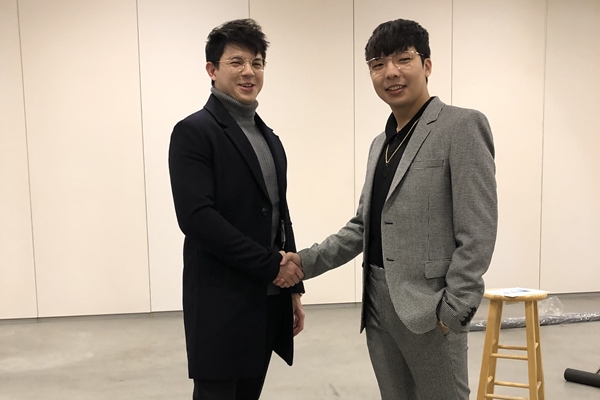 After sharing time with ADC and ex-support Yuri “Keith” Jew in Spring, support Huhi has been a big contributor to Golden Guardians’ success this split. (Photo courtesy Golden Guardians)

Hotspawn: A lot of people hype up [Can “Closer” Çelik] as a jungler and he lives up to it. From your perspective as a top laner, what makes him great to play with?

Hauntzer: I think one of his best attributes is he just knows what he needs. It’s very clear to understand how he wants to play the jungle. It makes everyone clear on “okay this is how he’s gonna path,” “this is how we’re gonna play around him,” “don’t die to ganks on these timings.” As a top laner it’s really easy to play with. He’s more of a carry jungler, he’s not a supportive jungler, so because he’s so vocal about what he needs it’s really easy to just play around him; give him what he needs and he’ll give back later in the game.

Hotspawn: So Golden Guardians just recently announced an apparel collab with you. Can you tell me a bit more about what went into that? Is it something you inspired?

Hauntzer: So when I first joined the team, that was something that I asked for. I wanted to have some kind of merch. I wanted to have that on my previous team, TSM, but they never got it along. So it’s taken a while especially with the delays from coronavirus, but it’s finally gotten going. It looks really sick, I’m pretty happy with how it went, and I’m just glad they were very open to having that kind of stuff and they put a lot of effort into it and I appreciate them.

Hotspawn: Did you help with the design at all?

Hauntzer: Yeah. It was kind of hard to come up with a logo or something, so I just told them “I think tigers are pretty cool,” and I showed them some sketches of what I thought would be cool and what would go well on the jackets and our designer-director-thing-person Crystal did a good job in designing the thing on the back.

Hotspawn: Some teams like 100 Thieves, of course, and Team Liquid have taken a lot of inspiration from streetwear trends in their apparel and are trying to make unique apparel. On the other side, we still have so many other orgs pushing the same snapback, hoodie, and “gamer sweats” with a huge team logo smacked on it…

Hotspawn: Well lastly I wanted to ask you about the new champions. Have you read up on Lillia yet at all? I know some pros haven’t.

Hauntzer: I’ve seen her kit. She looks pretty good. She looks definitely like an interesting champion, a pretty good bruiser-mage. And she looks like she would actually be pretty good top as well as jungle, so I’m excited to see how that works out. The new champions are looking pretty good. There’s also Yone, the new assassin character that also looks really sick. I’m pretty sure they’ll be really OP when they’re released, and if they’re not OP then Riot will buff it to make it OP. As pros we just have to adapt and try to pick up the champion as fast as possible because that’s just how it’s been going the last few years. I’m pretty excited.

I want more of a teamfight-heavy, super strong, scaling mage.

Hotspawn: They said they’re trying to release a champion for each role every year. We got Sett for top lane this year, but if it was up to you, what kind of champ would you want the next top laner to be?

Hauntzer: There’s already a lot of duelists out there right now, so probably some kind of top lane mage. Like Vladmir, Kennen, Swain. I really miss playing those kinds of champs. I think they take a special skillset that other champs don’t, and I feel like I’d be comfortable on those types of champions because I was a mid lane main before. It’s something that’s not often played. Maybe Lillia will be that sort of mage, but she’s more of a bruiser-mage. I want more of a teamfight-heavy, super strong, scaling mage. I think that’d be really cool. There’s already a lot of tanks, and Riot can rebalance the tanks to make them more prevalent if they want. But in terms of top lane mages it’s like Kennen, Vlad, and that’s it. So maybe more variety in that direction.