Blaber: “[MSI] Would’ve Been a Huge Learning Point for Us” 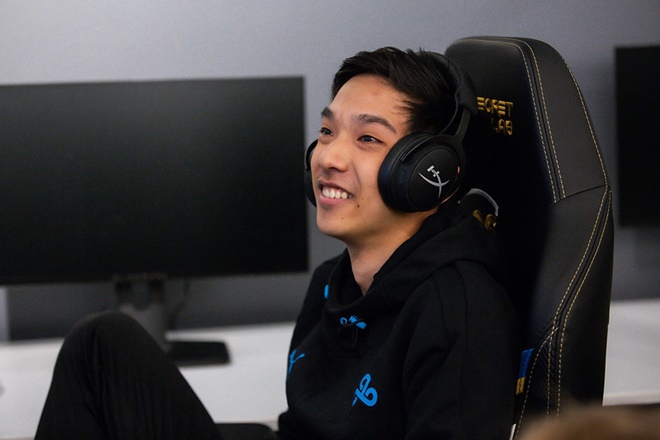 Although Cloud9 won the Spring Split, Blaber says it didn't feel the same without MSI on the line. (Photo courtesy Riot Games)

Cloud9 was thought to have lost the 2020 off-season after gutting three fifths of their starting lineup from 2019. To the surprise of many, the new additions came together to form a nearly unbeatable roster that dominated the League of Legends Championship Series.

The most notable contributor to the C9’s recent championship title is young jungler Robert “Blaber” Huang, who stepped in to fill the shoes of former MVP Dennis “Svenskeren” Johnsen. Hotspawn spoke with Blaber about his thoughts on his breakout performance and MVP win, missing the Mid-Season Invitational, and the origins of his name.

Hotspawn: Your teammates were open about citing you as a big reason why C9 did so well in Spring. If you had to point out a teammate, other than yourself, who would you say was the biggest contributor to the team’s success?

Blaber: It’s hard to point out one specific person, but I think it was our bot duo. I don’t really know who carries that lane, but I think it’s them. They did really well this split and were pretty much winning versus every other bot lane in the league and it made my job a lot easier because I always had push. I could do Dragon on spawn every game and it was just easy to play.

This split wasn’t that exciting in general.

Hotspawn: Speaking of your play, even your coach [Bok “Reapered” Han-gyu] has referred to you as kind of a wild card or aggressive player. How did you learn to control that over time and use it as a strength?

Blaber: I think I still play pretty aggressively compared to before. I think I go for a lot of risks, but I think a lot more before I go for some plays. Is it gonna be good? Are my teammates gonna help? Do my teammates need help first? I think I’ve been putting a lot of thought into when I’ve been making plays now, so I think that’s what’s made it different on stage.

Hotspawn: C9 obviously dominated this split, but COVID-19 brought about some unprecedented twists and turns. Did you or any of your teammates feel like this win was less important because there was no Mid-Season Invitational and all of that.

Blaber: Yeah the win definitely felt not as great as I thought it would. Obviously it feels great to win, right, but I’ve also lost in the finals and I know how shitty it feels that you’re not the one that won. I thought I’d feel the opposite of that when I won the split but it definitely didn’t feel as good as I thought it’d be because we won from home and this split wasn’t that exciting in general.

Hotspawn: Well did you expect to win MVP? Was that a huge surprise for you?

Blaber: I think at the beginning of the split it definitely would’ve been a huge surprise if you told me I was gonna win it, but I think as the split went on I didn’t think it’d be a huge surprise, but I [also] didn’t think I’d win it. I thought it’d be in contention and I personally thought [Yasin “Nisqy” Dinçer] would’ve won MVP last split but I’m glad I won it [laughs].

Hotspawn: I’m sure you follow other scenes, but [Seo “Kanavi’ Jin-hyeok] was another jungler who came up from a sub position and went on to win MVP and the split. Do you look at his play at all? What other junglers were you looking forward to facing internationally before you found out MSI was cancelled?

Blaber: I actually watched Kanavi play a lot this split. I thought he was extremely good and I was really looking forward to playing against him specifically. There weren’t many other junglers in the world that I was super excited to play against or really cared that much, but I think Kanavi was definitely the player I was looking at the most this entire year. I watched pretty much all of his games.

Not being able to go to MSI is a huge disadvantage for us personally.

Hotspawn: Do you think C9 would’ve been able to do really well at the tournament? How do you think it would’ve played out?

Hotspawn: You brought up an obvious point; You guys never got to test how good you actually were against anyone outside of NA. Asia actually got their own thing with the Mid-Season Cup. Do you think NA will be going into Worlds with no clue? Do you think the region is at a bigger disadvantage this year?

Blaber: Yeah I think not being able to go to MSI is a huge disadvantage for us personally. Not being able to play against the best teams in the world and potentially getting punished for our play is really bad for us. It would’ve been a huge learning point for us regardless if we won or not, just being able to scrim versus them and practice on stage against them. It would’ve been really good for us as a team, but it definitely sucks. I think NA goes into Worlds with a disadvantage every year honestly, because if your practice is worse then you’re just going to be weaker going into Worlds, right? So at least for C9 for the last couple years it feels like we’re catching up the first two weeks [of Worlds] and that’s not something you really wanna be doing when you’re AT Worlds.

Hotspawn: Assuming you’d expect C9 to make it, who do you envision joining you at Worlds this year?

Blaber: I think Team Liquid and probably FlyQuest now. TL has been doing pretty well recently versus us so I think they’ll be pretty strong this split, and I think FlyQuest are looking good, too.

Hotspawn: Most people didn’t expect FLY to meet you guys in the finals in spring. Do you think there’s something about them that’s allowed them to play at a high level this year and be in the conversation with you guys now?

Blaber: I personally don’t think FlyQuest will ever be able to beat us. I think they have a good chance of beating the rest of the league, but I think they have a really big problem with their team. I think [Lucas “Santorin” Larsen] and [Tristan “PowerOfEvil” Schrage] are really good, but if you want to do well internationally or do well versus other top teams, you need to have more than two players on your team that can carry the game. I think they can be good, right? But in order to be the best, you need to have people that are able to carry the game in every role. If you give them resources they should be able to carry.

Hotspawn: One last question then. I’m actually curious about your name, which was of course blaberfish2 before you changed it. What’s the story on that?

Blaber: [Laughs] Well my brother created my name like nine years ago, so I just stuck with it. There’s nothing really that led up to it.

Hotspawn: Why’d you end up shortening it then?

Blaber: I think my manager told me I should shorten it like two years ago, and so I said “sure, whatever, I don’t really care,” and I just changed it [laughs].

Cloud9 opens up the Summer Split with a rematch of the Spring Finals against FlyQuest on June 12 at 7 p.m. PDT.