Lessons From the Overwatch League’s May Melee 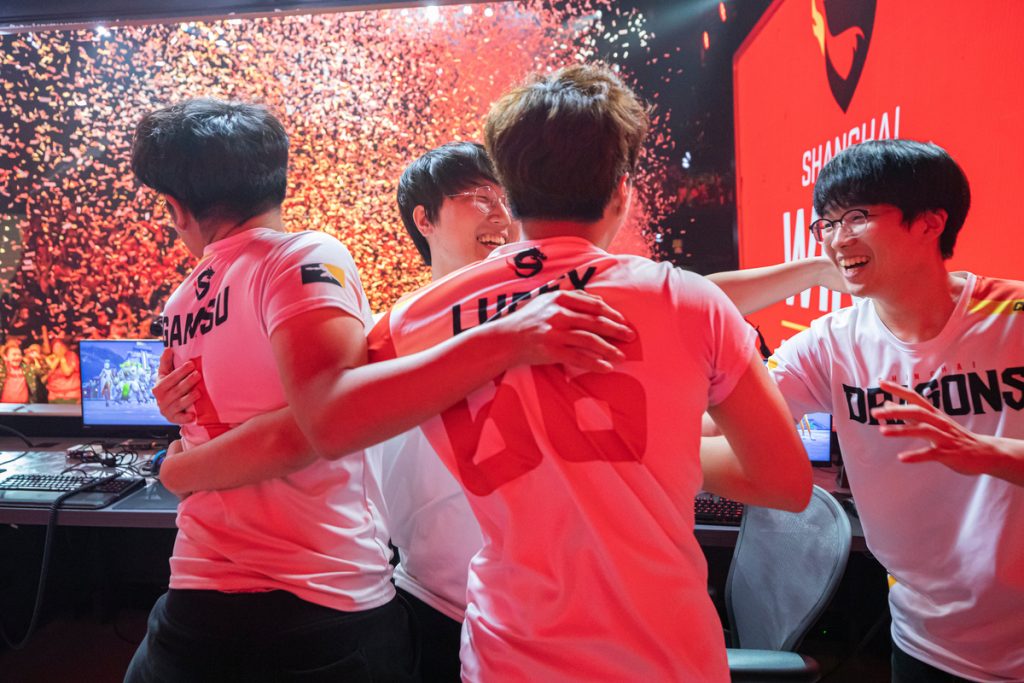 The Shanghai Dragons took home the title in the Asian Region of the May melee. (Photo Courtesy Robert Paul for Blizzard Entertainment)

“March will search, April will try, May will tell if you live or die.” – Farmer’s proverb

2020 has been undeniably challenging for the Overwatch League. The grand design of using Homestands to engage its global audience quickly went out the window before it ever really got going. Untimely retirements, organizational dysfunction, and unpopular changes to the game have sent the league reeling as it tries to find its footing in the midst of a global pandemic.

For all the uncertainty and turmoil that the OWL faced in the past few months, last week brought new hope in the form of the May Melee. The tournament was an experiment designed to inject life into professional Overwatch, a chance to gather information on how the league should operate. It shined a light on not only the structure of the league, but also on its teams, players, and meta. With that in mind, let’s take a look at some of the insights from the May Melee.

Overwatch Is As Balanced As It’s Ever Been

At the professional level, Overwatch has, for most of its history, been fairly rigid when it comes to the meta. At any given time, a handful of heroes have dominated. Sure, there were always outliers. You have your 2019 Chengdu Hunters. Some, like the 2019 Stage 3 Shanghai team, found success in stepping outside the bounds of the established meta. But variety has never been something professional play embraced on a wide level.

Of course, that stagnation and meta rigidity is what led to Hero Pools. In banning highly played heroes, an artificial diversity was introduced to the league. Regardless of the merits of the system, that variety seems to have bled out even in a week where the entire roster of picks was available.

For the first time in the league’s history, the highest picked hero came in below 60% for the week. Brigitte led the way at 58.2% with Echo following closely at 57.7%. No other hero made it above 50%. 18 of the game’s 32 heroes were played at least 10% of the time during the May Melee.

All in all, it was a marked departure from Overwatch’s past and a sign that Hero Pools have had some of the intended effect. Obviously, the parity of picks can’t be solely ascribed to Hero Pools – similar diversity has surfaced in the past before the meta solidifies with time – but in forcing a changing meta, Hero Pools made teams consider new ideas and heroes.

May Melee for OWL had more hero diversity and team styles partly because of hero pools.

During hero pools teams learned what was good or bad for their team/players and were forced to experiment. After everything was unlocked they were more confident to play to their strengths.

Hero Pools remain a controversial topic in the OWL community – players, coaches, and analysts have chimed in to say that their already strenuous workloads have only gotten harder to manage in 2020. Even as Hero Pools have succeeded in the goal of promoting diversity, they’ve created an unsustainable grind for teams. The question now is how the system can be altered to avoid burning the candle at both ends while still maintaining the variety that made the May Melee so entertaining.

The Shock Are Still On Top

After a slow start to the season, San Francisco appears to be back in their old form once again. Maybe they aren’t quite at the heights the reached in Stage 2 last year, but this team remains the gold standard when it comes to the OWL. Over their last seven matches, they’ve amassed a +18 map differential and cruised through much of the bracket. 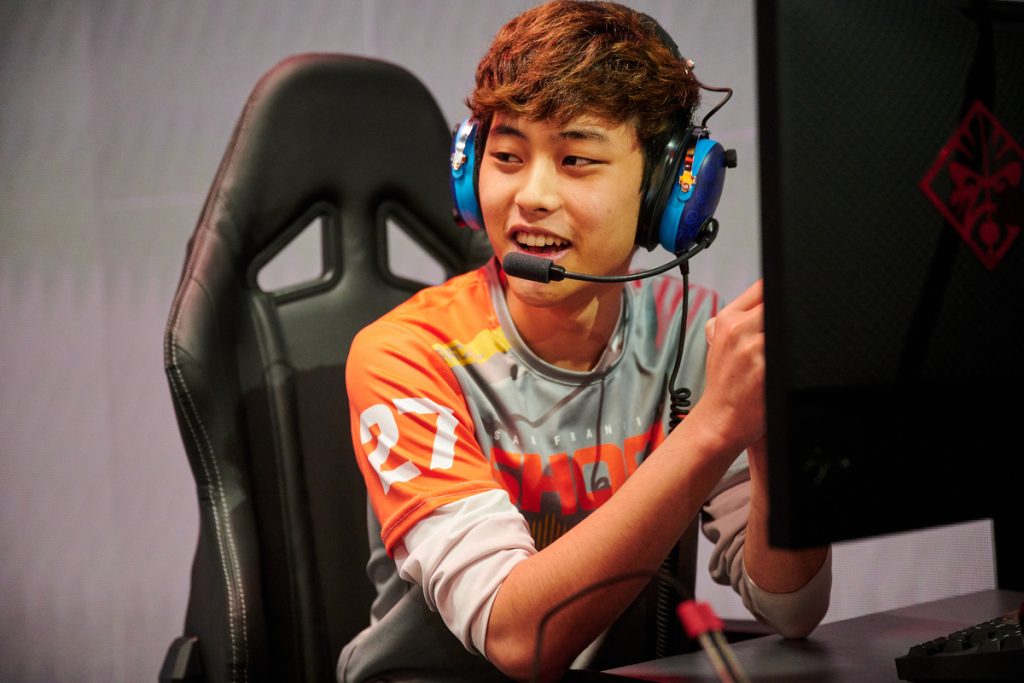 Their continued success during a chaotic 2020 is a truly remarkable feat. Despite losing the 2019 MVP to retirement, they’ve maintained their momentum, even as the DPS line was further whittled down by the recent trade of Minho “Architect” Park. They haven’t really even skipped a beat, relying on the otherworldly flexibility of Dong-jun “Rascal” Kim and the prodigious talent of rookie hitscan Seonchang “ANS” Lee to fill those holes. That duo was spectacular during the May Melee, especially ANS when he got to play his signature Widowmaker.

Their performance was a continuation of the excellence we’ve come to expect from the Shock under head coach Dae-hee “Crusty” Park. Since the start of the 2019 season, they’ve made every playoff final and come away with three titles, including last year’s championship. They are already the most decorated team in league history and show no signs of slowing down anytime soon.

The only question now is who can be what the Vancouver Titans were last year, the rival that pushes the Shock to new heights. If the league wasn’t split into two regions, the answer would be the Shanghai Dragons, who went on a similarly impressive run in the Asian bracket. As it stands, teams like the Fusion, Mayhem, and Eternal (with Yeong-han “SP9RK1E” Kim becoming eligible this week) will need to step up their game to contend with the champs.

The Asian Region Is Insanely Competitive

To an extent, we already knew this going into the May Melee, but the tournament only reinforced the parity present in Asia at the moment. Even if we know Seoul is more talented than their record suggests, the bottom seed nearly winning it all is a sign that the region as a whole remains entirely unpredictable.

In the six matches that were played in Asia, four of them went the distance, including the game of the year in the Grand Finals, an improbable reverse sweep by the Dragons that left the Dynasty shaking their heads. Even in the first round, against a middling London Spitfire team, Shanghai were on the verge of falling. It was a far cry from North America, where every match went to the higher seed, even if some were still upsets.

The eventual champions were faced with six elimination maps throughout the tournament and staved off defeat every time. It was a resilient effort that only cemented the Dragons as the best team in Asia.

Still, the challengers are plenty and varied. From the double-shield looks that nearly netted Seoul the title to the dive setups favored by New York and Chengdu, no one style dominates the region, making flexibility paramount for anyone wanting to stay on top. So far, Shanghai have been able to do it, but now they have a massive target on their backs. There are no easy weeks in Asia, and the May Melee proved that beyond a shadow of a doubt.

If nothing else, the May Melee served as a proof of concept for the idea of tournaments weaved into the fabric of the Overwatch League. It was an absolute thrill to see every team involved in a bracket for the first time, and the tournament introduced some much-needed stakes to OWL action.

Across the board, the response was positive from the fans and players. The streaming audience was up as fans tuned in to see teams fighting for an immediate goal. Teams picking their opponents in the early rounds led to some entertaining trash talk and livened up the broadcast in a big way. The league has already committed to more tournaments in the future, giving fans more big events to rally around.

Our May Melee was a ton of fun, and we've heard a lot of positive feedback from our community. We're excited to share more details early next week on how we build from here, including the schedule for the next tournament and broad structure the rest of our 2020 season! #OWL2020

Perhaps the best part of the May Melee was that it lent itself easily to building narratives that have been somewhat lacking during a difficult year for the league. Hero Pools have rendered team performance more variable than ever, defined not by any linear progression but by the randomness of which heroes are banned each week.

Letting teams play unhindered created a freedom that resulted in the most enjoyable week of Overwatch all year. A sense of optimism pervaded Overwatch for the first time in a long time, and it’s a feeling the league needs to pursue with fervor.

I began this article with a proverb that says May is the month that makes or breaks a harvest. If new growth comes in, the toil of the previous months will have been worth it. The Overwatch League has had its months of hardship. May arrived and brought life. Now we nurture it and reap a bountiful harvest down the road.