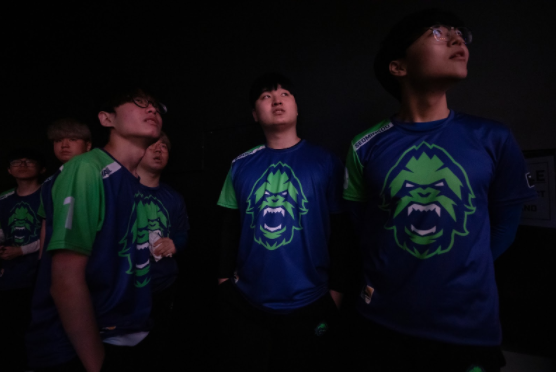 The Vancouver Titans have parted ways with their remaining players and coaches. (Photo courtesy Robert Paul for Blizzard Entertainment)

The Vancouver Titans announced Wednesday that the organization has released its entire roster and coaching staff. The move comes less than a week from the departure of flex support player JJANU and Head Coach paJion from the team.

In an open letter to fans, Titans Director of Esports Tim Holloway cited a strained relationship between players and management exacerbated by the COVID-19 pandemic. The players and coaches have been home in Korea since the end of March, and had previously planned on playing in the Asian region with the former roster. They played and lost two matches in Asia before the situation became untenable due to the distance between players and management.

Technical difficulties and communication issues followed. With management and the team on different continents, those problems proved irreconcilable, leading to Wednesday’s announcement.

The former Titans players are now free agents looking for new teams, likely in Asia, due to the ongoing pandemic. Among them are multiple MVP candidates, 2019 Rookie of the Year Haksal, and legends of the game like Ryujehong and Fissure.

Although the (team) title has changed since I started Overwatch, from the days of Runaway to Titans, I have spent 3 years playing hard without looking back but couldn't stop from being exhausted and it came to an end. It's a shame it has ended.

The announcement draws to a close one of the most successful but volatile runs in Overwatch League history. From their origins as Contenders team Runaway to their remarkable run in 2019, the Titans have always lacked the structure usually associated with success. They were a ragtag bunch from the beginning, and that may have contributed to this fallout.

The Titans are scheduled to return to play this weekend in North America, but it is unclear right now which players will be fielded. Holloway indicated that Vancouver is looking at Contenders players to form their new roster. Rumors have connected Contenders team Third Impact to the organization, but Third Impact players have denied them. Today, ESPN reported instead that five players from Second Wind will form the core of the new roster. Fans can expect further information on Vancouver’s roster moves in the coming days.