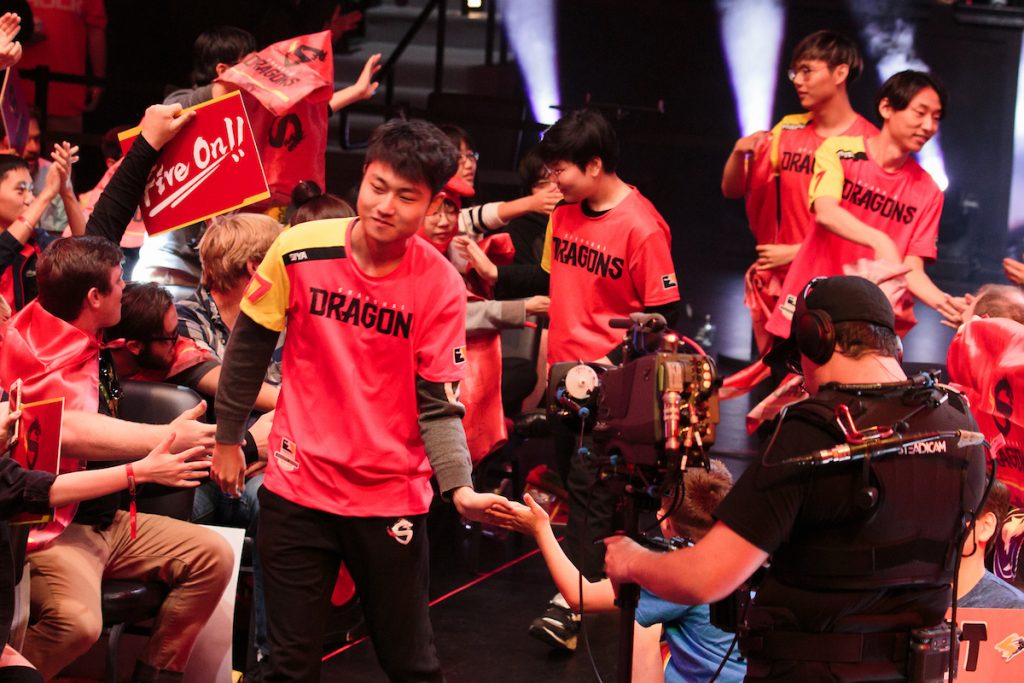 The APAC Countdown Cup is scheduled to begin at 1:00 am PT with a match between London Spitfire and Chengdu Hunters. (Photo courtesy Blizzard)

The Countdown Cup is set to take place this weekend, crowning a new regional champion in both North America and Asia.. The NA Countdown Cup started on Friday, while the APAC tournament is scheduled to start on Saturday, at 1:00 a.m. PDT. Heading into the APAC tournament, a major title is on the line and teams are looking to snap up as many victories as they can, in order to improve their season ranking before the playoffs. 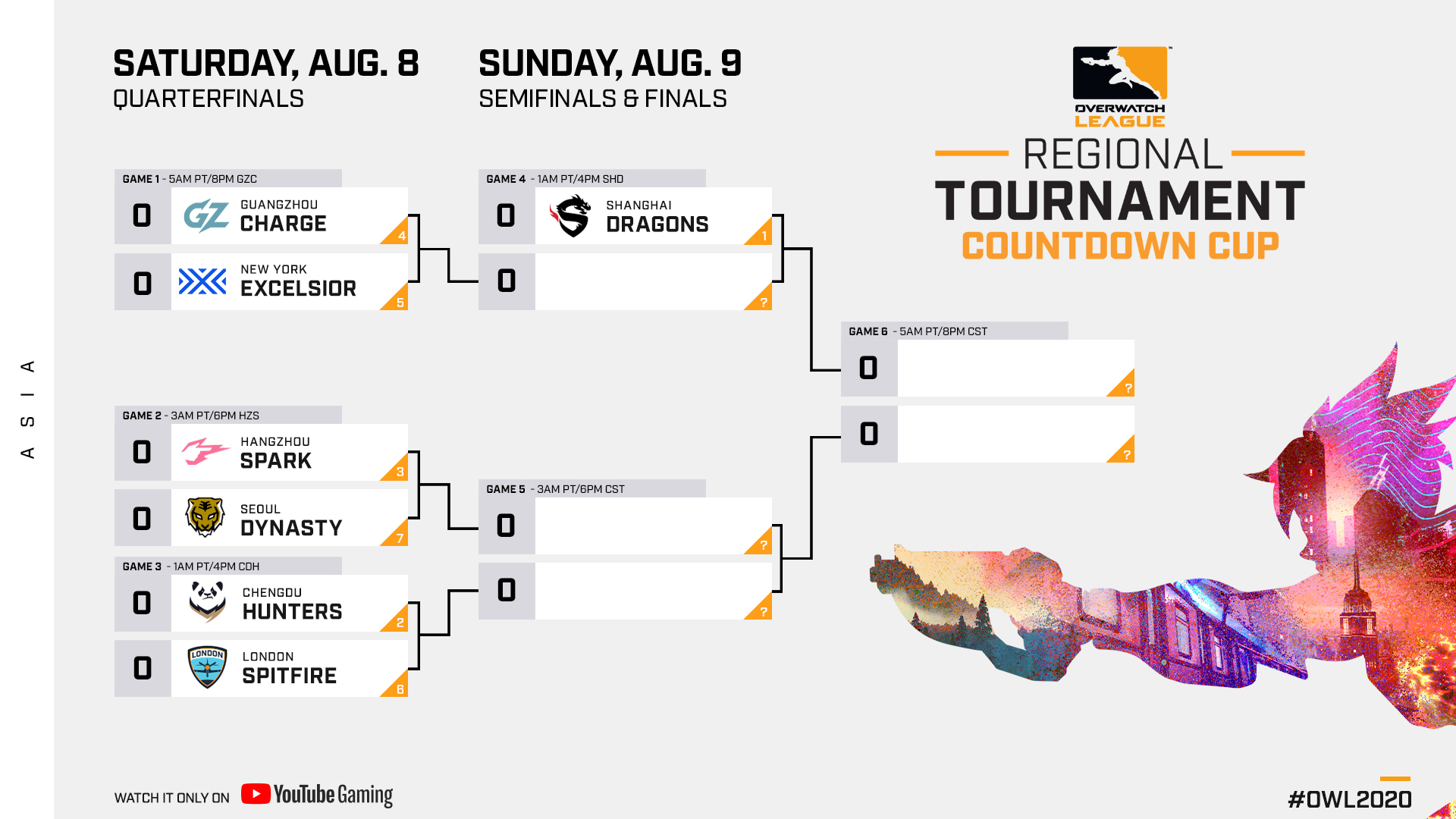 Although the top seeded Dragon’s don’t need to improve their season record to gain a good playoff seed, they will be looking to reclaim the APAC crown after losing to the underdog Guangzhou Charge in the Grand Finals of the Summer Showdown.

Based on their performances this year, London Spitfire, Hangzhou Spark, and Chengdu Hunters are all unlikely to win this weekend’s tournament.

London Spitfire started off their season playing at North American homestands. They got off to a decent start, kicking off their season with a 3-2 record. They even beat the Florida Mayhem in week 4, showing that they are capable of beating decent teams. In March, they moved their operations to South Korea in response to the COVID-19 pandemic, and joined the APAC division.

Since moving to the APAC division, the Spitfire have struggled to find their footing. They have only won three games since arriving in Asia, two of which were against the rather lowly Chengdu Hunters. On top of that, they were eliminated in the first round of both the May Melee and the Summer Showdown, showing very little potential in tournament play. It would be very surprising to see London make a run at the Countdown Cup, but if we learned anything at July’s Summer Showdown, it’s that anything can happen.

Hangzhou Spark had a better season than London. They are 9-11 heading into the tournament and have experienced reasonable success this year. The team has even defeated nearly every team in APAC at least once. The only team they have not yet defeated is Shanghai Dragons, which doesn’t bode well for them even if they do make a decent run to finals. However, in recent weeks Hangzhou hasn’t looked their strongest. They even lost a 0-3 series two weeks ago against the Chengdu Hunters, who have been called the “punching bag” of APAC. Although Hangzhou could conceivably win the Countdown Cup, given the current state of their play the odds are not in their favor. 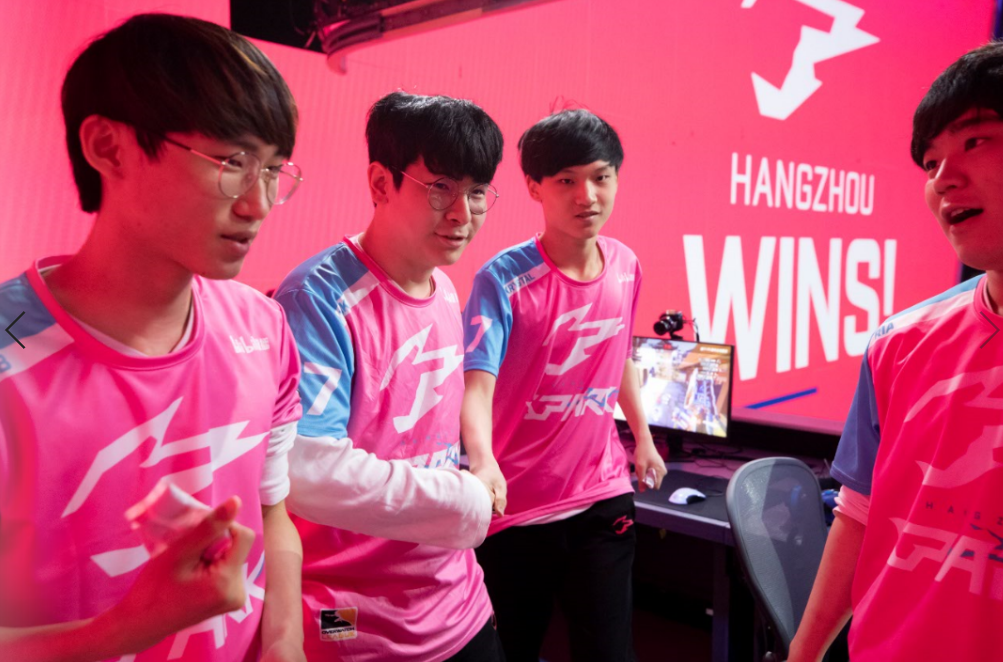 The final underdog candidate is the Chengdu Hunters. The Hunters have had a terrible year. They are ranked the lowest in the APAC division with a 7-14 record and have consistently struggled against every other team in Asia. The Hunters did manage to go undefeated over the past few weeks, securing the #2 seed in this weekend’s tournament. However, that success is unlikely to translate into the tournament, because all of their qualification wins were during a meta where Orisa was unavailable in the hero pools. Without Orisa, Ding “Ameng” Menghan was able to play Wrecking Ball essentially unchallenged. Since Orisa will return to the rotation during the Countdown Cup, it is unlikely that their Hammond dive composition will continue to work.

There are several eligible challengers who are in position to win the Countdown cup.

New York Excelsior started off their season strong in North America, jumping to an immediate 5-1 record in the first five weeks of season 3. Like the London Spitfire, the NYXL decided to move their operations to South Korea during the pandemic, since their entire roster is South Korean. 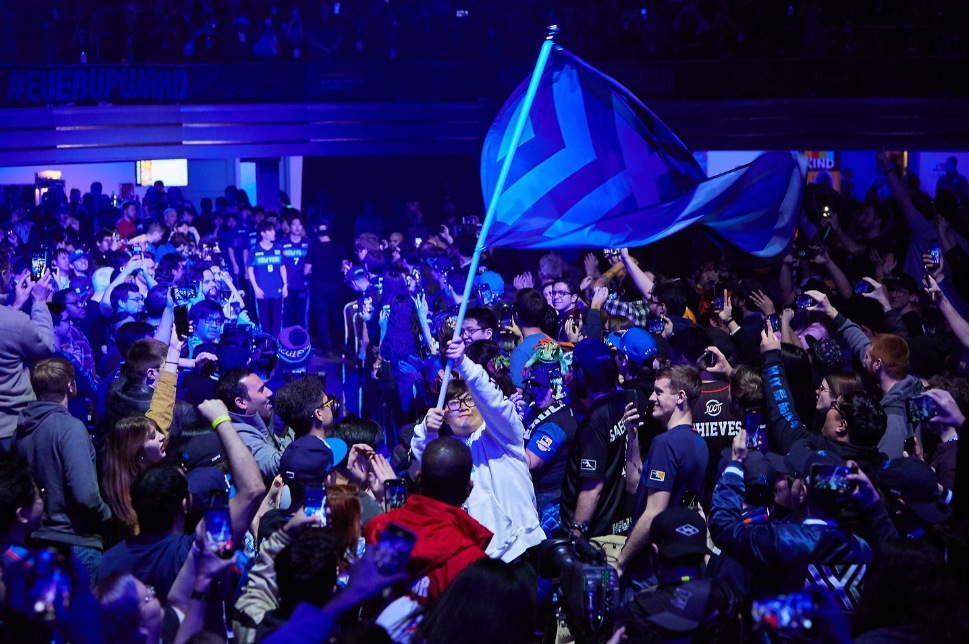 While playing in Asia, New York has seen respectable levels of success. They are currently third in the APAC division and are ranked seventh in the overall standings. They have demonstrated a consistent ability to adapt to new metas and situations. They also advanced to semifinals in both the May Melee and Summer Showdown. In their current form, New York is certainly capable of making a run to the Grand Finals, and perhaps winning it all.

The Seoul Dynasty will enter the Countdown Cup as the lowest seed. However, they also entered the May Melee with the lowest seed and managed to make it to the Grand Finals there, where they just barely lost to Shanghai. The Dynasty have struggled to stabilize their tank core over the past couple of months, even playing both of their main tanks and sitting out their Off-Tank Min-hyuk “Michelle” Choi. This instability has cast doubt on their ability to succeed during tournament play. However, this past week they promoted Off-Tank specialist Hyun-woo “Toyou” Lim from their academy team to their full roster on a two-way contract. Perhaps with his help they will be able to replicate their run to Finals at the May Melee.

The strongest challenger to defeat Shanghai is none other than the reigning Summer Showdown champions, the Guangzhou Charge. The Charge have had a great year and currently hold an 18-7 record, which puts them in the top five on the overall leaderboard. They won the Summer Showdown in an impressive 4-2 upset victory over the Shanghai Dragons in July. They also earned the top seed in the May Melee tournament in May. The Charge is the only team who has defeated the Dragons in the past couple of months. Maybe they can do it again.

The Dragons have had a spectacular OWL season 3. With only two regular season losses total on the year, they are the unquestioned leader of the APAC division. They are also currently positioned at the top of the Overwatch League leaderboard, guaranteeing themselves a high seed in the upcoming playoffs. 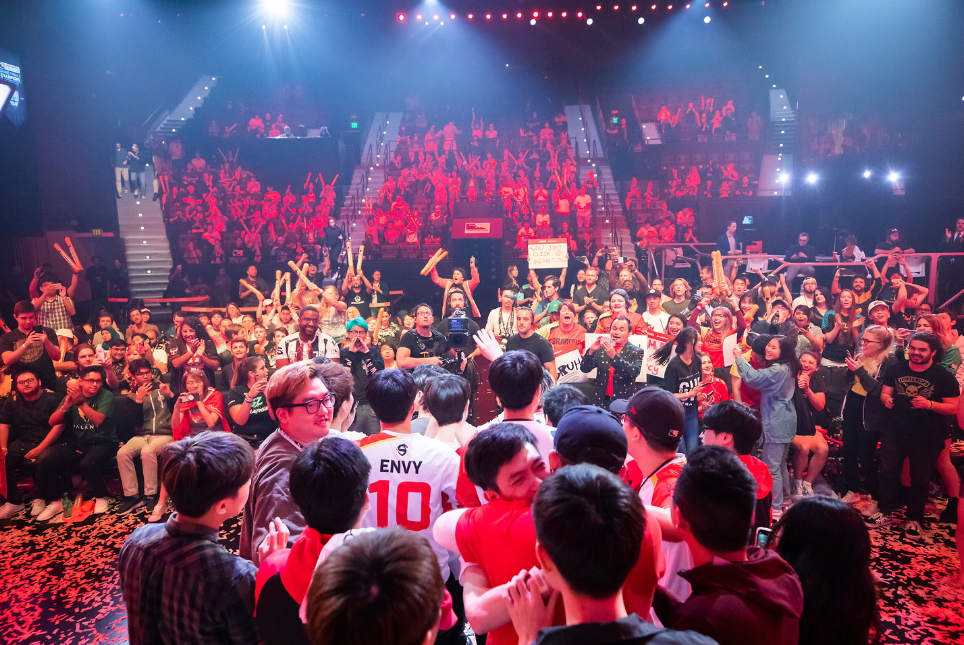 Adding to the list of reasons they are the strongest team, they won the May Melee tournament, went to finals at the Summer Showdown, and earned the top seed in the Countdown Cup after going undefeated through qualification. Their accomplishments simply dwarf those of any other team in APAC, including the Guangzhou Charge.

The key to Shanghai’s success this year has been their versatile roster. ByungSun “Fleta” Kim and Jae Won “LIP” Lee have proven to be highly flexible DPS players, capable of controlling the game regardless of what strategy their team chooses. On top of that, their tanks Euiseok “FEARLESS” Lee and Jun Woo “Void” Kang have looked incredible during the double shield meta and the resurging dive meta.

With all of that said, Shanghai did lose the Summer Showdown last month to Guangzhou and nearly lost the May Melee to the bottom seeded Seoul in May. They may dominate their regular season matches, but the Dragon’s have proven to be vulnerable in tournament play. We will have to wait and see if they can pull in yet another OWL title this weekend.