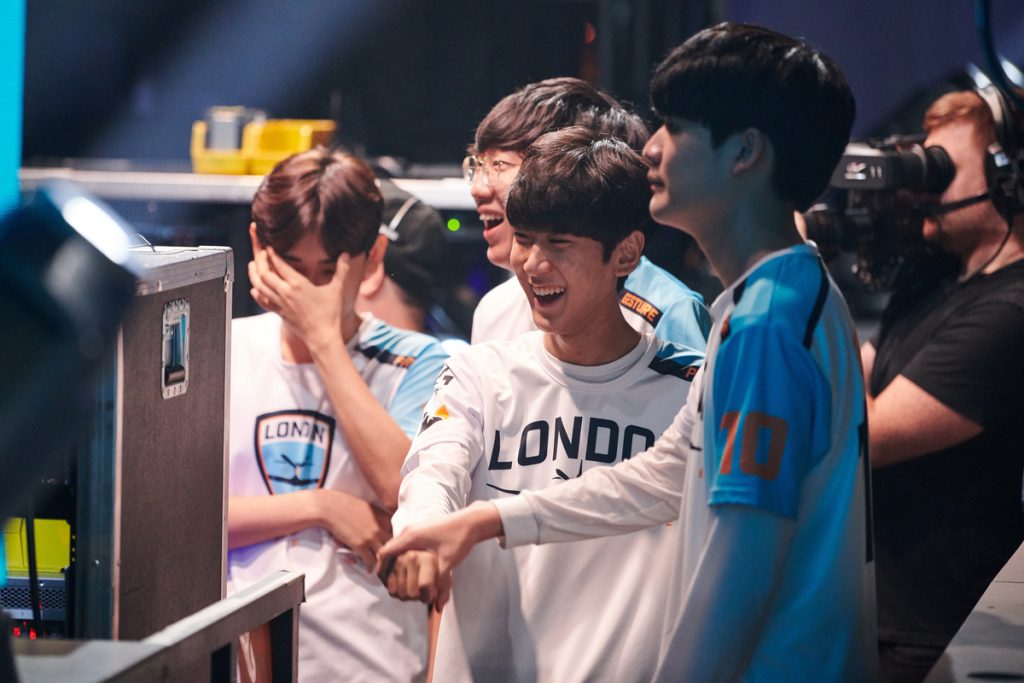 The opening round of the APAC Summer Showdown begins at 4 AM ET on Saturday July 4. (Photo courtesy Ben Pursell)

Last time around, the May Melee delivered some of the most thrilling action the OWL has ever seen, particularly in Asia, where four of the six matches went down to a winner takes all final map. Now, the tournament format is back for the Summer Showdown and the brackets are shaping up to delight once again. We posed some big questions for North America and now it’s time to turn our attention to Asia.

In May, it was Shanghai who fought their way back from an 0-3 hole in the Grand Finals to takedown Seoul and take the throne in the region. Since then, they’ve only solidified their place at the top, going 4-0 in the qualification matches. Now with everyone chasing the Dragons, can anyone actually step to the defending champs and knock them off their perch at the Summer Showdown?

The @ShanghaiDragons have the top seed this time, but can they defend their title?

Here is how the bracket is looking for the Summer Showdown in the Asian Region! Who do you think is going to lift the trophy?#OWL2020 pic.twitter.com/tCkF9wNbtm

In a seven-team bracket, it feels disrespectful to say that someone has no shot… but the Chengdu Hunters have no shot. It seems strange to say that when you consider some of the talent on this team and their propensity to create the kind of chaos that facilitates an upset.

Unfortunately, that combination just hasn’t yielded the results they wanted this year. Their big offseason addition Xin “Leave” Huang hasn’t quite been the star he was pegged to be, and they’ve fallen off lately, losing 11 of their last 12 matches. In North America, they’d probably be a middle of the pack team, but in the cutthroat APAC region, they can’t seem to keep up. 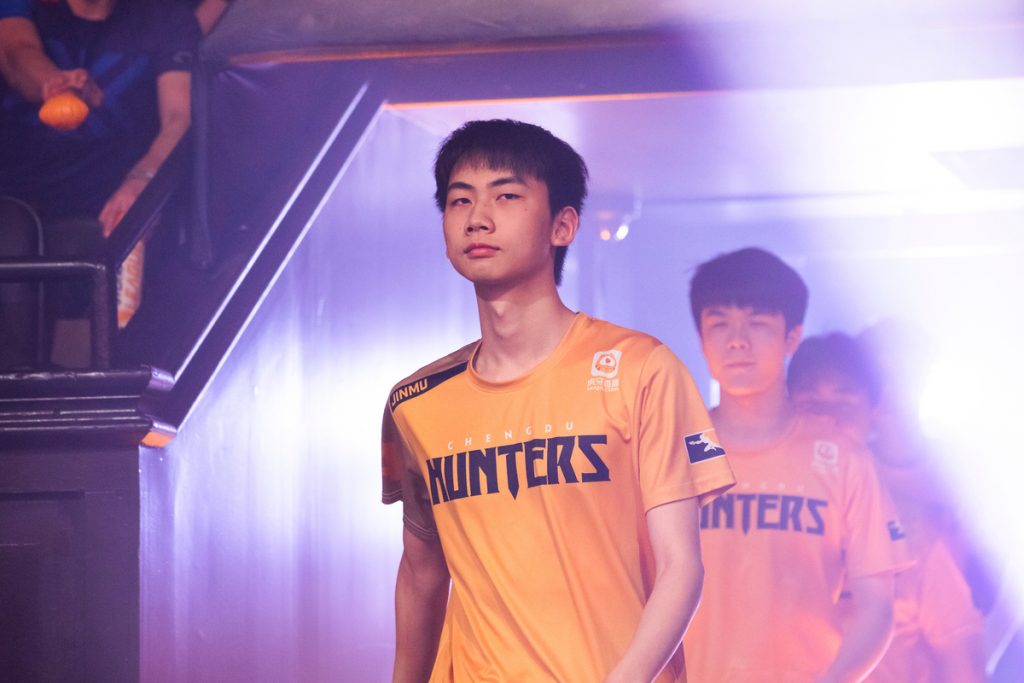 Maybe they can get something going by playing around Hu “JinMu” Yi’s explosive Genji, loading him up with Armor Packs and enabling his in-your-face style. Asian teams as a group were hesitant to go all-in on Genji last week, but Chengdu seems out of options at this point.

There’s a strong case that London don’t really belong in this group, that they aren’t a true underdog after a recent uptick in performance. At the very least, they’ve distanced themselves from the Hunters as the punching bags of APAC, and are more than capable of making an upset happen.

The real reason the Spitfire still have to be considered longshots is their road through the bracket. They open with a match against Seoul that seems very up for grabs. The Dynasty have been utterly unpredictable this year (more on that later), but they show up when it matters. They did it in the May Melee, and frankly, they should just be able to follow that blueprint once again. Even if London do make it through Seoul, they’ll run into Shanghai in the semis.

Still, the Spitfire have a lot to be happy about right now. Their young core is improving steadily, and they have some future stars on their team in Gilseong “Glister” Lim and Sewon “BERNAR” Shin. Given another month to keep growing and a more favorable bracket, London could really make waves in the next tournament, after the Summer Showdown.

Nothing about the Seoul Dynasty makes sense this year. They should be good. At times they are. They’re the only team to really push the Dragons at their peak, the only one to take maps off Shanghai’s best six-man lineup.

Then they turn into hot garbage in regular season play, where they’ve lost seven of their last nine. One of those wins is against the worst team in the region, Chengdu. The other came against the Dragons. Getting a read on this team is essentially impossible.

Still, they’ve been phenomenal whenever the shackles of Hero Pools are lifted, and tournament play seems to bring out the best in these players, even going back to the London Spitfire core of previous years. Nothing about their recent performance suggests that they should be good for anything more than a first-round win and a rematch with Shanghai in the semifinals, but they’re dangerous, plain and simple.

Perhaps even more perplexing than the Dynasty are the Hangzhou Spark. Adding Minho “Architect” Park was supposed to be what pushed this team to new heights. Instead, they went a middling 1-3 in the Summer Showdown Qualifiers, including an embarrassing sweep at the hands of the Spitfire last week. 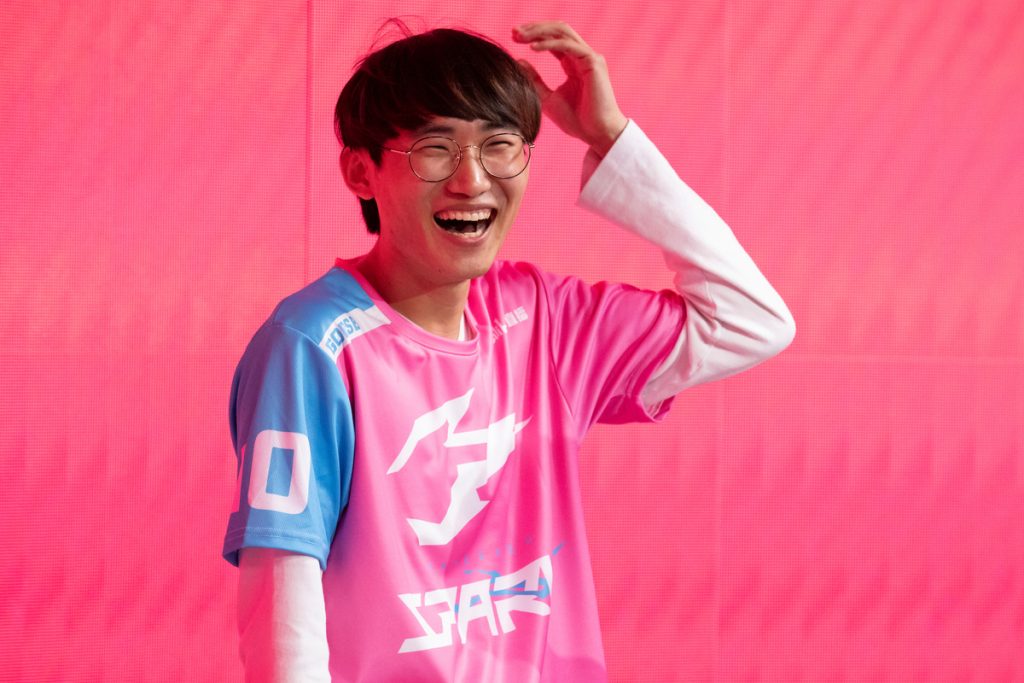 After looking ready to join the ranks of Guangzhou and New York in Week 20, the Spark came out flat against London last week. Their take on the meta seemed to lag behind the rest of the league, sticking to Echo as a go-to DPS pick when most have moved on to Tracer and Genji.

It’s somewhat understandable that they would avoid Tracer. The often-overlooked star of this team, Kyeong Bo “GodsB” Kim, is their only elite player on both Tracer and Ashe. Architect is serviceable on Tracer, but they don’t get the most out of their talent playing the meta-standard Tracer-Ashe DPS duo right now.

That’s why it would be nice to see Architect pick up the Genji. He’s been excellent in the past, and it would even open the door for Hangzhou to play some dive comps and let Qiulin “Guxue” Xu loose on his signature Winston. They’ll have their hands full with New York, but the Spark have the potential to go on a run.

The Guangzhou Charge aren’t getting enough respect right now. Their 4-0 record in the Qualification matches earned them the second seed, but they’ve also quietly won eight regular-season games in a row. They should probably be seen as the consensus second-best team in Asia right now, but they simply fly under the radar.

After a late-season surge last year, the Charge have continued their trajectory to become one of the most consistent forces in the league. They did it not with flashy free agent signings or sweeping changes, but with steady, focused improvement and excellent team coordination.

The only addition they made this offseason was adding Gicheol “Cr0ng” Nam to replace the departing Hong-Jun “HOTBA” Choi. While that move concerned some who were unfamiliar with Cr0ng, at the moment it appears to be a massive upgrade. Cr0ng has blossomed into a dynamic star at the flex-tank position and needs to be on the shortlist for Rookie of the Year. The Summer Showdown could be his and Guangzhou’s announcement to the league that they are contenders. 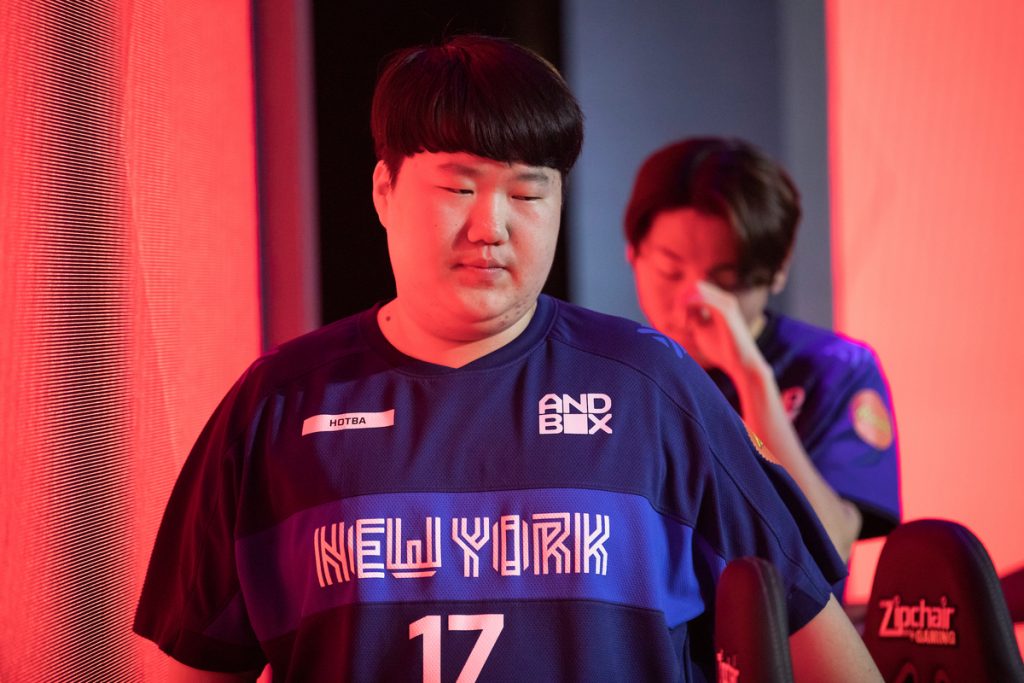 If everything goes according to plan, the Charge will have to deal with HOTBA and New York in the semifinals. A perennial powerhouse, the Excelsior have fallen back to earth a little this year as they’ve struggled to settle on the right lineup moving forward.

Jong-Ryeol “SAEBYEOLBE” Park is still the veteran leader of this team, but mechanically he isn’t the same player he once was. Now, New York have to reconcile those two realities. They probably won’t reach their peak with SAEBYEOLBE in the lineup, but he still feels integral to the team.

The addition of Hyojong “Haksal” Kim has given them another potential star, albeit one with an off-kilter hero pool. The NYXL haven’t yet found the best use for their new player, experimenting with him alternating between the Support and Damage roles last week. His Brigitte remains the best in the league, even after the changes she’s seen since he played her last season, but his talents feel wasted on a role where he only plays one hero.

Letting him loose on Genji is another option, one that New York has toyed with over the last few weeks. Haksal was making Genji work even before he got buffed, so it follows that he should dominate when his signature hero comes into the meta. The problem: New York has an abysmal 29% fight win rate when playing Genji over the last three weeks.

New York is a safe bet to get out of the opening round, barring a Hangzhou renaissance, but anything more would be a pleasant surprise. For a team with a history and aspirations like the Excelsior, that’s not good enough. We’ve come to expect more from them, and now’s the time to show it.

Much like in North America, there’s a final boss in the APAC region. Where San Francisco has dominated cleanly, the Dragons have had to scrap their way to the top, constantly facing off against top tier competition. Still, they stand as the undisputed kings of Asia.

It’s hard to poke holes in this team right now. They have elite talent at every position. They have a clutch gene that might be the best in the entire league. When they are at their best, it seems like no one can really hang with the Dragons.

Shanghai’s coordination is top notch. I don’t know if any team is even close in that regard right now. The blocks, the callouts, LJG’s shield bashes, Void’s solo fluxes… Beautiful Overwatch.

Shanghai have lost just twice the entire season and only once in the last three months. They enter the Summer Showdown on a nine-match winning streak and with a bye straight into the semifinals.

When they play their ideal six-man lineup, they seem nearly untouchable right now. On most teams, ByungSun “Fleta” Kim and Jae Won “LIP” Lee would have to carry most of the time, and they’re more than capable of that. On Shanghai, however, they can take a back seat at times.

The tank line of Euiseok “FEARLESS” Lee and Jun Woo “Void” Kang have been especially potent this season, relieving the pressure from the DPS and taking matters into their own hands. FEARLESS might simply be the best Winston player in the league right now, even with players like Guxue or Jaehui “Gesture” Hong looming.

It’s Void, though, who has been the absolute rock of this team. His performance on Sigma throughout the season has shown a mastery of the hero that no one else in the league can match. He gets overshadowed at times by the insane talent around him, but Void deserves to be in the MVP discussion right now.

If anyone can knock off the Dragons, it would make for an improbably upset, something that no one saw coming. But that’s the beauty of the Summer Showdown tournament format: it only takes one game to do the impossible and shock the world.