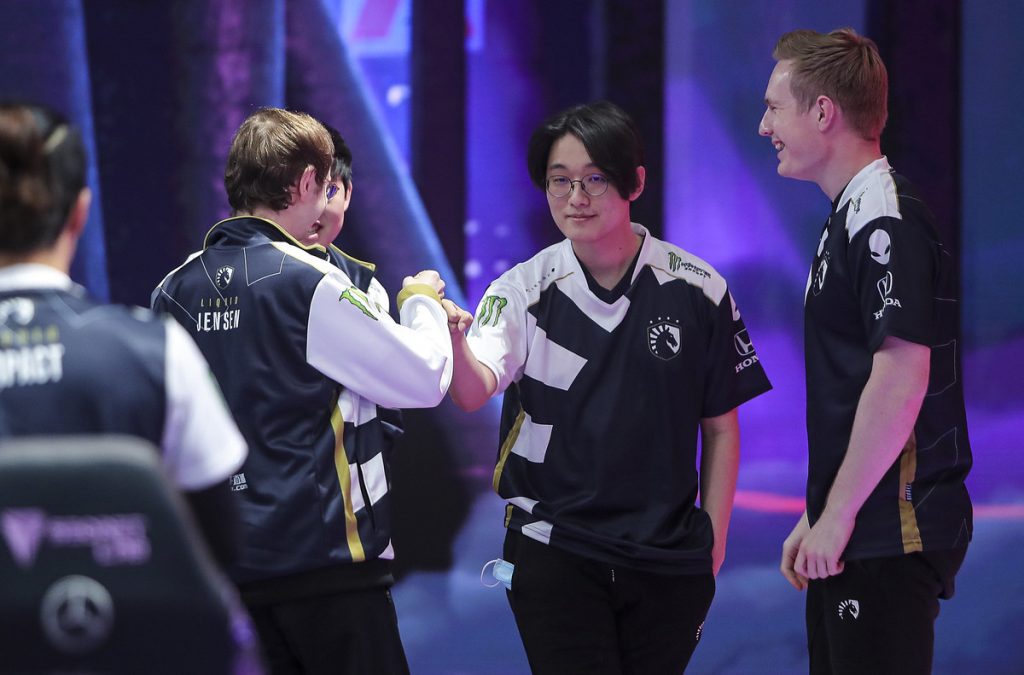 Play-Ins were no problem for Team Liquid, as they became the second team to qualify for the Main Event. (Photo courtesy Riot Games)

The 2020 World Championships continues on. With the conclusion of the single round robin in Group A, the results are in from Round 1 of the Play-In Stage. Team Liquid earned automatic qualification to the Main Event after winning a tiebreaker over Legacy Esports. Meanwhile, the MAD Lions had to scrape by a tiebreaker of their own after a rough start. We take a look at the top storylines of the World Championship so far.

North America has earned a lot of grief for their international play — rightfully so. They have been a distant fourth of the four major regions in results, and their domestic play hasn’t inspired much more confidence. The LPL has dominated the international scene in the past two years with an aggressive playstyle, something that the LEC and LCK have worked to adopt. On the other hand, the LCS has continued to play the slowest games of any major region. So, considering the perceived regional strength entering Worlds, the MAD Lions were considered heavy favorites over Team Liquid to win Group A of Play-Ins.

Team Liquid had a chance to flip that script immediately, as they opened against the MAD Lions. In a game with seven European players, it was the Korean and North American players who dominated for Team Liquid. Jung “Impact” Eon-yeong crushed Andrei “Orome” Popa, picking up a solo kill on the way to a 9/1/5 score on Mordekaiser. Edward “Tactical” Ra and Jo “CoreJJ” Yong-in dominated MAD’s bot lane, allowing Tactical to go 5/2/14 on Twitch with the highest damage dealt in the game (25.2k). TL won 22 kills to 10 in 33 minutes to get the tournament started off right.

The next two games also went well for TL. Liquid dominated Legacy Esports on day two, leading in gold the entire way to win 16 kills to 1 in 28 minutes. TL then faced the 2-0 SuperMassive Esports to take sole possession of first in the group. CoreJJ had an exceptional game on Rakan, showing the power of a champion most predominantly seen in North America. Nicolaj “Jensen” Jensen’s Sylas did the heavy lifting, going 8/1/10 on Sylas to move TL to 3-0 in the group. All TL needed was to close out with a win against the 0-3 INTZ.

As always, North America never makes it easy. TL took a big early gold lead based off of turret takes and CS advantages, but INTZ kept even in kills from skirmishes. As INTZ continued to pick off members of TL, particularly Mads “Broxah” Brock-Pedersen’s Lillia, their team fight threat grew more potent. Eventually, TL could not deal with the 5v5 of INTZ and lost. INTZ won 13 kills to 6 in 36 minutes, forcing TL to play a tiebreaker with Legacy Esports for first place.

After dominating Legacy in their round robin matchup, Team Liquid knew what to do in the tiebreaker. Broxah’s Graves took over, diving Legacy between turrets to snowball a huge early lead for TL. The game was so one-sided that it became a moral victory for Legacy to stop TL from ending sub-20 minutes. TL needed just over 20 to beast Legacy 19 kills to 3 to advance to the Main Event Group Stage. Team Liquid will join either Group A or Group B at the conclusion of Play-Ins.

While not the same heavy favorites that LGD Gaming were presumed to be in Group B, the MAD Lions were expected to be at or near the top of Group A. Even as the fourth seed from Europe, the team that led the LEC for most of the Summer regular season was expected to be a step above a group of wildcard teams and the lowest qualifier from North America. Whether it was jitters or a wake up call, the MAD Lions, like LGD, barely avoided elimination in the Group Stage of Play-Ins.

The bad weekend started off with a potential warning sign in their opening win against INTZ. The MAD Lions led in gold from start to finish, but it wasn’t the cleanest of wins. Despite being overmatched in macro play, INTZ skirmished well against MAD, especially top laner Rodrigo “Tay” Panisa’s Urgot (9/2/3). MAD took the opening game 18 kills to 14 in 35 minutes, but it was a shaky start.

The MAD Lions then lost for the first time at Worlds in the aforementioned game against Team Liquid. The real trouble, however, started in game three against SuperMassive Esports. The MAD Lions not only lost to the Turkish team, they got dominated. SuperMassive needed only 29 minutes to trounce MAD 18 kills to 5. Now at 1-2, MAD completed their round robin play with a devastating 25 kill to 13 defeat to Legacy Esports. Poor performances from Zhiqiang “Shad0w” Zhao’s Lillia (1/7/7) and Marek “Humanoid” Brázda’s Syndra (0/5/7) held back Matyáš “Carzzy” Orság’s Ezreal (8/5/5) from carrying. MAD Team Liquid’s loss to INTZ meant MAD had to face INTZ again in a tiebreaker for fourth.

Even that game wasn’t easy for the MAD Lions. INTZ held the gold lead for most of the game, building it up as high as 3k at 27 minutes. However, the MAD Lions came up with the big teamfights when they needed them the most. Carzzy’s Ezreal picked up a late double kill, Humanoid’ Orianna picked up another, and MAD came back to win 14 kills to 7 in 38 minutes. The MAD Lions survived Group A by beating the same team twice, again just like LGD.

Joining the MAD Lions in Round 2 of the Play-Ins are Legacy Esports and SuperMassive Esports. Legacy finished the round robin 3-1 before losing to Team Liquid in the first place tiebreaker, while SuperMassive started 2-0 but lost their final two games to finish at an even 2-2.

Legacy Esports definitely performed the highest above expectations in Group A. They kicked off their tournament by beating INTZ in a 17 kill to 17 game that wasn’t as close as the kill count looked. LGC led in gold throughout. Legacy then dropped a game to Team Liquid, but followed it up by upset wins over both the MAD Lions and SuperMassive. Legacy almost doubled up MAD in kills in their victory, then absolutely crushed SUP 27 kills to 9 in their final round robin game. Legacy finished with another disappointing loss to Team Liquid in the first place tiebreaker, but their second place finish is a wonderful success.

SuperMassive, though, may be left wanting more. They started Play-Ins with dominating wins over INTZ and the MAD Lions. In those two games, SuperMassive combined to go up 34 kills to 7. They thus entered day three tied with Team Liquid at the top of the group at 2-0. Unfortunately, they could not keep up at the top of the group. TL beat SUP 20 kills to 8 to knock SUP down to 2-1. Now tied with Legacy at 2-1, the OPL side beat SuperMassive 27 kills to 9, knocking SUP all the way down to third. SuperMassive will now have to win two best-of-fives to make it to the Main Event.

SuperMassive will take on the MAD Lions in the first of those matches, with the winner advancing to play the Unicorns of Love. Meanwhile, Legacy Esports will need to win just a single best-of-five match to qualify for the Main Event Group Stage. They will take on the winner between Rainbow7 and LGD Gaming on Tuesday, September 29th at 11 p.m. PST.