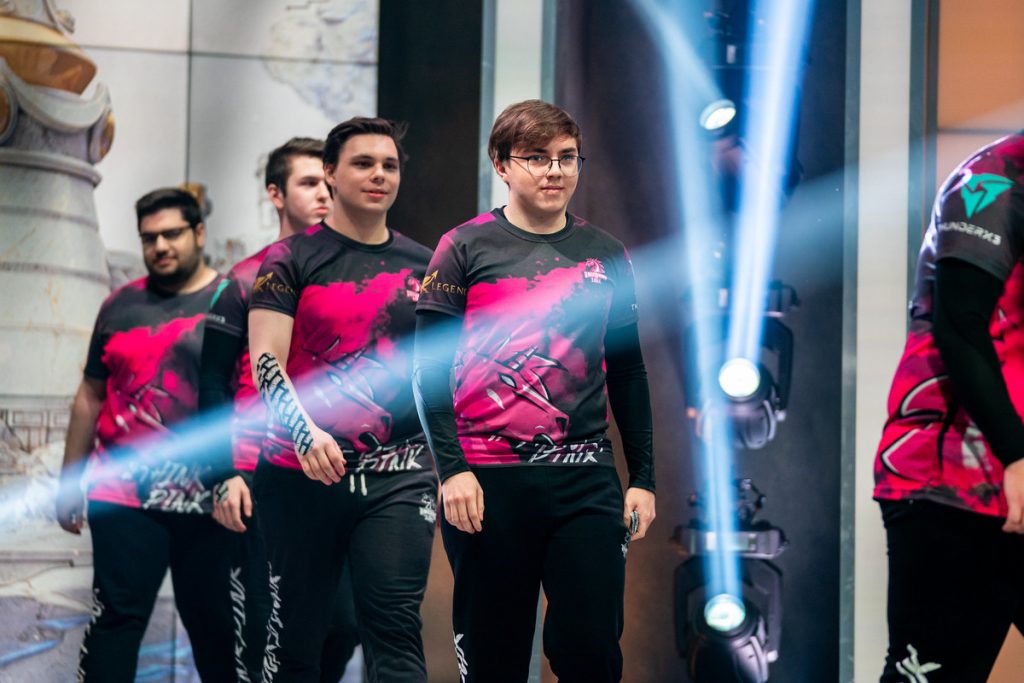 The Unicorns of Love took part in the Worlds 2019 Play-In and now they are back with a vengeance. (Photo courtesy Michal Konkol - Riot Games)

The Play-In for Worlds has always been the perfect opportunity for the lesser-known teams to show the world how good they are.The lower seeds from the LCS, LEC, LCK, and the LPL usually contend against the emerging regions before they can gain entry to the Main Event Group Stage. It is here that the emerging regions get the opportunity to show off their style and pick up great learning experiences from some of the biggest teams in the world.

Although historically speaking, the emerging regions largely struggle on the international stage. Though there are two returning teams in the Play-Ins aiming to show the world they are ready for their new opportunity. The TCL’s SuperMassive (Turkey) and the LCL’s Unicorns of Love (CIS) are back once again. Only this time, their line-ups are much stronger and they have the Play-In experience to match.

The return of SuperMassive

SuperMassive is a team that has been to Worlds in the past and no doubt they are going to try and outdo their previous record. SuperMassive last appeared at Worlds in 2018, and they were so close to getting out of the Worlds Play-In then. The team only lost to G-REX in a close series, missing out on the Main Event Group Stage by the slightest margin.

Fast forward two years on, SuperMassive is using some of the team that appeared at the 2018 Play-In. Their 2018 bot lane consisting of Berkay “Zeitnot” Aşıkuzun and No “SnowFlower” Hoi-jong retain their spot and can lead their team through the dangerous terrain. On the other hand, the team has got an upgrade with the legendary Korean Jungler, Lee “KaKAO” Byung-Kwon helping the team reach new heights. KaKAO was once part of the famous KT Rolster rosters from 2012 to 2014, with the latter half of his career spent working with younger LCK and TCL teams. The remaining two players on SuperMassive are İrfan “Armut” Berk Tükek and Onur “Bolulu” Can Demirol who joined SuperMassive in December 2019 in the top and mid lanes respectively.

Throughout the year, this team has performed above average for their region, finishing third place in the regular season in both the Winter and Summer Split. While the Winter Playoffs had them finish fifth place, they came back in the Summer playoffs with their newfound skills and won it with a close 3-2 series against 5 Ronin.

With their victory in the TCL Summer Finals, the team makes its return to the Play-In stage. The Turkish side is in Group A, up against MAD Lions, Team Liquid, Legacy Esports and INTZ. The SuperMassive team must put in a lot of work if they hope to get the first seed bye into the main event, as the big dogs of the LCS and the LEC are the two favorites to take those slots.

For SuperMassive getting to the Worlds 2020 Group Stage Main Event is all about beating their previous attempt. They finished 3-1 in their 2018 group before losing the tiebreaker against G2 esports for the first place. But now they must go through the hurdle of having a larger group stage because of the impact of COVID-19. If they then survive the group but do not take first, they must then run the gauntlet. The challenge ahead is dangerous for the Play-in teams, but the reward at the end is a powerful statement. Not only will SuperMassive need to play upset to the Major Regions, but they may likely beat their personal record, and match the likes of Dark Passage and 1907 Fenerbahçe Esports as teams capable of reaching the groups doing so.

The Dark Horse: Unicorns of Love

The LCL has a history of playing upset at the biggest event of the year. In 2016, Albus NoX Luna commanded respect from every team they played, yet none would deliver their request. The team made it out of the Groups in a shocking result beating out both G2 Esports and Counter Logic Gaming. It was only in the quarters that H2K gave them what they wanted and knocked them out of the tournament. In 2018, Gambit was only one game away from eliminating Cloud 9 in the Play-Ins, as was the Unicorns of Love in 2019 vs Splyce. Either one of these results could have been one of the most extraordinary Worlds upsets to date. This year the LCL seems no different as the Unicorns of Love is gunning as a favorable underdog as they return to the Play-Ins as a greater threat than they once were.

Last year, UoL managed to tie with Clutch Gaming, the representative from the LCS, in their Play-In Group and brought Splyce to elimination point in the playoffs. During the off-season, they replaced their bot lane with a new duo to further improve their ability to compete in the LCL.

The Unicorns of Love roster now consists of Vladislav “BOSS” Fomin, Kirill “AHaHaCiK” Skvortsov, Lev “Normanz” Yakshi, Ilya “Gadget” Makavchuk, and Aleksander “SaNTas” Lifashin. The Unicorns of Love has had one of the best regional showings of perhaps any team in the world. The Unicorns of Love only lost one map in the regular season all year, and that was in the LCL Spring Regular Season. Furthermore, they went undefeated in the Summer Regular Split and convincingly battered Gambit in the finals in a 3-1 series. These five players are heading to worlds with one of the largest kills per minute at 0.95 KPM and have a shorter average game time than DAMWON Gaming at just under 28 minutes. If this team is allowed to play their style, they are sure to be one of the powerhouse teams in the Play-In, and potentially in the Main Event.

Unicorns of Love is drawn into Group B of the Play-In, alongside LGD Gaming, PSG Talon, Rainbow7, and V3 Esports. While the LPL fourth seed is the likely favorites of Group B, the Unicorns of Love from the LCL have the hype and momentum to take games off them. LGD has been all over the place in the LPL and only just managed to claw their way into fourth place. On the other hand, PSG Talon is heading to Worlds with substitutes. There has never been a better time for the LCL to send their powerhouse into an event to cause upset. The Unicorns of Love come across just as strong as the Major teams in the Play-Ins, and it will be fascinating to see if their regional hype can continue into Worlds 2020.