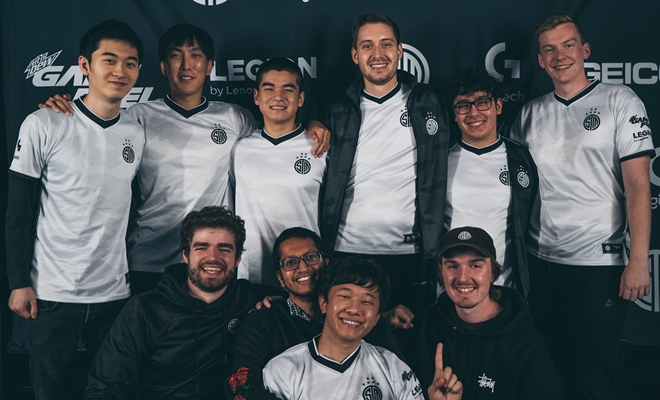 Worlds 2020 means another year of low expectations for the LCS, but if the North American teams focus on playing their game, they may surprise people this year. (Photo courtesy TSM)

With the League of Legends 2020 World Championship on the horizon, the LCS teams find themselves in a grey area as both known quantities and complete enigmas heading into the tournament. Its first two seeds, TSM and FlyQuest, will be lucky enough to slot straight into the main event, while Team Liquid will have to claw their way out of the Play-in Stage.

Historically speaking, the LCS has an interesting reputation when it comes to international tournaments. While the community finds enjoyment in teasing the region for their results, they’ve proven capable of pulling off groundbreaking upsets on a good day despite their underwhelming overall performances. Here, we profile the North American representatives ahead of Worlds’ kickoff.

The king has returned

Back in Spring, people were praising Cloud9’s championship roster as the most dominant team ever produced in the LCS. Months ago, people were calling the first place Team Liquid the most consistent team in the LCS. A few weeks back, FlyQuest was the undisputed favorite to win the Summer Split; now, TSM holds that title. So what happened?

Demystifying the LCS’s first seed team involved understanding how they turned an entire region upside down in the Summer Split playoffs. After getting swept out of the winners’ bracket by Golden Guardians, TSM pulled themselves up by their bootstraps and ran the entire losers’ bracket all the way to their 7th title, taking down C9, TL, and FLY during their run.

TSM became the best team in NA by showing incredible growth and adaptation on Patch 10.16 inbetween series’. Star mid-laner Søren “Bjergsen” Bjerg may have been playing some of the best League of Legends of his professional career, which allowed his teammates to really shine. Rookies Sergen “Broken Blade” Çelik and Lu “Spica” Ming-yi stepped up in a huge way in carry roles, playing champions like Nidalee, Graves, Jayce, and even jungle Shen to completely dominate the top side of the map against NA’s best teams.

TSM steps into Group C of the Main Group Stage as the most versatile team in NA. Throughout playoffs they’ve honed an aggressive playstyle that feeds off their stable bot lane duo of Yiliang “Doublelift” Peng and Vincent “Biofrost” Wang (with Erik “Treatz” Wessén as a sub support), strong mid-jungle duo, and self-sufficient top laner. Moreover, after playing five back-to-back elimination matches in playoffs, this TSM roster has a fearlessness that shows in their confident play. Their willingness to pull out unique situational picks, like Evelynn and Zilean, will be their greatest asset in the group stage. Many have rated them as the LCS’s best shot at reaching the Knockout Stage this Worlds, but their competition so far in their group is Fnatic and Gen. G, with LGD as the favorites to round the group out; escaping won’t be easy.

Flying under the radar

Even though TSM won Summer, FlyQuest won the hearts of NA fans in 2020. After two back-to-back finals appearances across Spring and Summer, FLY was poised to earn their first ever championship title before falling in game five to TSM. Despite the loss, however, the team had an impressive showing that fans can feel good about as they prepare to represent NA as the second seed.

When FLY are playing their best, they most closely emulate the playstyles of some of the stronger teams across other major regions compared the the other LCS teams. They’re a team that’s happy to play slow and scale, but isn’t afraid to take calculated risks early in order to fast track their win conditions. Ignar more than any other LCS support at Worlds is more than happy to leave lane early on in order to coordinate early plays with PowerOfEvil and Santorin around mid, whether it’s setting up defensive vision or pulling off a gank. FLY will also frequently prepare creative level one plays, or snuff out the enemy’s invade, in order to help secure the best possible advantage to control the game through mid lane.

FlyQuest drew one of the deadliest groups of the tournament alongside tournament favorites TOP Esports and South Korea’s second seed DRX, but you shouldn’t count them out right away. With their creative early strategy and calculated playstyle, they’re a team capable of thriving in a best-of-one environment.

As NA’s third and final seed, Team Liquid will face the obstacle, or benefit, of starting their Worlds journey in the Play-in Stage. After finishing first in the 2020 Summer Split regular season, some of TL’s latent issues began to resurface. They struggled to adapt and ended the split losing two best-of-five’s against FlyQuest and TSM, but at their most polished, they were a team that could always find a way to win.

Team Liquid is Jeong “Impact” Eon-yeong, Mads “Broxah” Brock-Pedersen, Nicolaj “Jensen” Jensen, Edward “Tactical” Ra, and Jo “CoreJJ” Yong-in. They play a slow style that’s rarely flashy, and even though it’s gotten them into trouble against more aggressive teams, they’re the NA team that best knows how to play to their win conditions.

Jensen is one of the best mid laners in the LCS, and one of the league’s strongest laners, and Tactical and CoreJJ are the best or second best bot duo in the LCS. That in mind, TL’s preferred way to play is fairly clear cut: absorb as much pressure as necessary in the top lane while accumulating leaded mid and bot. Because they play a long game toward botside, they place heavy emphasis on Dragon control as well.

Tactical spent Summer defying his rookie status by proving to be one of the most important pieces of this TL puzzle. He’s shown proficiency in the standard 2v2 laning phase, but can hold his own if CoreJJ needs to make plays. His most impressive quality, however, is how he plays on a knife’s edge during teamfights.

It’s not likely that Team Liquid used their World’s prep to shake things up and innovate too much or prepare crazy picks. Rather, we’re expecting them to enter Play-ins with a more refined version of their controlled style. They may struggle in best-of-ones against some of the more aggressive teams such as MAD Lions, but they’re favored to advance to the main event.

The 2020 World Championship will be ushered in by the Play-in Stage, beginning Friday, September 25 at 1 a.m. PDT.