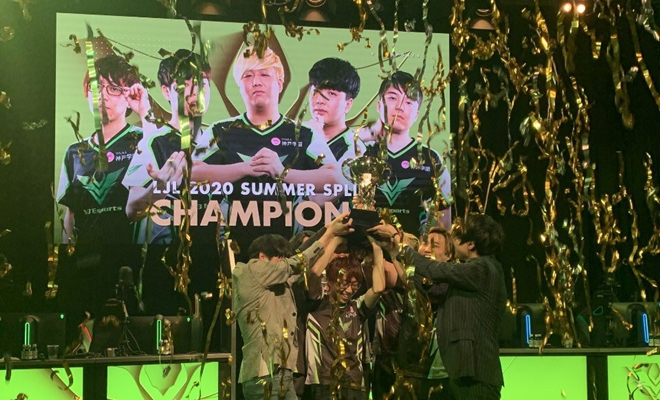 Ahead of Worlds 2020, we preview four teams from three emerging regions that have failed to find international success in recent years: Machi E-Sports and PSG Talon of the Pacific Championship Series (PCS), Legacy Esports of the Oceanic Pro League (OPL), and V3 of the League of Legends Japan League (LJL).

Worlds 2020 marks the PCS’ first appearance at an international event as an official league. Previously known as the LMS, they’ll enter Worlds with two seeds: Machi Esports, who have already slotted into Group A of the Main Group Stage, and PSG Talon, who will have to navigate the Play-in Stage in order to advance to the main event.

To qualify for Worlds, Machi clean swept PSG Talon in the grand finals after getting knocked down to the losers bracket by them earlier in playoffs. This team doesn’t thrive off of individual star power, but they excel at playing around M1ssion whether he’s on a hard carry and needs extra resources, or if they need to buy him time to scale. A big factor that played into their dismantling of PSG was their decision to funnel less resources top side and put PK on picks that played well with the team.

Talon, on the other hand, is probably one of the most difficult teams at Worlds 2020 to evaluate. Unfortunately, they’ll be starting Play-ins with only two thirds of their typical lineup after temporarily subbing out mid-jungle duo of Park “Tank” Dan-won and Kim “River” Dong-woo for Chen “Uniboy” Chang-Chu and Hsiao “Kongyue” Jen-Tso (the mid-jungle duo from the PCS’ ahq e-Sports) due to visa issues. On top of that, they’ve recruited a member of Machi’s coaching staff, Chen “Dee” Chun-Dee, as a bot lane sub for Wong “Unified” Chun Kit in case similar issues keep him from playing.

Rounded out by Su “Hanabi” Chia-Hsiang in the top lane and Ling “Kaiwing” Kai Wing on support, this team that was previously predicted as one of the four Play-in teams expected to advance to the main event will now have to start from zero. Luckily for them, their new jungle duo is used to playing the top-centric style that PSG prefers. Hanabi is a player who’s proven that he can carry games with resources on lane-dominant champions like Camille and Renekton.

If they’ve used their practice time well and can hit the ground running once playoffs begin, PSG has a good chance at escaping Play-ins and slotting into Group B. Having to deal with such unforeseen circumstances before Worlds definitely hurts the PCS’ chances this year, so every single match win counts more than ever for them to prove they deserve their two seeds.

Hope from down under

The are few regions that are more hungry for international success than the OPL. After years of hyped-up Dire Wolves rosters failing to make it out of groups, and last Bombers lineup not even escaping Play-ins, the OPL still have yet to claim their time in the spotlight at Worlds. Given how dominant their sole representative, Legacy Esports, has been domestically, this could be the year that we finally ditch that narrative.

Legacy esports is top laner Kim “Topoon” Ji-hoon, jungler Leo “Babip” Romer, mid laner James “Halo” Giacoumakis, bot laner Quin “Raes” Korebrits, and support Jonah “Isles” Rosario. After winning both splits in 2020, we know that this roster has talented players. Coming from one of the most isolated regions, the key will be seeing whether or not they’re able to compete as a team with the rest of the World.

Legacy’s style is similar to Team Liquid’s in that they prefer a scaling game, but excel at executing on their win conditions. In that respect, two players to look out for on this team are Halo, due to his diverse champion pool, and Raes, who is considered to be the best ADC in the OPL.

Their group is fairly volatile. Since they share it with MAD Lions, Team Liquid, and SuperMassive Esports, who are all good teams with a chance to place well, the third seed out of Group A is highly contested. Pentanet.GG jungler Jackson “Pabu” Pavone seems to have high hopes for the team, however.

ngl after looking at the groups lgc can play i think its giga winnable for the boys in green, hope to see em at main stage

V3 enters the Worlds 2020 Play-in stage as the sole representative of the LJL and one of the teams with the lowest expectations of them coming into the tournament. It’s nothing personal, but as one of the newest emerging regions, LJL appearances at Worlds haven’t amounted to anything aside from a few unorthodox picks.

As a team, their playstyle is heavily influenced by Bugi’s proficiency on carry champions. He’ll gladly take picks like Lillia, Lee Sin, and Nidalee that can control the pace of the early game. They have the highest team first blood percentage out of any other team at Worlds this year at roughly 78% according to stats site Oracle’s Elixer.

While it’ll be a tall order for V3 to advance from Play-ins, as a representative of the LJL, while sharing a group with teams like LGD, Unicorns of Love, and PSG Talon, it’s crucial that they’re able to rake in at least a few wins. It’s a crucial time for a developing region like the LJL to plant their flag and show that they can be competitive even with limited competition, and V3 may be able to do just that if they play as loosely as they did in playoffs against DFM.