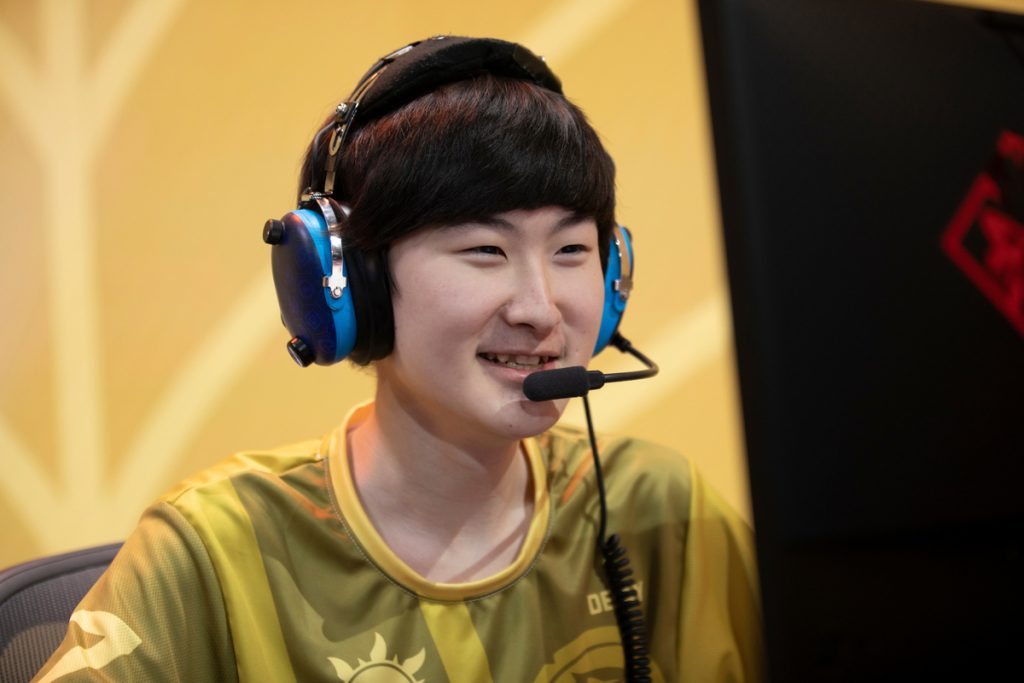 The Washington Justice beefed up their roster with the addition of superstar DPS Decay. (Image Courtesy Robert Paul for Blizzard Entertainment)

The Washington Justice announced the signing of former Dallas Fuel DPS Gui-un “Decay” Jang on Wednesday. Dallas granted Decay’s request to be released from his contract, and he left the team earlier this month. Now, he joins the Justice just in time to help them make a push towards the season playoffs.

Decay was originally released after the league’s signing window had closed, but new rules announced yesterday allow teams to continue filling out their roster with playoffs in mind. Decay will join the Justice for the remainder of the year and become a free agent for the 2021 season. All players signed for this season must be eligible to travel to a country in Asia should their teams make it into the final four. As a Korean citizen currently in the US, Decay was the perfect fit.

The Justice are the first team to take advantage of the new rules, adding Decay to bolster their DPS lineup. Though they sit near the bottom of the standings in North America, every team will have the opportunity to make playoffs under the league’s revised format for this season. Decay will certainly be a big boost to their chances, giving them the carry player they’ve been missing for most of the year.

During his time with Dallas, Decay was one of the league’s premier DPS talents, excelling on a huge variety of heroes and leading Dallas to some early season success. Ultimately, he parted ways with the organization after sitting out repeatedly due to conflicts with coaching and management. Just after Decay was released, the Fuel also moved on from head coach Aaron “Aero” Atkins after two years with the organization.

For their part, the Justice have had a similarly turbulent 2020. On top of the ongoing pandemic, they lost both of their starting DPS players to retirement, released their general manager and multiple coaches, and have struggled to put the pieces back together since.

Decay is not the first disgruntled player to find a new home in Washington this year. The Justice added both HyunWoo “JJANU” Choi and Chunghee “Stitch” Lee after they left Vancouver along with the rest of the Titans’ Korean roster.

Decay is the kind of player who can elevate a Justice team that has consistently disappointed through two seasons. He can easily slot into either the flex DPS position alongside Stitch or the hitscan role with Hoseong “Ttuba” Lee. That will largely depend on the meta coming into playoffs, but Decay’s flexibility will make the Justice much less predictable.

The Justice return to action for their final regular season match on August 22nd against the San Francisco Shock.