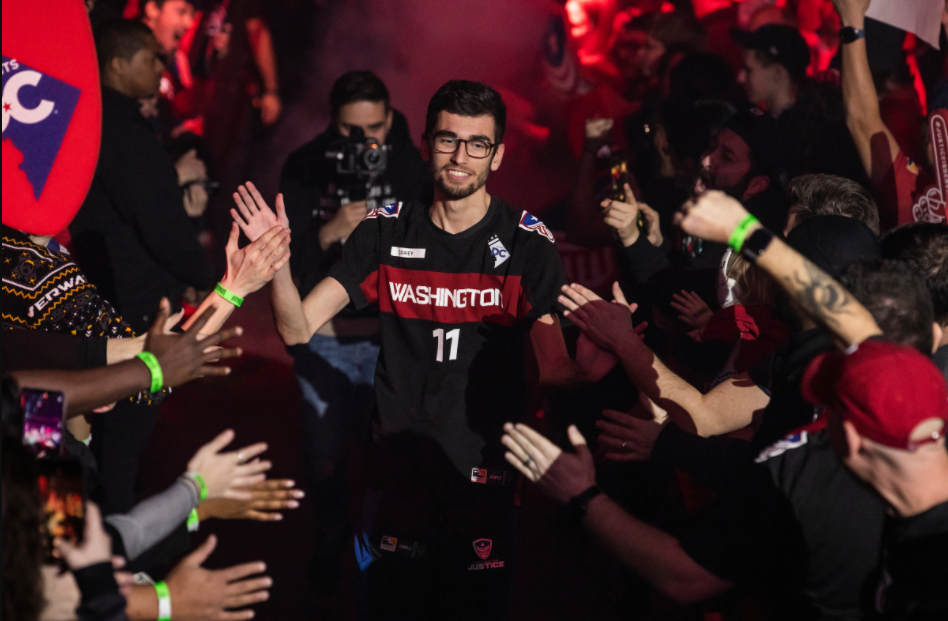 Corey, the star-DPS player for the Washington Justice, announced his retirement from professional Overwatch on Friday. He also declared his intention to pursue a career in VALORANT, Riot’s new tactical shooter.

Today we say thank you and farewell to @Corey_OW as he retires from professional Overwatch.

Corey, thank you for being an exceptional leader, a dedicated worker, and for always having a positive attitude. It has been a privilege having you on the team and we wish you the best. pic.twitter.com/wSVU4yAdzP

Corey’s departure is yet another in a series of retirements that have plagued professional Overwatch lately. Between the mass exodus of Tier 2 players and the loss of reigning MVP Sinatraa, VALORANT seems to be a force driving competitors away from Blizzard’s flagship FPS. Corey called the game a “hybrid between CS and OW” and views it as “the game that was made for me.”

Corey joined the Justice in 2019 for their expansion season and quickly made a name as one of the most talented hitscan players in the league. Since the advent of Role Lock, he’s become one of the premier stars of Overwatch, a World Cup champion for the United States, and a fan favorite for his jovial personality, He kept that happy spirit even in his retirement post, thanking fans, teammates, coaches, and the OWL for “some of the best years of my life.”

“It is surreal to think about all the moments I got to spend doing something that I truly loved and was able to share that with all of the fans,” Corey said. “Being able to participate in the OWL is a milestone in my life that will live with me forever.”

Washington returns to action this week against the Vancouver Titans. As they did last week, TTuba and Stratus are expected to handle DPS duties.