Treatz: “I Don’t Think Anyone On the Team is Nervous” 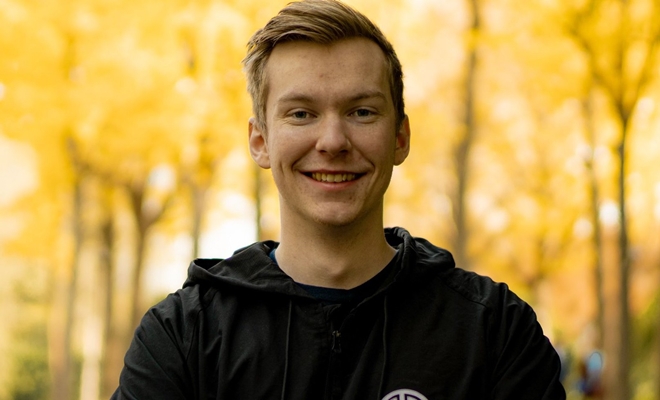 Treatz was a key player in TSM’s push to playoffs in the 2020 Summer Split. Now at Worlds, he’s been assisting the team behind the scenes during the Main Group Stage. (Photo courtesy Riot Games)

After losing to LGD on day four of Groups, they’ll have to win their next three games as well as a tie-breaker if they want to advance. Some say they’re struggling with draft, and others say it’s execution. We sat down with TSM substitute support Erik “Treatz” Wessen to get the full story on why the team has been struggling, his role in helping them prep, and their positive mindset heading into their elimination games.

Hotspawn: What do you think the team has been struggling with so far during their time in groups?

Treatz: I think a lot of the games have been pretty close. The early games have been pretty challenging I think, this loss as well, but then in mid-game we seem to catch some gold up again and look to win the game and then there’s a few big mistakes that just make the game unwinnable from that point. I think it’s been closer games than it looks, but we just lack the last edge to win the games so it feels kinda bad.

Hotspawn: Yeah and in those situations it’s bittersweet, right? Because while it sucks that the games were all winnable at some point, there’s also something to take away from those losses. How’s the team morale been affected by that?

Treatz: Honestly the team morale hasn’t been bad at all. I think everyone likes everyone on the team and everyone enjoys playing together so even though there’s been three losses in a row, the team morale is still good so at least that’s a big positive for us to be able to bring it back and get a 3-0 in the day that’s coming up.

Hotspawn: From the outside looking in, and I’m sure you’ve been watching the games closely, what do you think is one thing that you’d like to see the team do differently going into the second round-robin to get those wins?

Hotspawn: Well on that note, and I know it’s not like you’ve been searching Twitter looking for this stuff, but a lot of people are commenting on the way the team’s drafting, as they always do. What do you think about TSM’s draft priorities right now? Do you think you guys have a solid read on the meta right now?

The blackhole that is TSM drafts vs Renekton Curse, which is stronger

Treatz: I mean, I think every team has a different meta, right? No team has the PERFECT meta read or plays all the champions that they think are perfect in the meta so it’s up to every team, right? And we’re confident in the drafts that we’re playing. There’s been a few hiccups here and there where we don’t think that we had the perfect draft that we could’ve had obviously, but if we go into a game with a certain draft then we’re confident we’re going to win the game. For sure, some picks we are looking to implement to the upcoming games, but we’re overall happy with the drafts.

Hotspawn: Alright, well I want to tailor the conversation more towards you personally at this point. You’ve obviously been with the team in China as a sun and haven’t played on stage yet. Can you talk about the capacity in which you’ve been working with the team? It is your first Worlds, too, you know? How’s the experience been?

Hotspawn: So you’re not ACTUALLY a rookie, but in the context of Worlds that’s what people will say about you. But you have played with Lu “Spica” Ming-yi and Sergen “Broken Blade” Çelik and can relate to them in that it’s your first time at Worlds. As the oldest of the three, what have you seen out of them that you’re impressed with as first years at Worlds?

Treatz: Yeah I think BB and Spica especially, ‘cuz other people have been to Worlds several times, I think they’re doing really well with their nerves. I don’t think anyone on the team is nervous or playing in a nervous way at all, so a special shoutout to BB and Spica for really stepping up and having some good performances even though there have been some losses so far.

Hotspawn: And I want to get a little bit real with you for a second. Of course you said everyone on the team gets along, but you’re in a unique position as a sub where you give input, watch the team play from the screen, and then, unfortunately, see them lose these games. Do you sometimes feel like you should be up there playing to do everything you can to help the team?

Treatz: Of course, as a competitive player, you want to play all of the games you can, but I accept the situation as is. So I’m not playing right now, I think Vincent “Biofrost” Wang is playing good, and I think everyone plays well together, you know? I don’t really have much say. I would love to play, but the situation is as it is right now and I just have to accept that and just try to help my teammates as much as I can and make sure we win the rest of the games.

Hotspawn: That’s a good mindset to have. And you were tweeting a lot about your progression through solo queue which has been going really well for you. Can you talk a little bit about what you’ve personally learned so far? As you said, you’re a competitive player, so you’re trying to take in as much as you can in this experience, so what kind of takeaways for yourself have you had?

Treatz: I think the biggest goal I set for myself when I came here was to grind the solo queue ladder and get as high as I can as fast as I can. I kind of reached that goal, and I’m just playing to maintain my skill right now and try to help more toward Vincent and Yiliang “Doublelift” Peng and try to take on more of a coach role than a player role. I’m still playing solo queue, I’m still grinding, but not as much as I was during the first week of the bootcamp. Definitely trying to be more of use to my teammates right now.

Hotspawn: Have you been interacting with any of the European pros that you used to play against in solo queue when you were in EU?

Hotspawn: That’s great to hear! Going forward, you guys are still looking to pick up this first win. People were saying initially that the teams in Group C were all very evenly matched. Do you still believe that read to be correct or did some teams come in under/overrated by others?

Treatz: I think Group C is definitely as people have pointed out; it’s definitely up in the air. The games that we’ve played so far, because we’ve played against every team now, all of them have been completely winnable. Everyone feels this shit feeling of we could have won every game if we did this or this, or if we had this prepared before the game, right? So everyone’s for sure going to come into the next week with strong emotions and try to make NA proud and just show what everyone can do, so there’s a lot of strong feelings towards the next week for sure.

Hotspawn: Last question. If you could give some words of encouragement to the main roster going into the next round-robin, what would you say to motivate them?

Treatz: I think the biggest thing is to play without regrets. This is Worlds, and there’s potentially three more games, right? So just play without regret and go HAM, you know? Don’t leave anything behind and just go full-on aggression and trust yourself and hope for the best result possible.

TSM will finish out all three of their remaining games in Group C on October 11th starting at 1 a.m. PT against Fnatic.