TSM Back On Top With LCS Finals Win 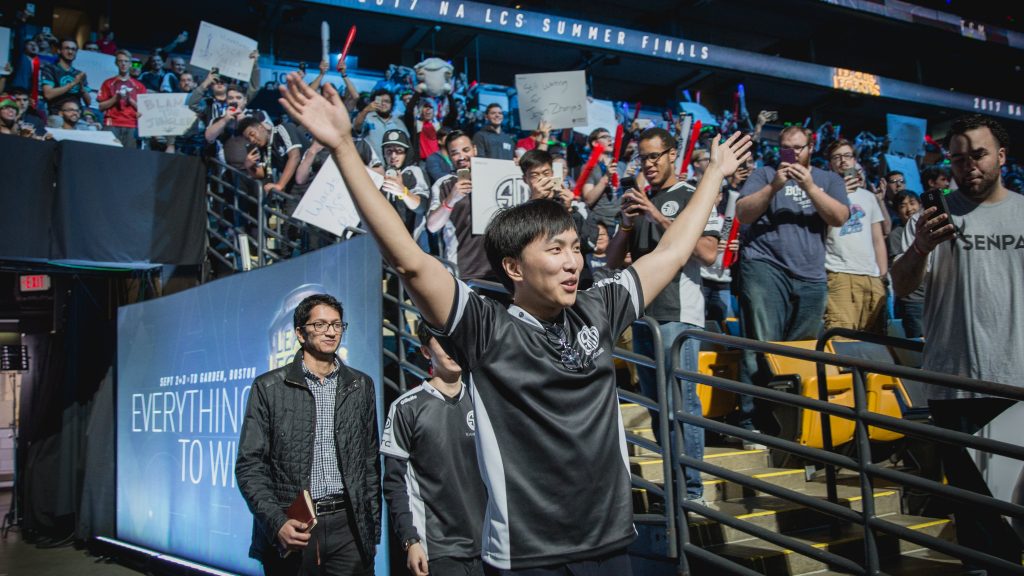 TSM are back on top of the LCS after beating FlyQuest 3-2 in the Summer Finals. (Photo courtesy TSM)

The League of Legends Championship Series (LCS) Summer playoffs have come to an end. After three long years, TSM have returned to the top of North America after a hard fought 3-2 win over FlyQuest. They will be joined by FlyQuest and Team Liquid as the three LCS representatives at the 2020 World Championship.

TSM RETURN TO THE TOP OF LCS

TSM had high hopes entering 2020 with their new lineup. Joshua “Dardoch” Hartnett was supposed to solidify TSM’s jungle, Kasper “Kobbe” Kobberup was supposed to become the secondary carry, and Vincent “Biofrost” Wang returned with more shotcalling experience from his stint with Counter Logic Gaming. However, the team results were again mediocre. TSM were a playoff team, but nowhere near a contender. They went 9-9 in the Spring Split and finished fourth in the playoffs.

More changes were in store. Dardoch was shipped off to Dignitas, bringing Mingyi “Spica” Lu back to the fold. Erik “Treatz” Wessen got a chance to start over Biofrost. And Yiliang “Doublelift” Peng was brought in from Team Liquid after a disastrous split. To their credit, TSM are always searching for ways to improve. But were these moves what they needed to ascend in North America?

The regular season went better, as TSM went 12-6 to finish fourth. But the start to the playoffs was all too familiar. TSM got smacked by the Golden Guardians in round one, losing in a sweep 0-3. TSM took care of Dignitas with ease, but that just set up another rematch with GG. TSM benched Treatz in favor of Biofrost, but TSM started 0-2 against GG. A miraculous reverse sweep kept them alive, but far from looking like an LCS powerhouse.

Their round three win over Cloud9, however, may have changed that perception. C9 were definitely on a downward trajectory, but most still had them pegged as a Worlds participant at the very least. TSM took that spot away with a 3-1 win, building momentum on a now three-match win streak.

TSM took on the first seed Team Liquid in the final weekend of the playoffs in a grudge match between Doublelift and his former team. TSM came out on top 3-2, sending Team Liquid to the Play-In stage of Worlds. TSM had secured qualification to the Main Event, but one goal remained: capturing their first LCS title since 2017 Summer.

TSM looked like they’d accomplish that quickly in the Finals against FlyQuest. The LCS’ most popular team stormed out to a 2-0 lead. TSM attacked Colin “Solo” Earnest early and often, getting Sergen “Broken Blade” Çelik ahead on split pushers. In game one, it was Broken Blade’s Camille being enabled by Søren “Bjergsen” Bjerg’s Zilean. In game two, Bjergsen’s Twisted Fate got Broken Blade’s Jax ahead. Solo’s Ornn never stood a chance in either matchup.

FlyQuest smartly pivoted away from Ornn in game three, putting Solo on Gangplank instead. Solo still got camped and put behind, but he remained relevant by farming and making use of Gangplank’s passive. It also helped that Broken Blade was pushed down onto Jayce, who didn’t have nearly the same impact in the side lane. FlyQuest stayed alive by winning game three 14 kills to 12 in 42 minutes.

TSM were undeterred by their lack of success with Jayce, picking it blind into Solo in game four. This time, Solo answered with Ornn and had a much better time. With Bjergsen playing a more laning focused Syndra, Solo was left to scale up. Combined with Tristan “PowerOfEvil” Schrage’s Azir and Jason “WildTurtle” Tran’s Caitlyn, FlyQuest dominated team fights to win game four and even the series.

With the season on the line for both teams, we saw the final adjustment in game five. Bjergsen went back to Twisted Fate, Broken Blade picked Camille instead of Jayce into Solo’s Gangplank, and TSM dropped their Ashe priority for Senna. The results were great. TSM’s bot lane withstood early pressure, while Spica and Bjergsen made sure Broken Blade would get ahead again. With a pair of early turret takes, TSM took 2.6k gold lead at 14 minutes that they would never relinquish. TSM ended up winning 18 kills to 11 in 33 minutes, but the 10k gold lead at 29 minutes is more representative of their dominant performance.

Bjergsen was named player of the series. The franchise player and part-owner controlled the series, earning multiple bans every game and enabling Broken Blade in the side lanes. He finished a combined 21/3/39 in the five games, never dying more than once. Like Caps in Europe, Bjergsen put to rest any doubt that he is the best mid laner in his region.

For TSM, the win was justification for all of their roster moves. Spica had an incredible playoff run and looks to have finally solved TSM’s jungle problems. Doublelift may not get the same resources he did in his earlier stint with TSM, but he played weak side all playoffs long while still providing top tier team fighting later in games. Biofrost definitely laned better with Doublelift, using their better trades to enable him to roam around the map and link up with Spica more often.

TSM definitely also benefited from the sheer number of games they got to play. Though they surely would have preferred a more relaxing ride, TSM’s round one loss ensured they would have to play six matches in the playoffs to win the title. Over those six matches, TSM played a total of 25 games — seven more than they played in the entire Summer regular season.

While the double elimination format showed its merit with wins by TSM and G2 Esports, it does call into question the lack of regular season games. The LCS tried best-of-three formats in late 2016 and 2017, but scrapped it based on declining viewership. If they want to keep a double elimination playoff format with eight teams, this probably won’t be the last time a team plays more in the playoffs than the regular season.

Now that the LCS Summer Split has concluded, we know the seeding for North Americans three World Championship teams. TSM will go into the tournament as the first seed, followed by FlyQuest. Team Liquid will be the third seed.

The last version of TSM with Bjergsen and Doublelift in 2017 Summer also made Worlds as NA’s first seed. Unfortunately, NA’s lack of success internationally put them in Pool 2, essentially making them a second seed. TSM didn’t make it out of groups, losing the tiebreaker to Misfits Gaming. TSM are obviously revamped since then, but the fact remains that they have never made it out of groups. That includes Doublelift, even when he was on Team Liquid during their four consecutive LCS titles.

FlyQuest will make their first appearance at the World Championship as the LCS’ second seed. But, just because the organization hasn’t made it, doesn’t mean the team lacks Worlds experience. Every starter besides Solo has appeared in at least one Worlds tournament. PowerOfEvil and Lee “IgNar” Dong-geun did so with Misfits Gaming, while WildTurtle and Lucas “Santorin” Tao Kilmer Larsen did with TSM.

Thanks for giving me more practice @TSMDoublelift 😣

Team Liquid are North America’s third and final seed, as the LCS does not get four spots like the LPL or LEC. Thus, Team Liquid will have to make their way through the Play-In stage. TL have disappointed at Worlds in the previous two years after entering as the top seed from the LCS. This time, they’ll get a chance to play more games in the Play-In stage. Playing as many player matches as possible worked for TSM, right?