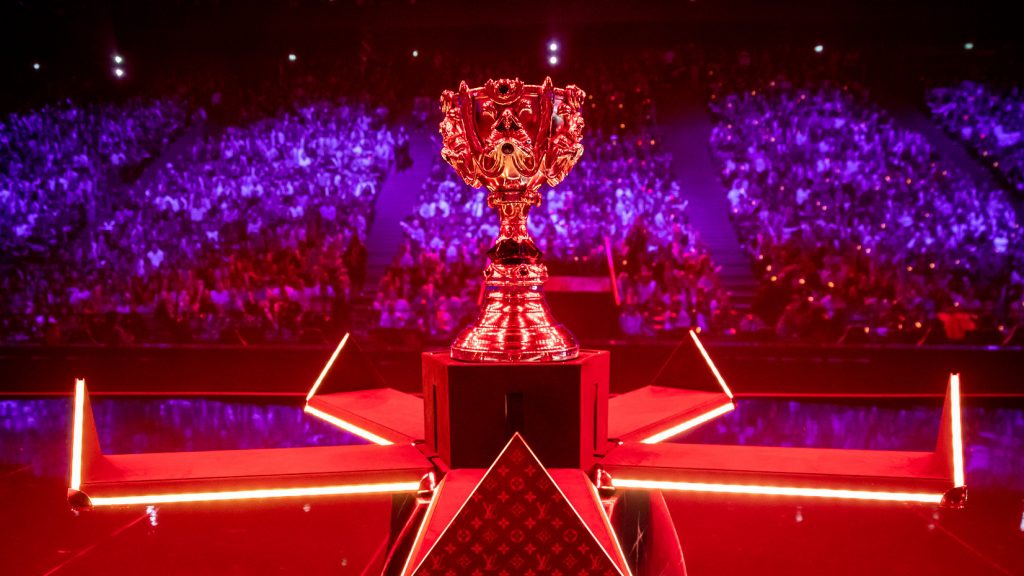 The next step in the chase for the Summoner’s Cup commences. (Photo courtesy Riot Games)

The Play-In Stage of this year’s League of Legends World Championship was a more than decent introduction to the event. However, the excitement kicks into higher gear tomorrow when the Worlds Group Stage starts. This is where the best teams from the largest regions in League of Legends esports face off against each other, joined by the bold four who made it out of the Play-In Stage.

New storylines will be forged and new rivalries will sprout in the Group Stage. At the moment, there aren’t true hardcore rivalries to follow other than classic regional clashes such as ‘Europe vs North America’. Nevertheless, there are a few clashes that carry interesting history and we’re hear to bring you up to speed with them. They range from highly competitive towards more trivial and fun, but will all contribute to make your viewing experience of the World Championship a better one.

Rekkles vs DoubleLift vs Ruler 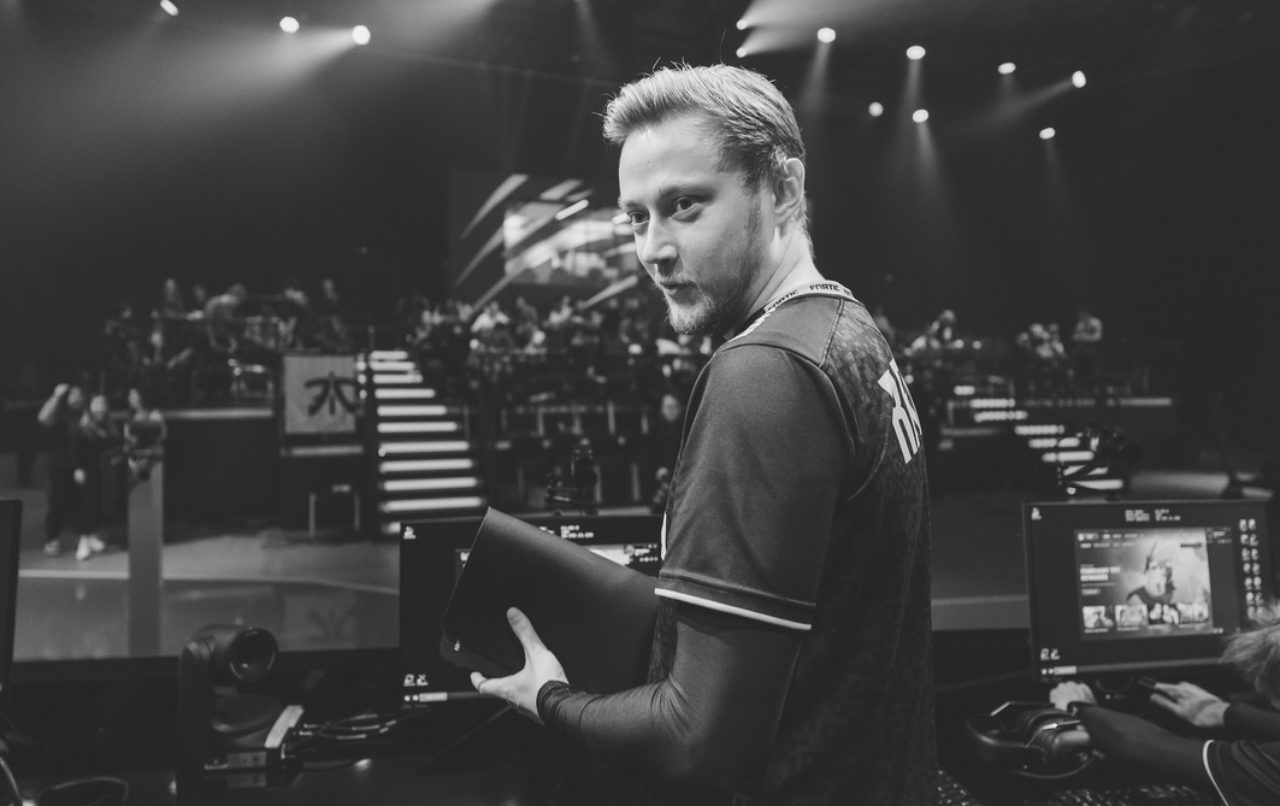 After so many years of trying, Rekkles still won’t stop until he wins Worlds. (Photo courtesy Riot Games)

In Group C, all teams have a decent shot at making it out. But in the fight for a spot in the Knockout Stage, three names stand out specifically: TSM’s Yiliang “Doublelift” Peng, Fnatic’s Martin “Rekkles” Larsson, and Gen.G’s Park “Ruler” Jae-hyuk. These three bot laners are not only regional legends, but have international experience that many players dream of ever getting close to. DoubleLift has been in a fight with the Group Stage at the World Championship for the past half decade. Ever since Worlds 2015, even though he impressively made it to every iteration of the tournament from then onward, he did not get to the top eight.

Rekkles is one of the most decorated European players in the scene. His consistency brought him to almost all World Championships from 2014 onward—only in 2016 he did not attend—but a title is still absent. In 2018 he came tantalizingly close with Fnatic, reaching the grand finals. Unfortunately, Invictus Gaming had the last say that year. Ruler also grabbed silver at Worlds once, in 2016, but did follow it up in the subsequent year with a World Championship title with his team Samsung Galaxy. He completes the trio of legendary bot laners in Group C. At least one of these players will not make it to the Knockout Stage, and have their chance at ultimate international glory crushed for this year. 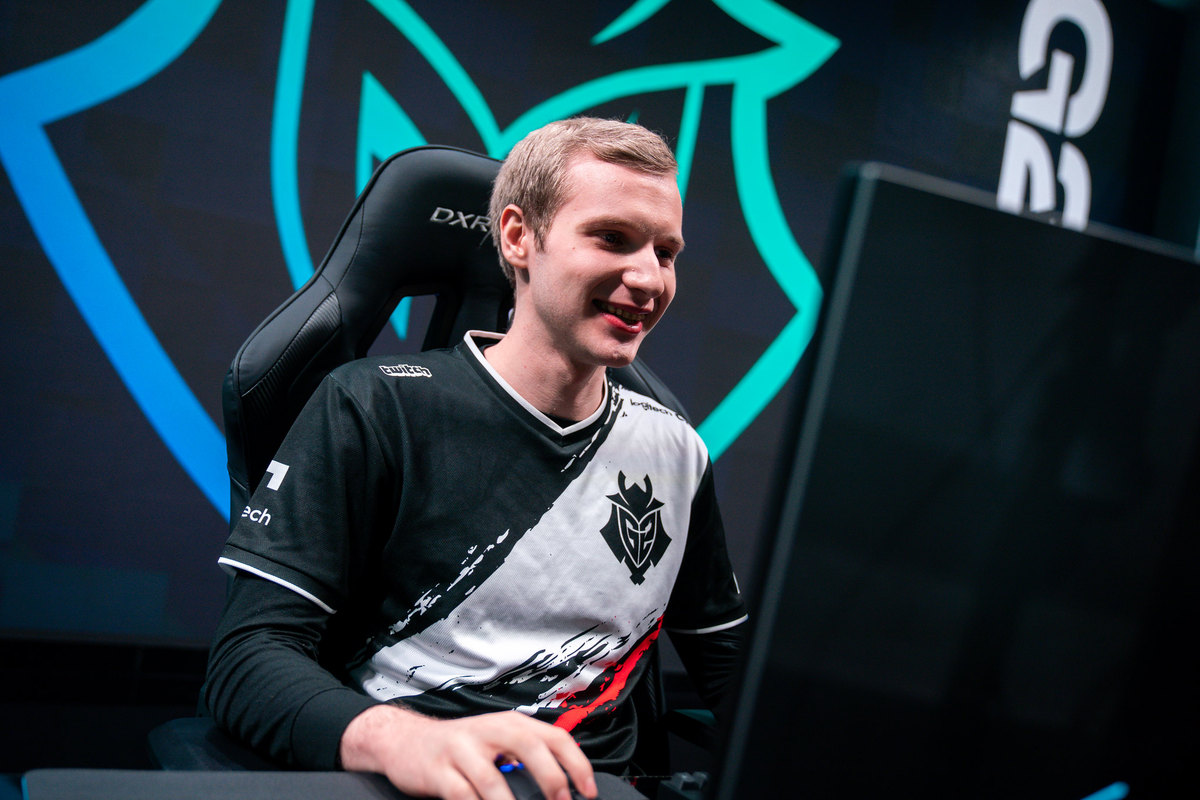 The relationship G2 jungler Marcin “Jankos” Jankowski has with Vietnam is a special one. The Vietnamese community loves the Polish jungler and has given him the nickname Giang Văn Cốt – The Lost Son of Vietnam. The bond started last year during the Mid-Season Invitational, held in Vietnam. G2, among the favorites heading into the tournament, had a tough time playing against VCS representatives Phong Vũ Buffalo. In fact, to everyone’s surprise, G2 lost both games to the Vietnamese team. While Phong Vũ Buffalo was eliminated, the Vietnamese crowd adopted G2 as their second team in the tournament.

Jankos, who had had a tough time in the jungle, would forever be haunted by the memories of Vietnamese junglers. When it was announced that VCS teams would not be able to make it to Worlds 2020 due to COVID-19 restrictions, Jankos sighed a breath of relief. But it the tables turned. During the Group Stage draw ceremony, G2 was paired with LPL team Suning. All good and well for G2. Seems doable. Except for the jungler matchup. Lê “SofM” Quang Duy, Suning’s jungler, hails from, you guessed it, Vietnam. SofM is by no means an opponent to underestimate and ranks among the best junglers in the world. A tough task awaits Jankos. Jankos and SofM will play each other twice during the Group Stage. It can be a chance for Jankos to get rid of his trauma, but it can also be SofM’s opportunity to hammer it down. 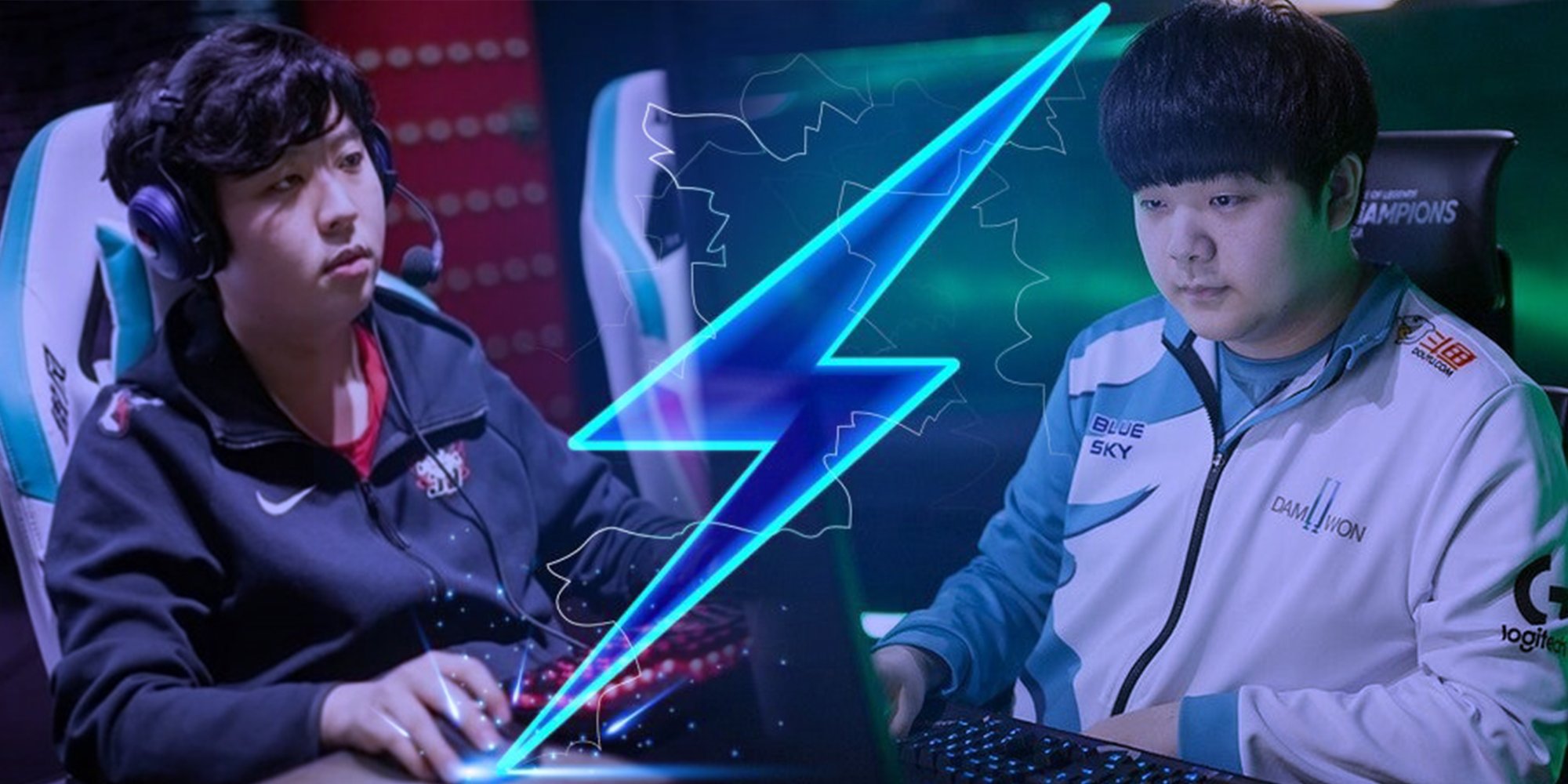 Who will come out on top? (Photo courtesy Riot Games)

The standout clash in Group B is one in the most traditional sense: two titans duking it out. DAMWON Gaming comes in as the undisputed best team in the LCK. They made a legendary run in the Summer Split, tied for the best record in a Split in LCK history, and are set to get further than the quarter finals this time around. In JD Gaming you find a team that has been on the top of the LPL all year long. They won the Spring Split, and in the Summer Split finals ended second after a grueling series against Top Esports. If there ever was a team that plays like a team, it’s JD Gaming.

The matches between DAMWON Gaming and JD Gaming line up some of the most-discussed League of Legends talent at the moment. In the top lane, there is Zhang “Zoom” Xing-Ran versus Jang “Nuguri” Ha-gwon. The jungle match-up puts Seo “Kanavi” Jin-hyeok against Kim “Canyon” Geon-bu. In the mid lane, it seems like DAMWON Gaming’s Heo “ShowMaker” Su will have an edge over Zeng “Yagao” Qi on JD Gaming’s side. But the bot lane swings the other way, with the duo of Lee “LokeN” Dong-wook and Zuo “LvMao” Ming-Hao being perceived as slightly stronger than Jang “Ghost” Yong-jun and Cho “BeryL” Geon-hee. It’s a match between two clear tournament favorites, and only one team can finish first in the group.

PowerOfEvil vs Unicorns of Love 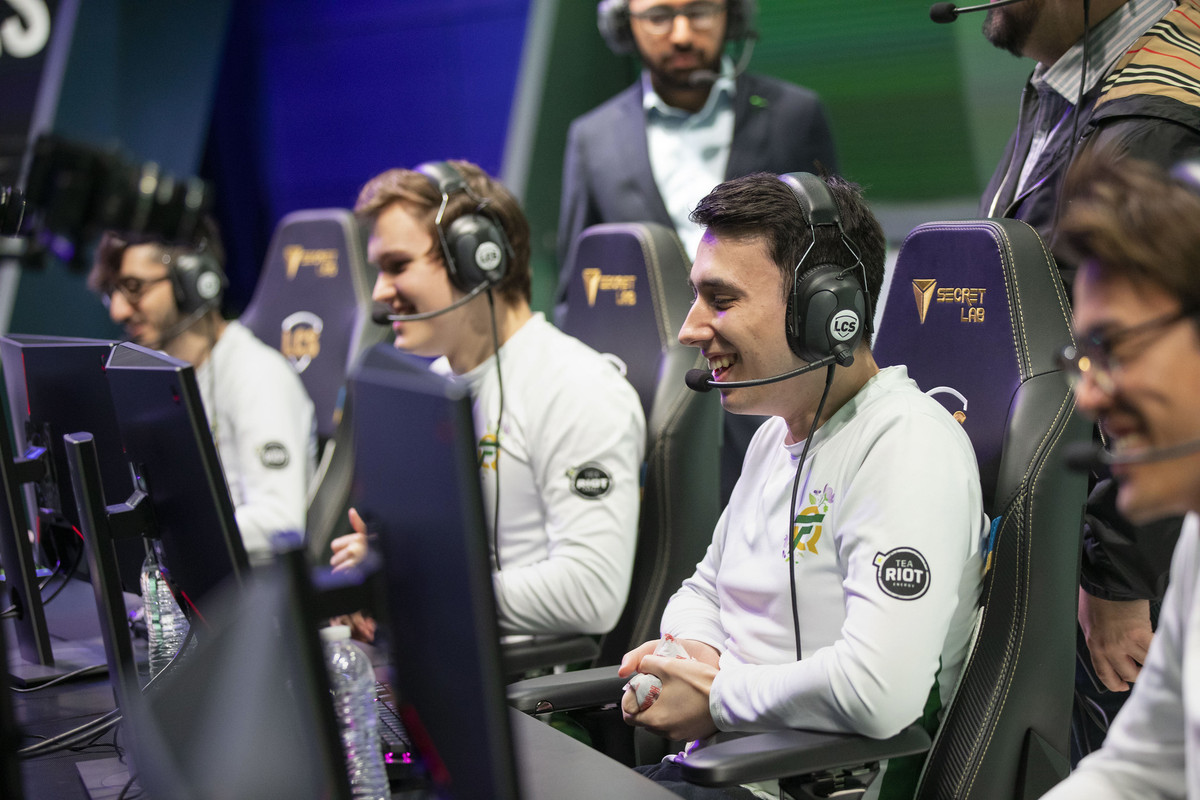 It has been quite some time since PowerOfEvil was on Summoner’s Rift at the same time as Unicorns of Love. (Photo courtesy Riot Games.)

In international tournaments, it’s rare to see players play against a team they were formerly on. You mostly play against international teams, after all, and the amount of players that change regions is small. And yet, in Group D, we’re blessed with one such match. Tristan “PowerOfEvil” Schrage, the mid laner on LCS second seed FlyQuest, meets his former in Unicorns of Love. His stint on the team started all the way back in 2014. In May he joined the team briefly, left for a month, and then rejoined to secure a promotion to the European LCS competition for Unicorns of Love. He’d remain on the team until the end on 2015.

PowerOfEvil’s time at Unicorns of Love was successful. Ending fifth in his first EU LCS Split and fifth in his second Split, PowerOfEvil helped establish the team as one of the favorite brands in the scene. Ever since, he has wandered the European scene and transitioned to North America for the 2018 season. At Worlds this year, Unicorns of Love has a completely different roster with only coach and team founder Fabian “Sheepy” Mallant as the last remnant of PowerOfEvil’s era on the brightly pink squad. For longstanding Unicorns of Love fans, this will be a match to see how well their wondering child has done since departing the ship.

Players vs Boris the Shopkeeper 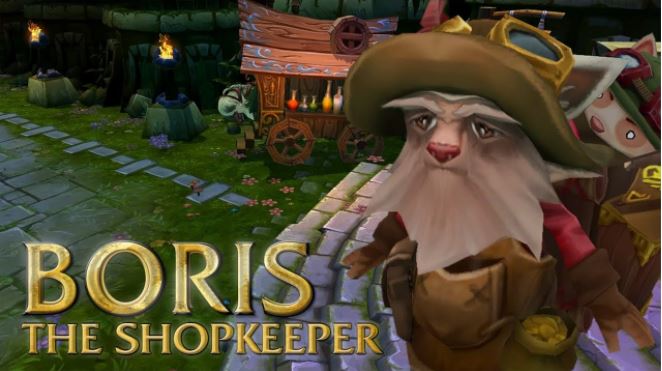 The final clash to watch out for at Worlds 2020 is one that’s not unique to the international stage but has been around since the dawn of League of Legends. Players have continuously struggled to find the right item builds. Ultimately, item builds are a numbers game to determine the optimal itemization on any given champion in any given situation. And yet, even professional players often either don’t know about the right items to purchase, or they choose to ignore it and go for something that ‘feels’ better.

This is where Boris comes in, the Shopkeeper in the base who sells you your items. Boris is a true scam artist, and more and more players are being exposed to falling for his tricks. For example, many players still buy Infinity Edge or Berserker’s Greaves on Senna. Other times players are so tunnel visioned that they’ll purchase Black Cleavers when there’s little armor on the enemy to shred through. As has become a popular saying in League of Legends: these players got scammed by Boris. They didn’t understand what item they should go for and instead follow their own instincts.

Itemization is pivotal in League of Legends, and greatly impacts the game. It’s a guarantee that, at Worlds, players will make mistakes again when it comes to their item builds. Keep an eye on the social media accounts of people such as LCS commentator Nick “LS” De Cesare and LEC Content Producer Renato “Shakarez” Perdigão. They’ve crunched the numbers on itemization and call out the players who listen to the evil whispers of Boris the Shopkeeper.