Parth: “Our players are willing to try new and crazy things” 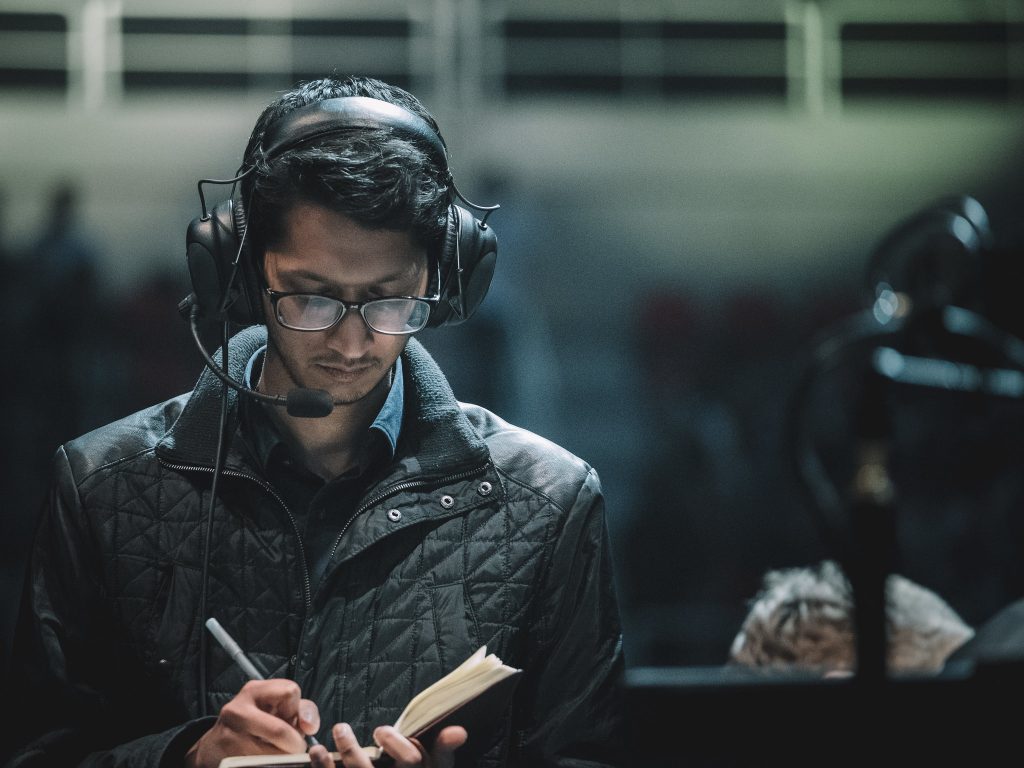 After spending time away from the stage as TSM’s GM, Parth helped lead the org to its first World Championship since 2017 (Photo via Riot Games)

After a grueling five-game series win against the first-place Team Liquid, TSM are now one best-of-five away from pulling off an unprecedented miracle run through the losers’ bracket in the League of Legends Championship Series 2020 Summer Split Playoffs.

On September 6, they’ll face off in the Grand Finals against FlyQuest, the hottest team in the LCS. Following their win, we caught up for TSM Head Coach Parth Naidu who gave us insight on the team’s development throughout Summer, their upcoming Worlds appearance, and their matchup against FlyQuest.

Hotspawn: After TSM’s last Worlds run, you tweeted saying that would be the last time fans would see you on stage before stepping down as coach. Now you’ve made it back to Worlds and as a top-two seed at that; do you see this as a sort of redemption arc for yourself?

Sorry to our fans. Last year it was inexperience, but no excuses this year. That was my last time on stage.

Parth: Personally, I don’t think about my redemption arc at all. I mean for me, it’s all about the players and the org and the team. I also think that the situation is a lot different from previous years because back then it was just me and one other analyst coaching, whereas now there’s a fully-fledged coaching staff that we have. I have a lot of support from Joshua Mabrey, Peter Zhang, and a lot of our online analysts. I think the entire experience and everything is different, so I don’t think about it as a redemption arc for me at all.

Hotspawn: You guys have had to play a lot of high-pressure games over the past few weeks, with a few of them going all the way. What’s it been like managing the players’ mental throughout all this?

Guess we gotta do the G2 lower bracket run…

Parth: Honestly, I’m really proud of the players. I think they’re really resilient themselves. I personally don’t think I’ve had to do much myself. Yiliang “Doublelift” Peng and Søren “Bjergsen” Bjerg are the two leaders on our team, right. They’ve been through this and they kind of just know where to take the tame, how to lead the team, and they have good ideas of what to do, how to enable other players. You’ve seen our rookies in Ming-yi “Spica” Lu and Sergen “Broken Blade” Çelik pop off. I don’t know, I think it’s really a big testament to our players and our resilience as a team. I’m really privileged that I don’t think I have to do that much.

Hotspawn: That’s good to hear! You mentioned that Doublelift and Bjergsen have been leaders of the team throughout the split. He’s been playing a slightly different in-game role strictly looking at the meta, but what would you say is the biggest difference between Doublelift now and Doublelift when he last played for TSM in playoffs?

Parth: Personally, I don’t see much of a difference in Peter. If the meta’s gonna be a carry bot meta, Peter’s gonna play carry champs. Right now the meta is kind of utility champions with Ashe and Senna and he’s playing Ashe and Senna. He’s experienced a lot of different metas, right? He’s gonna be able to spot out and play whatever he needs for the team to win. Also I think he and Bjergsen have both recognized their role in helping support our younger players, so he is open to enabling them instead of always feeling the need to carry. I think that is the one thing where I think Peter has kind of expanded the way he approaches and sees the game to fit the team. I think that’s what veterans and experienced players need to do.

Hotspawn: When I spoke to Spica, what stood out to me about him was his positive attitude even after a bad game. What are you the most proud of Spica for throughout his development in his first full split and what have you guys been doing to nurture his growth?

Parth: The funny thing about Spica is he’s always been like this. I met Spica at the Scouting Grounds and he and Robert “Blaber” Huang were actually in the same Scouting Grounds. I think I first-picked him for our internal team just because of his attitude and he’s just this happy-go-lucky guy, you know? He’s really young, he wants to prove he’s the best, he’s willing to do anything he can to help the team, but also he doesn’t really let himself get down. So he spent a year in Academy and now he’s playing on the LCS stage and I don’t think he skipped a beat. He duo’d with Bjergsen a lot and learned a lot about how the LCS side operates compared to Academy and solo queue. He’s grown a lot and he still hasn’t peaked. Just wait till next year; he’ll show you what he can really do.

Hotspawn: I mean, he just pulled out the Shen jungle pick seemingly out of nowhere, even though he’s been practicing it in solo queue. Was that something you guys had planned or did he just say “hey I’ve got this pick,” and you all trusted him on it? 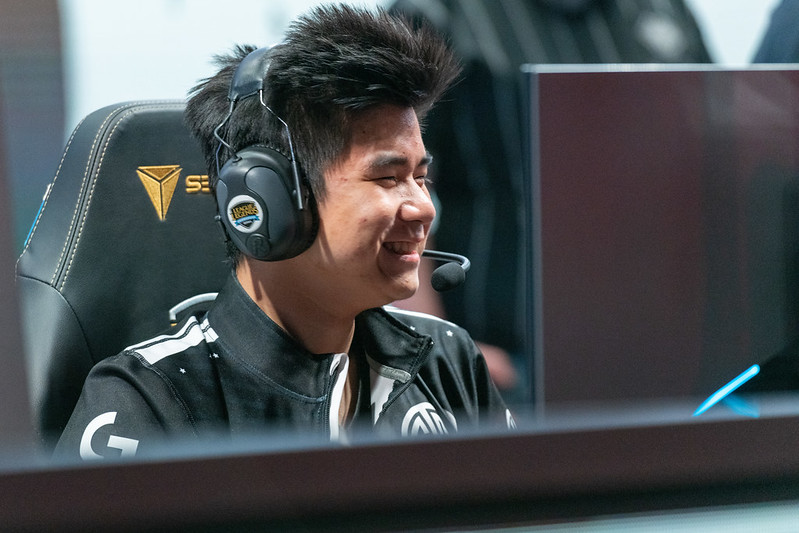 From the start of playoffs up to losers’ finals, Spica has played eight different champions in the jungle (Photo via Riot Games)

Parth: One of the things that I spoke about was the versatility on this team. Some of the times it bites us in the ass when we do too much and pick stuff like Kayn or Fiddlesticks mid. But I like that our players are willing to try new and crazy things to help the draft. For example, if you take Shen and you’re able to flex it in multiple roles, it puts a lot of pressure on the enemy team because you can’t just counter Shen immediately now, you have to watch out. And Spica is one of those players who’s just like “yeah, I’ll take this matchup. It might not be great, but it will get an advantage somewhere else and I can mechanically play this champ and figure out what to do with it.” Especially in a rookie, that mentality is really really promising.

Hotspawn: On the topic of TSM being a versatile team, looking back to 2019, it seems like you guys have slowly been trying to develop an aggressive playstyle different from the reactive style people have criticized you for in the past. Do you think cultivating TSM’s new style has more to do with the players you’ve brought in or did you guys sit down and try to hash out how you wanted to play the game based on what other regions are doing et cetera?

Parth: I think the playstyle on every team is dependent on what players you have. For example, if you look at Team Liquid and FlyQuest and the players that they have, their strengths are accentuated by playing the comps that they play. We have Broken Blade, Spica, and Bjergsen, who are really aggressive players that like to go out and make plays and do crazy things, so naturally, we lean more towards the aggressive side. Before every split, we kind of talk about the fundamentals of the game and what we need to do as a team to succeed. We have a place where we start from scratch and we build and grow on that and that’s kind of been the development of this team. We’ve had one split, compared to the other teams who’ve had multiple, and this team is gonna continue to grow not only through this playoffs, but during Worlds and continue to grow next year. I don’t think we have isolated a style or whatever for us yet, we just found a base that works and we’re trying to grow that base right now.

Hotspawn: So now you’re meeting FlyQuest in the Grand Finals, and the general consensus is that they’re the best team in the league right now. What do you think will be the hardest part about facing them?

Parth: I do agree that FlyQuest is the best team in the league. I think over the course of Summer, they’ve shown that they really know how to play their game and they don’t really care about what anyone else plays. They have really good fundamentals and really good players across the board. I think with Lucas “Santorin” Tao Kilmer Larsen and Tristan “PowerOfEvil” Schrage, their mid-jungle has really stood out and I’m really sad that other people didn’t recognize that because it’s a strong core. I also want to shout out the Head Coach of FlyQuest Anand “Curry” Agarwal. He was the strategic coach/analyst under me in 2016 and 2017 when we won our three trophies, so tomorrow’s match really means a lot to me. It’s been really cool to see him rise in the ranks on the coaching side, so one of us is going to have a trophy tomorrow and I think that’s really cool. 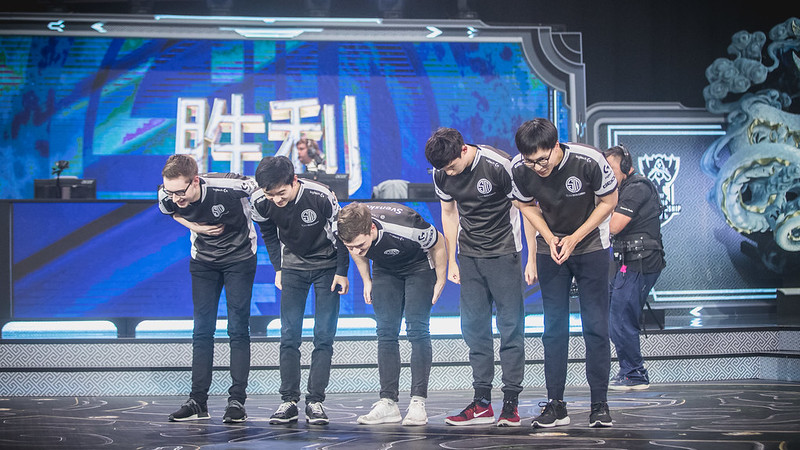 Hotspawn: And you’re also both going to Worlds. Obviously you’re focused on the match ahead, but here’s kind of that relief of not having to play through play-ins. Obviously COVID-19 has complicated things, but are you currently planning on bootcamping for Worlds?

Parth: So we don’t have time for a traditional boot camp because we’re gonna be leaving for Worlds on Wednesday. We have two days to figure out our affairs and just leave on Wednesday. And as soon as we land, we’re gonna hit quarantine for like two weeks. Our schedule has already been pretty set for us through Riot.

Hotspawn: So you’re just leaving straight for Worlds and following what Riot’s got for you guys, nothing separate planned for now if I’m understanding correctly?

Parth: Yup. We go to China, quarantine, then we move to the event hotel and that’s when the event starts, so there’s really no time for a traditional boot camp.

Hotspawn: Do you think that’s going to change the atmosphere of the tournament at all? Have boot camps had much of an impact on the tournament meta in the past?

Parth: Well we’re still gonna be able to scrim during the quarantine, but it’s not gonna be the same. Everyone’s gonna be scrimming out of their own room in the quarantine hotel. I think the atmosphere at this Worlds is obviously just gonna be different from most Worlds just because of COVID, and obviously two teams aren’t even able to compete so there’s even less teams at Worlds. I just pray to god that all other teams that have qualified make it to Worlds and we have a seamless tournament that isn’t restricted by logistics or anything. I think if we can just have a normal tournament that will be more than enough in this kind of environment.

TSM will play FlyQuest on Sunday, September 6 at 1 p.m. PDT in the 2020 Summer Split Grand Finals for a chance at earning their first trophy in nearly three years.