CoreJJ: “I’m Really Excited to Play Against [Ruler and Life]” 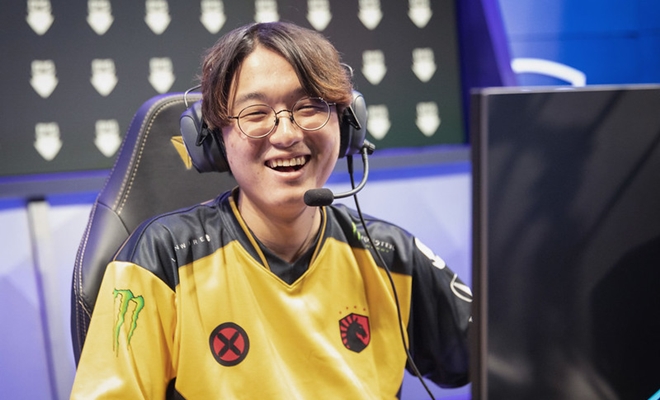 With both FPX and IG failing to qualify for Worlds, CoreJJ is part of a very small class of former World Champions attending the tournament. (Photo courtesy Riot Games)

After a tough loss against FlyQuest in a five-game series on August 30th, Team Liquid will have to take down a surging TSM in the losers’ finals if they want a chance at winning the title. Regardless of how the rest of their playoff run shapes out, Team Liquid is still guaranteed to represent the League of Legends Championship Series at the 2020 World Championship. We spoke with one of TL’s resident World Champions, support Jo “CoreJJ” Yong-in about the team’s upcoming match, NA’s chances at Worlds, and who he’s most excited to play against at the tournament.

Hotspawn: First off, you guys qualified for Worlds a few weeks ago now. Did you do anything special to celebrate?

CoreJJ: We celebrated the [relief] from pressure. Everybody felt happy, that was all.

Hotspawn: Did your team chef make you guys a special meal or anything?

CoreJJ: I cannot say because every day is pretty special [laughs].

Hotspawn: [Laughs] Well I wanna touch on your recent match against FlyQuest briefly. Since you lost, you’ll have to play TSM. Did you expect them to give you guys such a hard time?

CoreJJ: We knew it wasn’t gonna be an easy game. Could win, could lose. Obviously if we won, it would be better, but I think after losing it is also fine. We can use TSM as practice, go to the lower bracket so we can play more and practice.

THE ROOKIE OF THE YEAR! Heroics from @Tactical turn the 3v5 team fight in @TeamLiquidLoL's base to keep them alive! #TLWIN #LCS pic.twitter.com/KfFIeIfD24

Hotspawn: Edward “Tactical” Ra got a lot of praise that series for his play and a lot of people were saying he didn’t look like a rookie. Did you expect him to have such a good performance?

CoreJJ: Yeah, I think I always expect him to play really well. He has so much talent.

Hotspawn: The community gives a lot of credit to you for how good he is. What do you think is the biggest thing between Tactical right now and how he was at the beginning of Summer?

CoreJJ: He was good anyway, but I think his good thing is he’s always willing to learn anything. To learn from any analyst. We always think together “how can we play better?” I think it worked out with him being a completely better player.

Hotspawn: I think if you were to ask Tactical himself, he’d give a more reserved answer, but as a veteran, do you honestly think he’ll match up well against the international bot lanes at Worlds?

CoreJJ: Yeah. I’m really excited to play against them, especially Korean bot duos. Especially Park “Ruler” Jae-hyuk and Kim “Life” Jeyong-min. I think they are by far the best bot duo right now. Even though they didn’t qualify yet, I believe that they are gonna make it and I wanna play against them.

Hotspawn: Have you been following any European or Chinese bot lanes?

CoreJJ: Not really. Right now I enjoy watching LCK too much, but since there’s no Jian “Uzi” Zhi-Hao…

CoreJJ: Obviously, everyone is really good, though.

Yeah, I think right now the meta is good for NA

Hotspawn: Well the general consensus seems to be that NA is doomed at Worlds this year. Do you think NA has a chance of at least getting out of groups this year?

CoreJJ: If you ask me: getting out of groups? Yes.

Hotspawn: Oh really? Do you think our playstyle here is closer than people think to the level of stronger regions?

CoreJJ: Yeah, I think right now the meta is good for NA. Every team has a different playstyle and win conditions. But I don’t think our playstyle is really bad in this meta. It’s pretty objective-focused and taking Dragons. I think the more important thing is everyone has their own win condition, so who’s gonna play better through their win condition?

Hotspawn: That’s an interesting take since so many people have been quick to write the LCS off. Looking ahead, you guys have to face TSM in order to reach the Grand Finals, your old lane partner Yiliang “Doublelift” Peng has had a rocky time in playoffs, are you expecting him to show up this weekend?

CoreJJ: I feel like I’m going to enjoy the games [laughs]. It’s going to be really fun to watch, fun to play. Always fun playing against TSM, especially playing against Peter. I still respect Peter a lot, I think he’s still a really good ADC so it’s gonna be a really fun challenge for Tactical too. I wanna play pretty soon.

Hotspawn: So lastly, I actually have a question about your pre-game playlist…

Hotspawn: Team Liquid’s posted what you listen to on Twitter a few times and it seems like you’re a bit of a Red Velvet fan, no?

CoreJJ: I’m not a fan of specific singers, but I like most k-pop songs [laughs].

Hotspawn: What would you say are the top three songs you’re listening to right now?

CoreJJ: I like “Psycho” by Red Velvet, “Fine” by Taeyeon, and “Blueming” by IU.

Team Liquid will play TSM on Saturday September 5th at 1 p.m. PDT for a chance at a rematch against FlyQuest in the Grand Finals.