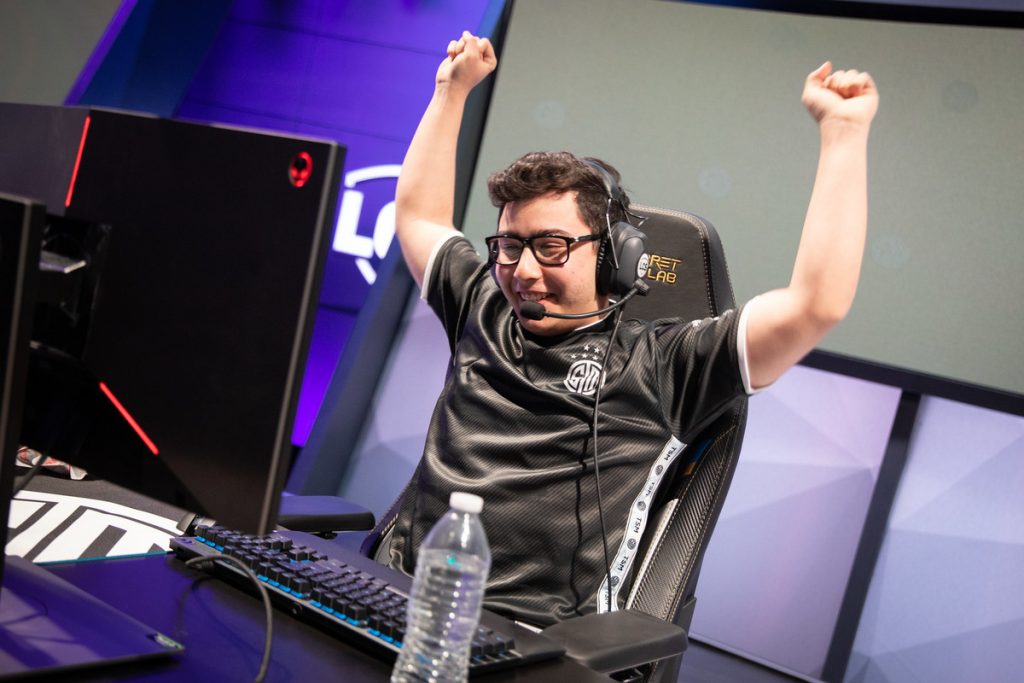 TSM, not Cloud9, will be the final LCS representative at the 2020 World Championship. (Photo courtesy Tina Jo - Riot Games)

The North American League of Legends Championship Series (LCS) Summer playoffs are upon us. TSM beat Cloud9 to claim the third and final 2020 World Championship berth in the LCS. Meanwhile, FlyQuest are making their second straight Finals appearance after a win over Team Liquid. We take a look at where things stand in the LCS by looking at the top storylines so far in North America.

Two of North America’s biggest and most successful organizations stood in each other’s ways for the third and final spot in the 2020 World Championship. Cloud9 looked like an LCS lock through three-quarters of the year, but an unexpected loss to FlyQuest put them in another elimination game. TSM, on the other hand, lost five straight games to Golden Guardians before pulling off a reverse sweep to stay alive.

Though both were now in the Lower Bracket, this was still a match between two of the most talented teams in the league. Sergen “Broken Blade” Çelik, Søren “Bjergsen” Bjerg, and Yiliang “Doublelift” Peng against Eric “Licorice” Ritchie, Robert “Blaber” Huang, and Jesper “Zven” Svenningsen.

TSM took First Blood in the series in game one. TSM stacked up objectives quickly, taking the first two Rift Heralds and and a pair of elemental drakes. Their side lane pressure with Broken Blade’s Lucian and Bjergsen’s Twisted Fate allowed them to knock down turrets, creating an early gold lead. TSM would use that to snowball their gold lead, leading to a 13 kill to 8 win in 35 minutes.

C9 bounced back to dominate game two. Blaber popped off on Graves, going 7/0/9. Zven and Philippe “Vulcan” Laflamme also had their best game of the series, going a combined 4/0/27. But C9’s success was short-lived.

Bjergsen went right back to Twisted Fate in game three, once again taking over. He went 8/0/8 in TSM’s 18 kill to 10 win in 36 minutes. With TSM banning TF on blue side again in game four, Bjergsen picked up his famous Zilean. Bjergsen again dominated, going 5/0/5 despite Yasin “Nisqy” Dinçer’s Lucian counter pick. TSM needed only 27 minutes to close out C9, leading 18 kills to 7 when the Nexus fell.

Bjergsen deservedly earned player of the series, going a combined 15/4/25 in the four games. Doublelift and Vincent “Biofrost” Wang had a much better showing in this series, perhaps re-building their synergy with their extra practice time. Broken Blade dominated Licorice top, even if he got several counter picks. That includes two crucial solo kills in game four that allowed BB to impact the rest of the map for TSM.

TSM had a very up-and-down year in 2020, but they are peaking at the right time. Their solo laners are as good as any in the LCS, and with Spica becoming the best performing TSM jungler in years, TSM have a shot at winning the LCS for the first time since 2017 Summer. Regardless, they have secured their first Worlds appearance since 2017.

It was obvious that Cloud9 weren’t the same team in the second half of the Summer Split. After C9 started 2020 with a 35-2 record, they went 4-5 in the back half of the regular season and lost 3-1 to FlyQuest in their first playoff match. At this point, they could forget historic dominance. It didn’t even seem assured that they were still one of the top five teams in the LCS anymore.

Cloud9 promptly put Evil Geniuses out of their misery with a 3-0, giving new hope that they could put it together with their backs against the wall. However, that just wasn’t the case when they faced a tougher challenge in TSM. Hardly a dominant team themselves, TSM were in such desperation that they swapped out Treatz for Smoothie in the middle of the playoffs. Even with Bjergsen playing out of his mind, this TSM never would have threatened peak C9.

We would like to take a moment to thank and appreciate everyone who tagged along with us this year.

2020 is over for us. We had wonderful moments and nothing could have been done without our staff, team, sponsors, and fans (#C9Fam).

So, what happened? Cloud9 blamed a poor read on the meta, but there is blame to be spread across the team. Their head coach Reapered admitted that the team prepared little for FlyQuest, expecting them to be an easy opponent. In reality, C9’s Spring dominance covered up for some of their poor drafts that then got exposed as their individual players started to make more mistakes.

One of the big issues for C9 came in mid lane. With Blaber no longer running over jungle with a winning top and bot side every game, Nisqy’s weak laning phase became exposed, especially against stars like Tristan “PowerOfEvil” Schrage and Bjergsen. Nisqy is at his best as a Kim “Doinb” Tae-sang-esque facilitator, not a hard carry. When there aren’t great opportunities for him to help on the map, it allows opponents to play through their mid laners.

But Nisqy was far from the only problem in their loss against TSM. Licorice had a terrible series, as his struggles against Broken Blade continued. He twice held flash to die early in game four, allowing Broken Blade to get ahead and snowball his lead by roaming down to his teammates. Blaber, widely considered the best jungler North America has ever produced, was out-jungled by Spica. Spica has been better as the season has gone on, but that’s a matchup C9 expect to win 10/10 times.

Zven and Vulcan are also not blameless. After Doublelift and Biofrost got absolutely crushed in lane by Ian Victor “FBI” Huang and Choi “huhi” Jae-hyun, the TSM bot lane were much more comfortable in this series. Doublelift and Biofrost surely benefitted from the extra practice time together, but Zven and Vulcan didn’t exert the same pressure that we saw from FBI and huhi.

Realistically, Cloud9 are still in a great spot. Their Spring Split was the single most dominant in LCS history. All five of their players are under contract through 2022, so any moves they make will be in the interest of upgrading the roster. They can’t and won’t overreact to a very unfortunate cold streak in an otherwise brilliant year.

They were also victims of a weak league and a cancelled Mid-Season Invitational. If Cloud9 had ever gotten the opportunity to face better competition, they would have been able to identify and work on their weaknesses far earlier on in 2020. By the time they started losing games, C9 weren’t able to fix their problems in time to make a deep run in the Summer playoffs. Because of that, C9’s 2020 year will always be a great “what if?” in LCS history.

Team Liquid may have had the best regular season record in the LCS, but it was FlyQuest who became the first team to qualify for the Summer Finals. FlyQuest beat Team Liquid 3-2 in the Upper Bracket Finals, sending Team Liquid to face TSM in the second semifinal.

FlyQuest looked the better side throughout, but Team Liquid still managed to pull out two wins to take it the distance. After a long 46 minute FlyQuest win in game one, Team Liquid played their best game of the series to win game two in 33 minutes.

FlyQuest dominated game three 15 kills to 5 in 31 minutes and looked to have game four wrapped up. FlyQuest looked for the series winning push, but Edward “Tactical” Ra had other ideas. His perfect Kalista play repelled FlyQuest, allowing Team Liquid to stall in their base and eventually take the game-winning team fights. With so much lifesteal and Nicolaj “Jensen” Jensen’s Zilean, Tactical was unkillable.

After blowing game four, FlyQuest regrouped to obliterate Team Liquid in game five. It may have taken them 35 minutes, but FLY were in control throughout. TL secured two early drakes, but FlyQuest held them to only one kill in the entire game. FlyQuest managed 14 of their own and never ceded a turret in their clinching win. PowerOfEvil was named the series MVP, going a combined 20/10/31 in the five games.

FlyQuest have been the most consistent team over the entire year in the LCS. Cloud9 and Team Liquid have had stronger peaks, but FlyQuest have just been consistently good. This would be their second consecutive Finals appearance.

The LCS playoffs will conclude next weekend. TSM and Team Liquid will start things off with the last semifinal match. They will play Saturday, September 5th at 1 p.m. PST. The winner of that series will move on to face FlyQuest in the Finals on Sunday, September 6th, also at 1 p.m. PST.