WildTurtle: “I Think We Have A Lot To Learn Against [LPL Teams]” 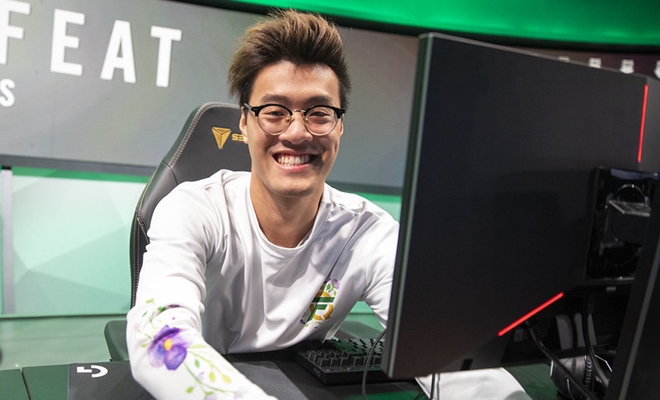 WildTurtle is one of the longest standing members of the FlyQuest organization, including most employees. (Photo courtesy Riot Games)

After a 2020 Spring Finals berth that some were prepared to write off as a fluke, FlyQuest has looked like one of the best teams in the League of Legends Championship Series 2020 Summer Playoffs. This weekend’s victory over Team Liquid in the winners’ bracket granted the org its second consecutive finals appearance and a guaranteed top two seed for the 2020 World Championship. We spoke with veteran ADC Jason “WildTurtle” Tran after the match about the team’s success this year and his long journey back to Worlds.

Hotspawn: Your teammate Colin “Solo” Earnest said in a broadcast interview that you guys were hoping to play against Team Liquid because you viewed it as the easiest stylistic matchup. They ended up taking you to five games, did you expect that?

WildTurtle: We expected to take it on the fourth game. I don’t know if you remember, but Edward “Tactical” Ra had a hero moment and saved them from the depths of hell. We do think our playstyle plays well into theirs because we’re on a slower pace, but we make really calculated and proactive plays. I think it works really well against TL, who takes a really long time to set up. So it ends up giving us more time to execute our plays and we kind of showed it in this series.

I told y'all we'd beat their ass

Hotspawn: Most people always say that TL plays slow, but it’s interesting that you framed it as them taking a while to set up their plays. FlyQuest is one of the only teams in the league that takes consistent advantage of creative level one plays and early support roams. How do you think the team’s playstyle will hold up internationally?

WildTurtle: I think for us, it’ll be a potential wake up call to speed up the way we play the game in terms of which fights to take. If you look at the other teams in other regions, mostly [League of Legends Pro League], but also in Europe, these teams are just taking fights on a lot of timings. Any timing they get, they’ll start a fight, and I think for us, we’re not really good at reacting to that type of style right now. That’s something that we’re gonna have to adapt and learn as we go into the World Finals–

Hotspawn: Well, you brought up that Tactical had a pop-off moment earlier. What are your thoughts on his development so far? He played a very impressive series.

WildTurtle: I think he’s a good rookie. He’s just not afraid, which is something very respectable. I think when you’re a rookie and you play afraid it’s not a good look, but Tactical plays aggressively at pretty good timings, so kudos to him for sure.

Hotspawn: Well let’s talk about your journey as a player going back to Worlds for the first time since 2015. You had this situation years back where you left the team that probably would’ve given you the best shot at winning a title or playing internationally again, ended up on Immortals for a bit, then landed at FlyQuest. Did it ever cross your mind that you might not ever achieve these things again? What’s your personal development been like up to this point?

WildTurtle: I think mental resilience is definitely one of the big things. Once you’ve already won a championship before, it’s harder to get back to that form and style and I think that’s something that I had to always strive for. For example, on FlyQuest last year, we didn’t really have good showings. That can be a blow to your confidence, but I kind of always trusted myself and trusted my teammates to get back to this point and it really just paid off. At times my confidence wavered for sure, but at the end of the day I just didn’t give up and always looked forward to improving and getting better.

Hotspawn: When you were benched in the beginning of the split, did you still have a feeling that everything would work out or did you feel like maybe that was going to be a major obstacle for you to overcome?

WildTurtle: I think I had a good feeling going throughout this whole year. After Spring it kind of solidified that we’re a good NA team after making the finals, so going into the split we knew that we had the potential to be finalists again. We rode that wave and just continued to build off of Spring.

Hotspawn: So you’ve played through three different eras of FlyQuest now: the “eyeball logo” era, the Snickers era, and now the SeaQuest/TreeQuest era which has been super well-received. Does FlyQuest feel like home to you?

WildTurtle: Yeah definitely, I’m actually one of the longest-standing employees including our manager Jeff. So me and him have been part of the org before any of the new people got brought in like Tricia, Nick, and all the other staff. Me and him were pretty much part of the whole build-up. So it’s been pretty amazing being one of the longest-standing FlyQuest employees and I do think that this place is a place I call home. Even if I’m not a player here I think I’ll continue to work with this organization.

Hotspawn: That’s a really thoughtful thing to say. Many players don’t think that far ahead, or at least they don’t vocalize it.

WildTurtle: I mean it’s just how it is for me. I think I’ve been here longer than I’ve been on TSM, which is pretty big, right? And it’s kind of nice to me as well since this is a newer org. 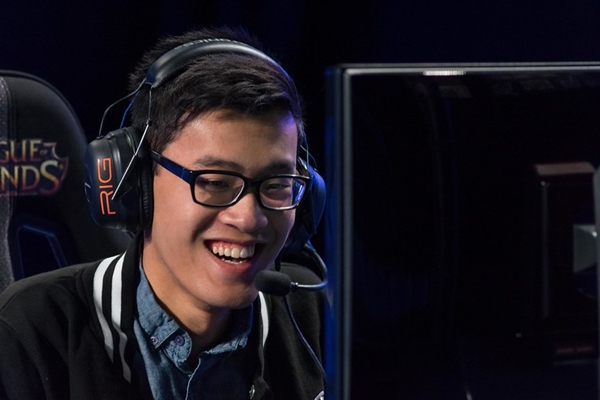 (WildTurtle’s last World Championship appearance was with TSM in 2015, where he picked up a single win in the group stage off the back of a carry performance on Mordekaiser. (Photo courtesy Riot Games)

Hotspawn: So I do have a question about Lucas “Santorin” Tao Kilmer Larsen. He said himself that when he played alongside you at Worlds in 2015, he didn’t feel ready. Now heading into Worlds 2020 he’s definitely the most hyped jungler NA is sending. What’s it been like to witness his growth as a player?

WildTurtle: It’s hard to say. We’ve been playing a long time, but we also had a decent gap where I didn’t play with him for maybe two years. I started playing with him for the last two years I believe and honestly, Santorin is always gonna be Santorin for me. Even in 2015 I thought he was a good player, he was just missing some macro points and he’s gotten better at that now for sure. I think, like I said earlier, that it’s just gonna depend on how we perform, how the other teams are, and how well we adapt. There are so many factors that go into play, and who knows, maybe the way we play League of Legends is better than the way some other teams do. I doubt it, but you never know for sure.

Hotspawn: That’s a good point. Especially since there was no Mid-Season Invitational this year, everything is more or less happening in a vacuum with the historical context of China and EU being two of the best regions. You’re really only able to watch the games and judge for yourself for the time being. Anyone you’re interested in playing against?

WildTurtle: Mostly TOP Esports, or any of the LPL teams, really. I think we have a lot to learn against them, maybe it’s good or bad, but I think it’s something I’m looking forward to for sure.

Hotspawn: Well since you’ve secured a top two seed, you’ll definitely be playing against one of those strong LPL teams in groups. Last question for you: who would you rather meet in the Grand Finals between Team Liquid and TSM?

WildTurtle: If we were to choose, we’d definitely play TL again, but TSM is definitely going to be the harder team, I think. They definitely have a chance to show up.

FlyQuest will make their second consecutive appearance in the Grand Finals on Sunday September 6th at approximately 1:00 p.m. PDT.