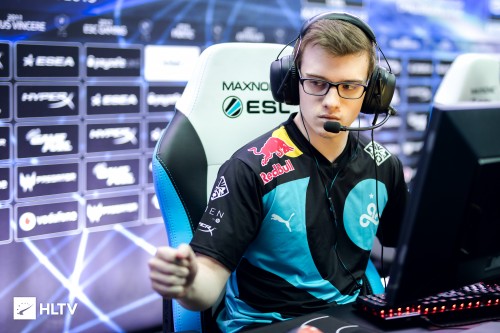 Jordan "Zellsis" Montemurro is the latest player to retire from CS:GO for a career in VALORANT. (Photo courtesy HLTV)

In a Twitlonger, Zellsis said he will be exiting Counter-Strike “for the foreseeable future,” adding insight into Swole Patrol’s struggle to find adequate representation during the current pandemic crisis. The 22-year professional also criticized the current Counter-Strike infrastructure and its inability to foster anything less than top teams.

“The current [Counter-Strike] scene currently just does not have enough [organizations] for the lower levels of the scene, or even the promise of support at all, ” he said.

With his departure, Swole Patrol will be reduced to just two players, Ryan “freakazoid” Abadir and Edgar “MarKE” Maldonado, who have not yet offered any information regarding their future plans. This week also saw the doorway to both Austin “Cooper” Abadir and Victor “food” Wong, while Braxton “swag” Pierce was scouted by South Korean organization T1’s  VALORANT team.

Zellsis won’t be gone from esports altogether however, as he declared his intent to pursue a career in VALORANT. “As many of you can expect from what I just said, I will be playing Valorant from now on, this decision took some time for me to make, but I hope it holds nothing but the best for the future.”

Zellsis will mostly be remembered by his three-month trial with Cloud9, where he helped the North American team place 9-11th at the IEM Katowice 2019 Major. He also had spent time under banners such as Lazarus and Singularity prior to making his way back to Swole Patrol where he would inevitably decide to leave permanently.

Zellsis is far from the only Counter-Strike player to announce his resignation in hopes of a full-time occupation playing Riot Games’ VALORANT. This week alone saw similar declarations from Daniel “fRoD” Montaner and Jacob “pyth” Mourujärvi, with more shocking exits delivered by Hunter “SicK” Mims and South Korean organization MVP PK the week prior. It’s a beat many esports professionals are dancing to at the moment, and while it doesn’t necessarily spell disaster for the competitive Counter-Strike scene, it raises concerns of players switching primary titles midway through their careers, and what impact could have on the overall esports industry.