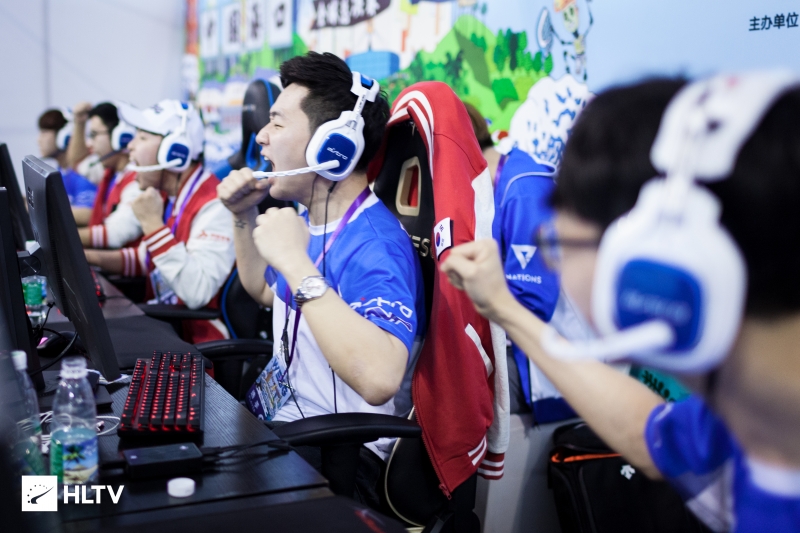 MVP PK has announced its departure from Counter-Strike, while its players pursue careers in VALORANT elsewhere. (Photo courtesy HLTV)

South Korean organization MVP PK has released its Counter-Strike: Global Offensive roster following the expiration of their contracts, with the former players reportedly setting sights on VALORANT, per Fomos.

MVP PK, most well known for its success in StarCraft 2, first entered the Counter-Stike space in late 2015. Not before long, the organization grew into one of Asia’s most elite CS:GO teams – often competing alongside TYLOO and Vici Gaming as the best in the West. Through MVP PK’s lifetime, the team qualified for a number of international LAN events such as the ESL Pro League Season 7 Finals, IEM Chicago 2018, and ESL One Cologne 2019. The South Korean band even saw a few title finishes such as their showstopping performance at eXTREMESLAND Asia in 2018.

Despite MVP PK’s success in the West, the team failed to compete with global contenders. The news of the organization’s departure comes after a lengthy period of uncertainty and poor results. The group had bowed out at fourth in the East Asian Closed Qualifier for the Rio Major and had forfeited their last ESEA Season 33 match.

In the initial report by South Korean news site Fomos.kr, MVP PK coach Seonho Pyeon spoke to his team’s transition away from Counter-Strike, saying: “There were many similar parts to CS:GO, so I expected to adapt easily. I am practicing by applying the know-how and system I have accumulated over the years. I haven’t lost any scrim yet, and I am confident to be the best team in the world.” Pyeon ended his statement by pointing out the former MVP PK roster is looking for an organization to represent them and open to offers.

MVP PK’s withdrawal marks the second Asian team to retire from CS:GO in hopes of a better career in VALORANT. Japanese organization Team Absolute, who competed in the WESG 2018 World Finals, issued a public statement on March 2 outlining its plans to “suspend” CS:GO operations in pursuit of Riot Games’ new tactical first-person shooter.

Far from the only case either, as many esports professionals are weighing in prospective careers in VALORANT. Former Complexity members Hunter “SicK” Mims and Shahzeeb “ShahZaM” Khan are the latest high-profile CS:GO talent to flee the scene, announcing their residency with Sentinels’ VALORANT team earlier this week. News broke Tuesday at the other end of the esports spectrum when Overwatch League MVP and World Champion Jay “sinatraa” Won declared his intent to retire, prior to going public with his Sentinels VALORANT signing, as well.

The MVP PK roster will be last known as: