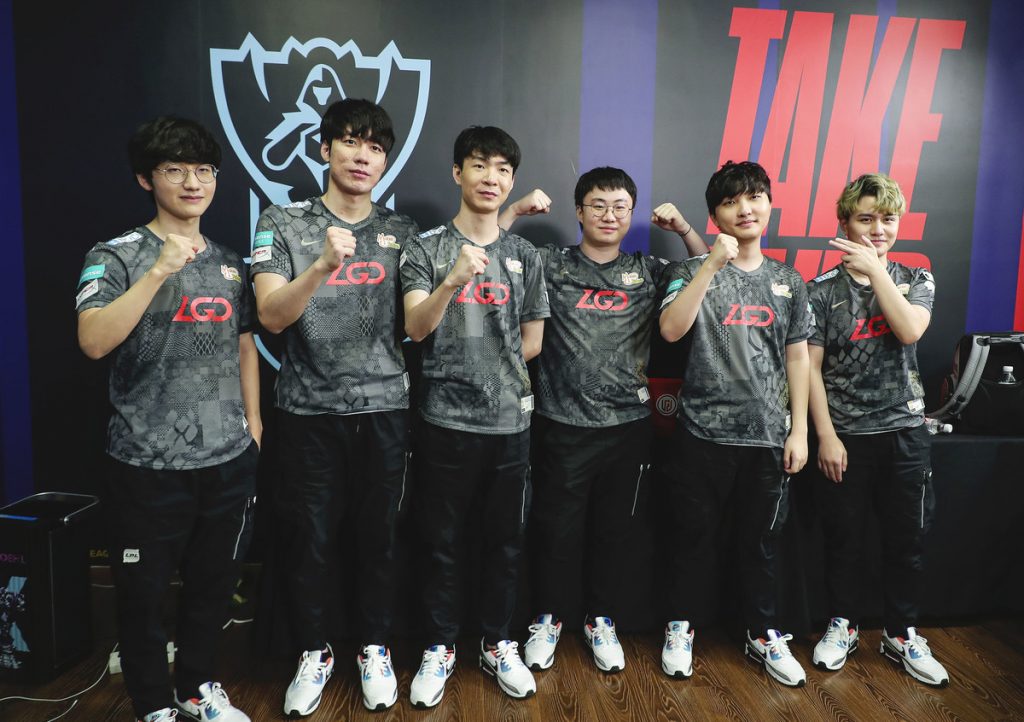 LGD Gaming turned it around to qualify for the Main Event with a pair of three-game sweeps. (Photo courtesy David Lee - Riot Games)

The 2020 World Championships continues on. After disappointing ends to their Group Stage of Play-Ins, LGD Gaming and SuperMassive Esports both advanced to the Main Event in 3-0 sweeps. Meanwhile, the MAD Lions have been eliminated from the tournament. We take a look at the top storylines of the World Championship so far.

After a disastrous 1-3 start to Play-Ins, LGD Gaming were the biggest mystery entering Round 2. At their peak, they were clearly the best remaining team, but LGD didn’t show anything close to peak form in the round robin. In their two matches to advance to the Main Event, LGD looked a lot more like the team we saw in 2020 Summer with clean sweeps of Rainbow7 and Legacy Esports to advance to the Main Event.

LGD Gaming then advanced to face Legacy Esports for the right to advance to the Main Event. That series was just as lopsided, resulting in another 3-0 for LGD Gaming. LGD Gaming led in gold from start to finish again in game one, setting the tone for the series. Langx’s 3/0/5 Renekton and Peanut’s 3/0/2 Graves led the way. After leading for the first 25 minutes, LGD briefly lost the gold lead to Legacy in game two. However, Kramer’s late triple kill on Ezreal res-established their lead and allowed LGD to close out game two despite trailing 17 kills to 18. LGD then dominated game three to close it out, needing only 25 minutes to secure their spot in the Main Event. Kramer’s Ezreal once again starred, going 4/0/4 in the 14 kill to 4 win.

We’ve seen examples of teams, notably Cloud9 and Splyce, grow stronger by playing extra games in Play-Ins. It may seem more trivial for an LPL team that played 40 games in their regular season, 14 games in the playoffs, and 7 in the Regional Finals, but there is still something to be said for gaining familiarity in a new environment. LGD will certainly be more comfortable going into the Main Event, but it remains to be seen if they can regain the form that saw them go 6-1 against Invictus Gaming in the postseason.

As the fourth team from the LPL, LGD Gaming will go to Group C. While there is no dominant favorite to run away with the whole group, there are also no “easy” opponents, either. LGD will join TSM, Fnatic, and Gen.G.

The Unicorns of Love looked on their way to automatic qualification for the Main Event in the Group Stage, but a pair of late hiccups dropped them down to second in Group B. It turned out to be no problem, as the Russian team swept SuperMassive Esports 3-0.

Kirill “AHaHaCiK” Skvortsov’s Nidalee dominated game one for UoL, going 8/1/8 on Nidalee to get it started. After a stagnant early game, UoL took over in the mid game to win comfortably, leading 21 kills to 12 in 32 minutes. It was a similar story in game two, but this time UoL had the scaling advantage of Lev “Nomanz” Yakshin’s Kassadin to rely on. He delivered in a big way, going 11/2/3 to set UoL up for match point. Nomanz then pulled out the Vayne counter pick to Sett mid in game three, dominating the lane matchup by denying Sett farm. Nomanz went 7/3/5 on the pick, leading UoL to a 17 kill to 10 win in 30 minutes.

This will be the first time the Unicorns of Love have made it to the Main Event of the World Championship. The 2019 squad lost to Splyce 3-2 in Play-Ins.

The Unicorns of Love got a tough draw in joining Group D at the Main Event. Top Esports are considered one of the favorites to win the whole tournament, while DRX finished as the LCK’s second seed. FlyQuest are considered a notch below the two, but even they come from a major region. The Unicorns of Love will have their work cut out to advance out of the Group Stage.

As the presumed favorites to win Group A of the Play-Ins, it was disappointing to see the MAD Lions go 1-3 and barely survive the round robin. However, like LGD Gaming, they still had a chance to advance to the Main Event by winning consecutive best-of-fives. But unlike LGD, MAD did not come together in the Elimination Round, losing 3-2 to SuperMassive Esports to end their Worlds run.

Our #Worlds2020 run ends with our loss to @supmass. Thank you to all of the fans that supported us through our first year in the @LEC.

We started the year with 4 rookies, and they made it all the way to Shanghai when no one expected them to. We'll be back again in 2021! #goMAD pic.twitter.com/1uclH9QllV

SuperMassive and MAD traded wins in their series, starting with SUP winning a back-and-forth game one. MAD dominated game two from start to finish, but SuperMassive followed by doing the same in game three. SUP then almost closed it out to win game four, but Zhiqiang “Shad0w” Zhao put his earlier poor performances behind him to carry on Graves, going 5/0/5 to send it to a game five. Unfortunately for MAD, they came up short in game five. SUP’s Malphite pick was great into MAD’s very AD-heavy composition, giving them an edge in comp. SUP then snowballed ADC Berkay “Zeitnot” Aşıkuzun’s Caitlyn, allowing him to go 9/0/6 to dominate and eliminate MAD. SUP won game five 19 kills to 8 in under 30 minutes.

The MAD Lions were very competitive in their final series with SuperMassive, but it still wasn’t enough. They will be left to lament their poor performance in the round robin, especially considering that three of the four teams to advance to the Main Event came from Group B. Only Team Liquid advanced from Group A, meaning that the MAD Lions even had the benefit of playing in the easier group.

Both Shad0w and Andrei “Orome” Popa will be criticized for their performances at Worlds, but there were plenty of problems to go around. Norman “Kaiser” Kaiser didn’t have quite the same dominant performances he had in Europe, while the MAD drafts left  Matyáš “Carzzy” Orság on Senna in four of out of their five games.

Still, the future of the MAD Lions looks bright. This was a very rookie-based squad that at times dominated the LEC and proved they can play with the best teams in the world. Every member of their roster is under contract through at least 2021, so they have the option of continuing on together. Hopefully, they will build on the success of 2020 and use the disappointment of Worlds as fuel for next year.

The World Championship will continue on with the Main Event, beginning on Saturday, October 3rd. FlyQuest will take on Top Esports at 1 a.m. PST in the first match.