Which Teams Are Attending Six Invitational 2020? 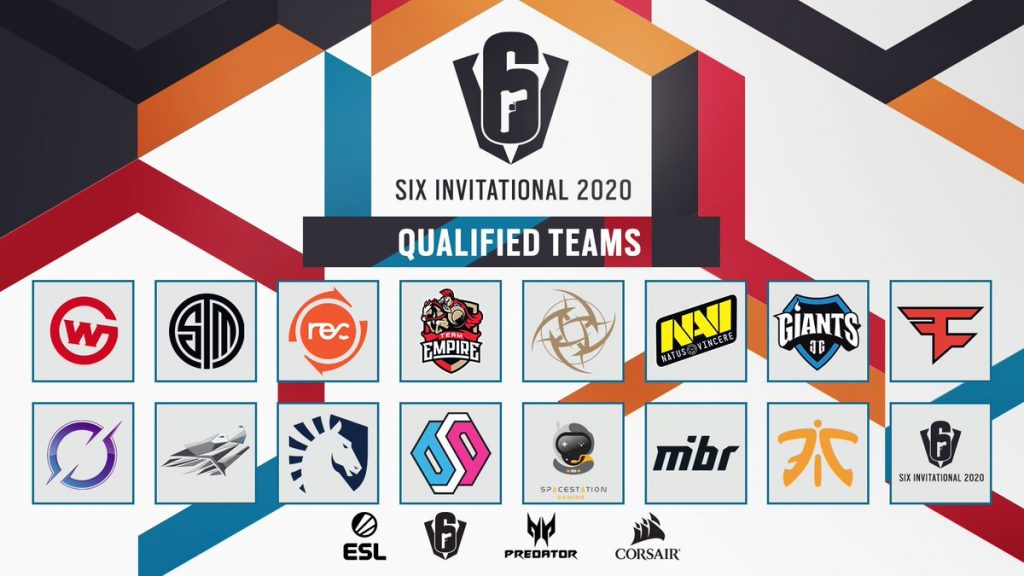 The Six Invitational is weeks away and all the official qualifiers for the event are over. 15 teams from across the world are confirmed for the event, with only one space remaining. With the hype building to the event and Pro League kicking off this week, its time to look at the teams attending and how they got there.

🧩 We have our 15th piece of the #SixInvitational puzzle.. 🇦🇺 @FNATIC! 🧩 pic.twitter.com/Sn75PXUZsO

BDS Esports is the European team that qualified through the European Regional Qualifier. They won their series 3-1 vs Team Secret in the grand final.

Team Empire is the first team to qualify for the Six Invitational 2020 after winning the Six Major Raleigh back in August.

TSM earned their way into the Six Invitational 202 via their victory at the DreamHack Montreal minor. They played against Team Liquid in the grand final and won the LAN with a debuting new line-up

Spacestation Gaming claimed their spot in the Six Invitational 2020 when they took down Luminosity Gaming in the NA Regional Qualifier finals.

Faze Clan and NiP are the LATAM Pro League attendees from the Season 10 Finals. Both teams had a sad entry into the LAN finals due to visa issues. However, that mistake won’t repeat itself here.

Team Liquid took the final minor of the year with their victory over SSG at the OGA PIT minor in Croatia. After several LAN in 2019, they finally got their much-needed win and tickets to an international event.

MIBR is the team attending via the LATAM regional qualifier. After facing relegation to earning their way into the Six Invitational 2020, they are on the path to recovery.

Aerowolf and Wildcard Gaming are your APAC attendees from the Season 10 Finals. Both teams will be attending the major for the first time as they dethroned Fnatic and Nora-Rengo in the APAC Season Finals.

Fnatic recently qualified via the APAC regional finals after facing off against Xavier Esports.

The 16th, and final spot, is yet to be announced. ESL and Ubisoft provide a direct invite at their own digression. We will update as it is announced.