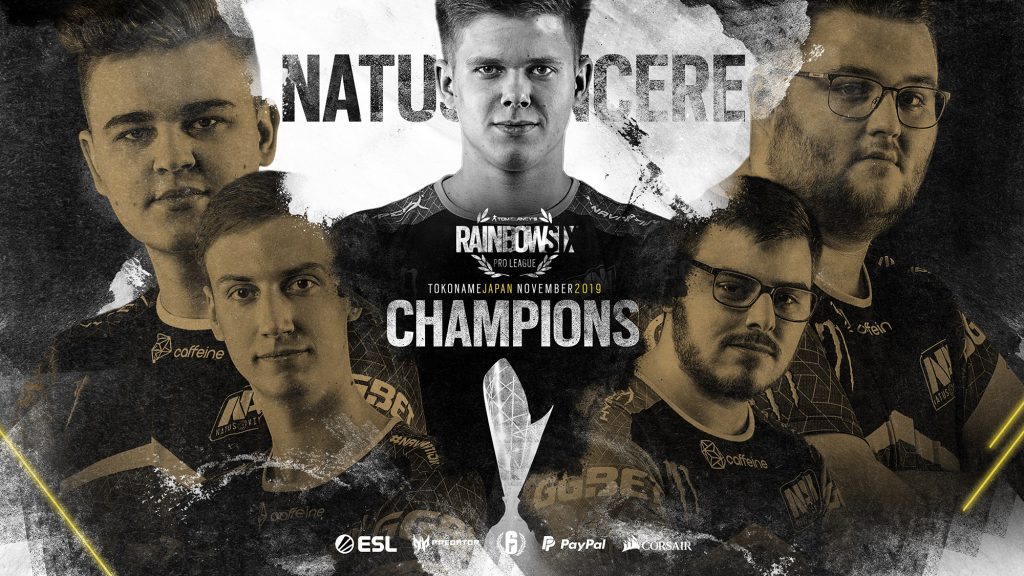 Within two years, Na'Vi went from a brand new R6 organization to the Season 10 Pro League Champions (Image via R6Eesports/Twitter)

Natus Vincere has fulfilled the rookie dream of becoming Pro League Champions after winning the Season 10 Finals. Na’Vi started their journey from the grassroots scene last year, earning their way into the Season 9 Challenger League. From there, Na’Vi surprised the world with a first-place finish in Season 10 European league, and are now the champions of the season.

This is an impressing feat of strength, and they most certainly had their struggles along the way. With that in said, let’s look at their journey over the weekend.

Starting off the weekend. Na’Vi fought against Wildcard Gaming, which was a surprising result. The series went in favor of Na’Vi, winning 2-1. However, the series was defined by one round. Wildcard Gaming took Kafe, Na’Vi’s best map, and upset them. Na’Vi then came back with two map wins, but it was only won on the final round of overtime, with Ben “CTZN” McMillan gaining four kills. This wasn’t the only highlight of the game for Na’Vi, as Leon “NeLo” Pesić, also earned an ace in the series. Na’Vi was individually on point, even if they were sloppy as a unit in the quarterfinals.

Moving on, Na’Vi played Team Reciprocity in the semi-finals. This series was also an incredibly great one. Team Reciprocity took Consulate 8-7, with an incredible number of highlights for both teams. This was a great showing for the NA roster, and that is what they needed having previously battled NiP in the previous round.

Although, Na’Vi came back to win the series with the reverse sweep. Villa proceeded to be a quick map, with Na’Vi winning it 7-1 on Reciprocity’s map pick. This momentum carried strongly into the next map, as Na’Vi won Clubhouse 7-5.

This series was certainly something to behold. CTZN’s performance broke the record for most kills in a competitive map. CTZN had been performing amazingly throughout the last 6-month season, and it paid off here in the Season 10 Finals.

Finally, Na’Vi faced off against DarkZero esports. Natus Vincere took this series 2-0 with solid leads over their opponents. Consulate went in favor of Na’Vi 7-4. DarkZero made a colossal mistake allowing Na’Vi to get the plant. The round quickly descended into pure chaos with multi-kills dishing out. Kyle “Mint” Lander will be feeling the force of one honest mistake, as it gained him the ace he wanted, but not the map saving round.

Coastline was the final map of the series and Na’Vi’s control solidified the map early on. DarkZero did well in the first few rounds, with the likes of Paul “Hyper” Kontopanagiotis having his moment on round three retaking billiards room. However, DZ only claimed one other round on the opposite half. DZ did have a 2v1 situation attacking Sunrise Bar, but CTZN fought well to clutch it out.

The storyline continued, with the game ending in a 3v1 situation for Na’Vi, as Hyper was left defending the defuser with multiple angles to defend from. Na’Vi found their final frag and became the brand-new Pro League Champions.