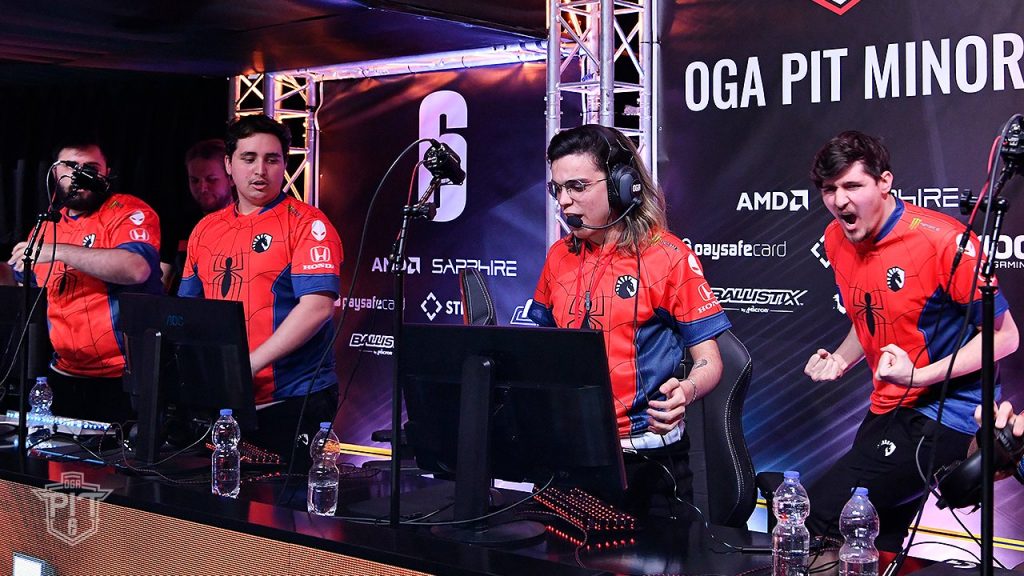 Team Liquid is your OGA PIT Champions after a successful upper bracket race. Team Liquid has been on the rise at offline tournaments since July and was one of the dark horses given the context surrounding many teams attending the event.

Team Liquid has been LATAM’s most successful team at LAN this year and had a strong Season 10 Pro League online. This momentum and preparation coming into EU earned them the trophy, and a well-deserved invite to the Six Invitational 2020 in February and $30,000 USD. With such a strong result, let’s look at Team Liquid’s journey that brought them here.

Team Liquid had a tough opponent in the opening round. BDS Esports, a team experiencing a meteoric rise through the European Leagues and had strong success at DreamHack Montreal, especially for a then freshly qualified Challenger League team. Anyway, Team Liquid showed their veteran experience in the scene and shut down the French roster 2-0.

🇺🇸 Leading our R6 crew to success, Paluh reaches the 27 kills mark to close out the series with a 2-0 victory over BDS! #LetsGoLiquid pic.twitter.com/Dwaq1gKnNf

Moving forward, Team Liquid then played against Luminosity Gaming in the semi-finals. They also took that series 2-0, with Kafe, a staple of their map pool going 7-1, and a close fought 8-6 victory on Bank.

Continuing on, their upper bracket final was against MIBR, their regional allies who turned up at the event after a weak 2019. Here, Team Liquid faced their first map loss of the event but still made their way into the Grand Finals with a 2-1 series victory. Team Liquid did this having to reverse sweep from a 7-4 loss on Clubhouse, a map Team Liquid is not too strong on.  After that, Team Liquid won Broder 7-3 and Coastline 7-4.

In the Grand Finals, Team Liquid was already 1 map up, courtesy of their upper bracket seeding. This proved useful to them as they closed the series out on map 4 of the best of 5. The series opened once again in tremendous favor, beating Spacestation Gaming 7-3 on Kafe.  Clubhouse then went the full distance as Team Liquid clawed back against their opponent map pick, but ultimately fell 6-8. Although, Team Liquid once again showed the NA region that Bank is a map they can play on. Like with Luminosity, Spacestation Gaming met a similar fate as their series also ended on a Bank defeat. Only this time, Team Liquid won 7-3, with Team Liquid lifting the OGA PIT R6 trophy.

🇺🇸 With the 3-1 victory over SSG, we secured our spot at the Six Invitational 2020 and became your OGA PIT R6 Minor S3 Grand Champions! #LetsGoLiquid

Team Liquid was the darkhorse of the event, with recent news flashes and LAN hopefuls taking the spotlight. However, they have proven that they can hang with the world best.

This tournament was a long time coming after Team Liquid fell short twice in the ESL Pro League Season 9 and 10. At LAN events, Team Liquid was consistently top four at every visit. In June, the LATAM roster made it third place after a decider between them and Chaos. E.C. In July, they took the Brasileirão 2019 championship, and had a close scrap against TSM in the finals of DreamHack Montreal, finishing second place. With their result here, this leaves a satisfactory conclusion to Team Liquid’s journey throughout 2019.

With the OGA PIT result, Team Liquid has made a serious case for them being one of the world’s strongest LAN teams. If they can improve on their Clubhouse, then their map pool will look insanely strong as we get closer to February’s Six Invitation 2020.