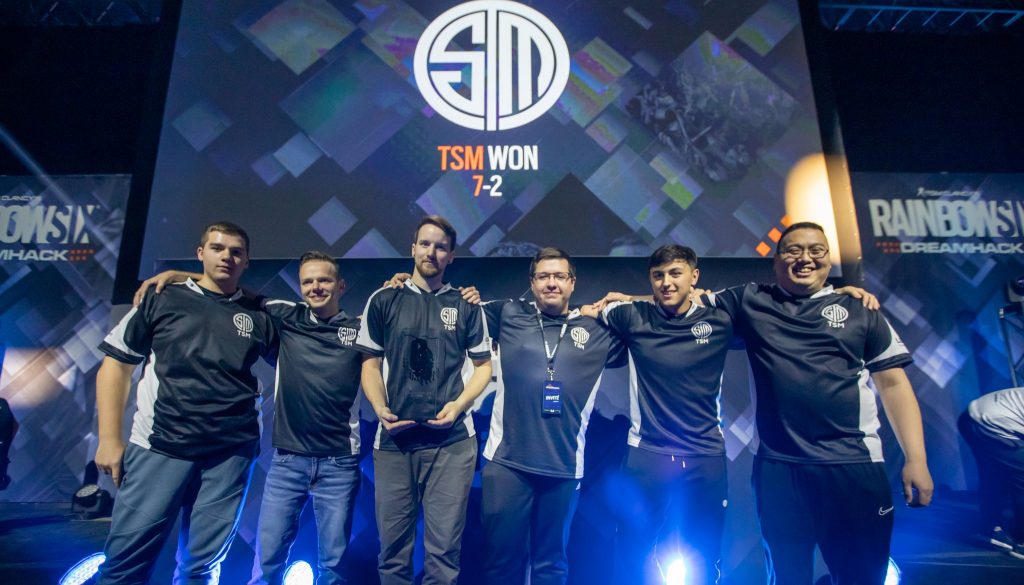 TSM topped the competition at DreamHack Montreal. (Image via DreamHack)

In a 2-1 Rainbow Six Siege finals, TSM took DreamHack Montreal over Team Liquid. The North American squad takes home US$30,000 and more importantly, the invitation to the Six Invitational 2020.

TSM came into the event with recent roster changes. After a dismal first half of Pro League Season 10 put them in seventh place out of eight teams in North America, and a fifth-eighth place finish at the Six Raleigh, something had to give. They brought in Sam “Jarvis” Jarvis, formerly of DarkZero Esports, and Owen “Pojoman” Mitura, formerly of Excelerate Gaming, and it looks to have paid off. Their run through DreamHack Montreal wasn’t flawless, with a few 2-1 clashes, but they got it done.

HERE. WE. GO. With the 8-7 win over @BDS_esport in game 2 we head to the grand finals of #DreamHackMTL. See you soon @TeamLiquid 😎. #TSMWIN pic.twitter.com/5WUpIO9Qeh

The finals saw TSM face off with Team Liquid. The closest contest came on the first map, Coastline, which TSM took 8-7. Liquid came back on the second map, Bank, with a decisive 7-2 scoreline.

Consulate was the final map. Team Liquid chose to attack first, surprising the analysts. TSM was able to clutch it up on the first round of defense, with Bryan “Merc” Wrzek clutching it despite Team Liquid’s strong start. TSM’s defense stayed strong, remaining patient and waiting for Liquid to come to them. Liquid was only able to snag a pair of points on defense.

WE ARE THE CHAMPIONS OF #DHMTL19! The boys take the final map of Consulate 7-2. THEY ALSO QUALIFY FOR #SI2020 and cement themselves as a top dog! #TSMWIN pic.twitter.com/21Rof9NGhJ

TSM joins Team Empire as the only two teams confirmed for the Six Invitational so far. There’ll be an additional eight qualifiers via the Pro League Season 10, one from OGA Pit Season Three in December, and then five additional regional qualifiers.