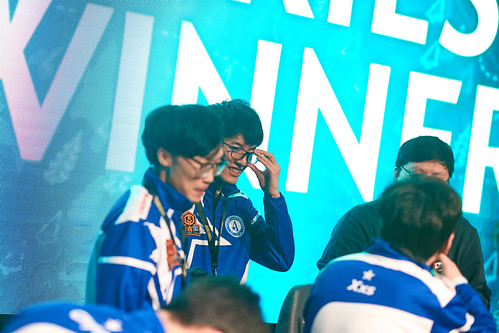 Team Aster are the StarLadder ImbaTV Dota 2 Minor Season 3 champions, having defeated Alliance in a thrilling 3-1 series to claim the title. The team now heads to the ESL One Los Angeles 2020 Major, their third Major of the season.

But before the final could take place, Alliance would have one final hurdle. The team faced off against Gambit Esports in a rematch from the group stages, where Alliance had lost two straight games to the CIS stack.

Heading into this match, Alliance needed to do something different. In their last meeting, Gambit had shown off their high-level drafting, by selecting heroes which outscaled all of Alliance’s picks. To counter this, Alliance chose better heroes for early aggression, such as Dragon Knight.

With these picks Alliance punished their opponent’s carries, and engaged in fights all across the map. Gambit’s response was to bring even more aggression, with their Tiny and Ember Spirit teaming up to catch out their opponent’s cores. As a result, the game scaled out of control. As each team pushed into the other’s base, a brutal fight would break out, allowing the defenders to prevail. With no team confident enough to push in, the game slowed down into a 60-minute brawl. Eventually, a climactic fight broke out, and Alliance were able to kill off Gambit and secure game one.

The next match would not be a long, drawn-out affair. Alliance again opted for aggressive early picks, but this time didn’t allow Gambit any time at all to scale up. Neta “33” Shapira’s incredible catches in the Dire jungle stopped Gambit dead in their tracks. At 17 minutes in, Alliance was able to wipe their opponent’s full team and push into the high ground.

Gambit head home with a respectable $54,000 of prize money and 110 Dota Pro Circuit points, pushing them briefly into the top 12 of the rankings. Just in line for an invite to TI10. However, with the Major just a week away, the squad will quickly fall back out of contention.

Aster has honestly looked dominant in this tournament. Heading into the final, they hadn’t lost a single game in either the group stages or playoffs. What’s more, they’ve done it with a variety of heroes and strategies. Alliance had their work cut out for them heading into this series.

But things started in the worst possible way for Alliance. After a draft that saw Aster get some of the highest priority picks from this tournament, including Snapfire and Death Prophet, Alliance found themselves with heroes that didn’t do well in the early game. As a result, Aster bullied their opponent in lane and quickly snowballed a victory in the first match.

For the next game, Alliance went back to some heroes who had been reliable for them earlier in the event. The Mars and Oracle pick for catch and then, of course, the Medusa for Nikobaby. Aster, meanwhile, was content with the Storm Spirit, Arc Warden combo.

But again, Aster went back to bullying Alliance in the lanes, preventing them from even farming on these comfort picks. Song “Sccc” Chun especially, on his Arc Warden, was able to prevent Alliance from touching any creeps in bot lane. All while Kee Chyuan “ChYuan” Ng on Storm Spirit was able to kill Nikobaby in his jungle repeatedly.

These repeated kills across the map allowed Aster to camp runes, and then smoke onto their opponents for more kills. The Chinese squad picked up four bounty runes on both the 10 minutes and 15 minutes spawn, allowing them to scale out of control, and push high ground shortly after. Alliance attempted one last fight, but it was too little too late, and Aster took game two.

With match-point on the line, Alliance tried something new. Picking the first Jakiro of the tournament, the team looked to try and have a more reliable lane, because of the raw stun potential of the Ice Path. But Aster had a few tricks of their own, grabbing a Chen to keep them buffed and healed throughout the game.

Adrian “Fata” Trinks on Jakiro and Niko started the match by immediately killing off Mars as he attempted to take bounty runes leading into a much stronger start for Alliance. The brutal Jakiro/Dark Seer combo created havoc for Aster, who found their carries stunned then replicated. When Aster’s Anti Mage would get caught, his mana leaching ability was used against him to secure easy kills.

Meanwhile, Nikobaby’s Lifestealer was scaling out of control, and even a few successful fights from Aster weren’t enough to keep Alliance down.

Alliance successfully handed Team Aster their first loss of the tournament by switching things up and taking advantage of early aggression as they did in the games versus Gambit. But there were still signs that Aster could have won that game quite easily – Sccc had ended the match with more gold overall than Alliance’s carries.

With this in mind, Aster again reached into their deep hero pool to pick Shadow Demon, Io, Gyrocopter, and Centaur Warrunner – all picks they’d hardly used this entire tournament. These new heroes from Aster proved too much for Alliance. The Io/Gyrocopter lane scaled incredibly quickly, and the team was able to grab a considerable lead, continually picking up runes, and the free kills Alliance offered them.

Attempting to stop the bleeding, Alliance countered with a sneaky Roshan take, which Aster didn’t even realize was happening.

But even with an Aegis of the Immortal on Nikobaby, Aster was still able to catch out their opponents and kill them. With all three of their cores in at the top of the net worth, Aster was almost unstoppable. Alliance grabbed a few kills but weren’t able to get the crucial Chronosphere to land as Aster pushed in on their high ground. After an almost flawless tournament, in which they only dropped a single game Team Aster was victorious.

Every time Sccc wins a tournament, this gif plays in front of my eyes. Maybe it's a big story in the making …. Maybe. pic.twitter.com/O0UEE5omgO

Aster’s victory had seemed destined from the first day of the Minor. The team was so far ahead of their opponents, with only Alliance able to even put up an effective defense against this dominant Chinese Stack. Heading into the Major, they’re already one of the favorites to win it all, alongside the dominant European and China squads that have already qualified. They head to LA with $72,000 of the prize money in pocket, and 140 DPC points assured.

Looking forward to seeing Aster at the major!
Incredibly impressive wins from them throughout their run here at the Minor, and definitely on form to have an impact against the other Major teams.
GGWP!

Alliance will have to go back to the drawing board. They’ve again missed out on a top spot, and as a result, are headed back to another round of qualifiers. Although the team is very high in the DPC point standings, the 120 points and $60,000 in prize money is nothing compared to a tournament win. The problem is, this is a very one dimensional team. If Nikobaby isn’t able to carry, the team loses, and it makes it easy for their opponents to lock them out of the game. The team must be able to bring more diversity to the EU Qualifier at the end of the month if they want more success at DPC events.