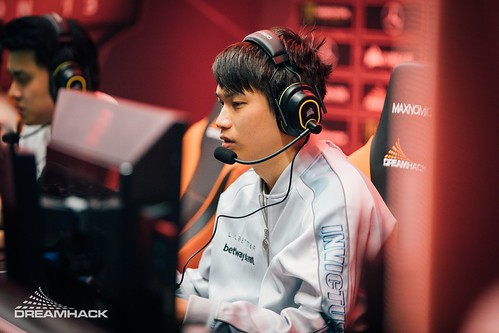 Having attended the last two Majors, Invictus Gaming looks to finish this one with a win finally. (Photo courtesy DreamHack)

In our previous previews of the ESL One Los Angeles Major 2020, we covered South America, North America, and the CIS. Now we’re moving on to a region with an enormous quantity of top-teams, which create a hyper-competitive situation in all their qualifiers.

China is filled with prestigious Dota 2 organizations. However, we’re missing so many from ESL One Los Angeles. Vici Gaming, Keen Gaming, CDEC, Newbee, and others are all absent from proceedings, victims of the cutthroat qualifiers. In their place three equally prestigious teams each have a chance to take home the gold in LA.

Invictus Gaming is, surprisingly, the most consistent team in China. Clearly top tier, and able to adapt quickly to new patches, iG has attended every Major this year, and placed in the top five both times.

How they do this is through a genuine mastery of rotations and proactive play. Invictus Gaming is seemingly always in the right place at the right time. In their qualifier, they only dropped a single game all tournament – a 29-minute stomp after a lousy draft against Keen Gaming.

Bad drafts are likely the team’s only real kryptonite. That’s what cripped them in their pair of elimination games versus Team Secret and then Evil Geniuses at DreamLeague Season 13. Faced with something unorthodox, the team was thrown off its game, losing two straight to Secret, and dropping out of the event after a 2-1 game with EG. In both cases, it was something slightly off-meta that messed with the team. Secret’s Magnus and EG’s Ancient Apparition seemed too much for the team to handle, as they dropped multiple games to their opponents.

Coming up next at #DHDL13 Major!

The team’s other weakness? Their regional rivals Vici Gaming. With VG absent from this event, and plenty of time with the patch to get accustomed, this team is definitely a favorite to win it all at ESL Los Angeles.

We last saw Royal Never Give Up at the WePlay! Bukovel Minor in January, where the team was bested by Nigma in four games. Nigma and RNG were the clear finalists of that event, and many thought that the Chinese stack would easily waltz through the Minor. After so long on the second tier of its region’s teams, RNG was finally back to form with a pair of superstar supports in Xue “September” Zhichuan and Xie “Super” Junhao.

The latter doubles as the team’s coach, with a decade of impressive experience. Evidently acting in a dual role hasn’t affected his ability to play, as he and September form much of the team’s early-game aggression. In stark contrast with RNG’s usually methodical playstyle that sees them able to stick out games into the late and super late game.

This backfired against the frenetic and sometimes unpredictable Nigma at Bukovel but had otherwise kept them consistent throughout that tournament. In the Major, there’ll be even more unpredictable and unusual playstyles coming out. For RNG, it’s a case of seeing whether they can adapt quickly enough to maintain their winning ways. If they can, they’ll be taking an upper-bracket ride to the semi-finals easily.

EHOME is one of the biggest and most storied names in Chinese Dota. But if you were just tuning in for the first time this season, you’d be hard-pressed to know that. They haven’t been seen at any tournament since the MDL Chengdu Major, where they dropped out almost as quickly as they arrived. Outside of smaller regional leagues, they’ve barely had an impact.

But now the team looks in far better shape. Having revamped its cores after the disappointing end to the Chengdu Major, the roster is now built around carry Liu “Sylar” Jiajun, and solo mid player Cheng “NothingToSay” Jin Xiang. In their initial outings at the DPC qualifiers in December, however, there wasn’t much sign of improvement. Understandable, perhaps, given that the new lineup had just ten days to practice together.

Dear fans，we have reached an agreement with AxH that NothingToSay will be transferred to EHOME, with vtFαded loaned to AxH.
As a replacement of 897，NTS will solo mid for 2nd major. 897 will turn to alternate.
Thanks for the effort vtFαded made, wish him a brighter future. pic.twitter.com/E5XOdnbz8Z

Having finally returned to a Major, it’s EHOME’s chance to perform. With slightly less competition from regional rivals like Vici Gaming, Keen Gaming, and CDEC, the team looks primed to deliver. If their closed qualifier performance is anything to go by, this is a team that thrives in quick, decisive matches. Against RNG, the games veered into 40 and 50 minutes, and this is where the squad broke down, and versus Team Aster in their third-place match, they almost missed out on qualifying in two close games.

After a 2-0 victory over Team Aster, our DOTA2 team finally qualifies for the #ESLOne Los Angeles Major!
See you in Los Angeles!
GGWP, and thanks to our sponsors and fans. Onward and upward! pic.twitter.com/K6IV3iuJn9

If this team can pick up good drafts, and finish games quickly, they’ll stand a chance at reaching the top five at ESL.

The Best Dota Region In The World (After Europe)

The scary thing about the Chinese teams is that all three of them have a chance to win it all. There’s only one other region that could claim that, and it’s their biggest international rivals – Europe. However, outside of that, the teams will have to be careful not to cannibalize themselves. Chinese Dota teams scrim and play each other enormous amounts thanks to an abundance of regional events. They’re their own worst enemies when it comes to the international stage.

All three China region teams are in action at the ESL One Los Angeles 2020 from March 15th. Additional information about the tournament, including tickets, teams, location, etc. can be found on ESL’s official website.