RNG Rises and Furia Flops at the WePlay! Bukovel Minor 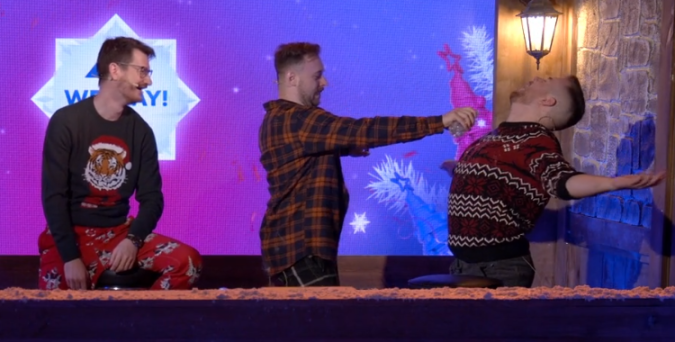 Christmas may have passed but Holiday shennanigans remain during the WePlay! Bukovel Minor. (Photo courtesy WePlay!)

The WePlay! Bukovel Minor is well underway, and even though it’s just the second Minor of the Dota Pro Circuit season, there’s already a sense that the makeup of pro Dota scene is shifting.

Before the action even kicked off there was a feeling that this was going to be a special tournament. Right on cue, as the production started, viewers were treated to some of the most unique themeing, transitions, and sets that we’ve seen from a tournament in recent memory. The “Winter’s Tale” subtitle of the Bukovel Minor is perfectly on display with the campy Christmas sweaters worn by the on-air talent, the snowy graphics, and shots of the surrounding ski resort. Not to mention, the powder clad winter map which the tournament is being played on.

What’s more, the WePlay! production team has been unafraid to take risks, make content, and otherwise create entertaining moments for us to enjoy. This kind of wackiness in the production is precisely the kind of thing that turns a good Dota 2 tournament into a great one.

well this made me piss my pants. thanks @WePlayEsport https://t.co/qDlG0ytdHG

But as ever, it’s been the in-game action on the snow-covered map that’s been the most impressive part of this tournament so far. Just halfway through the tournament, we’ve seen some of the stand-out favorites fall short, while some lesser squads have stepped up and showed their mettle – especially in Group B where Nigma, Fighting PandaS, Furia, and Gambit Esports have been battling it out.

It’s hard to believe the Nigma we’ve seen this week is the same team that went to the finals of The International 2019 less than six months ago. More than just rust from being absent from top-tier tournaments, the genuine regression in their standard of play is readily apparent.

No better example of this was their opening game against the Fighting PandaS. In their first match, Nigma played reasonably well for the first 20 minutes carving out a small lead. But as the game progressed the lead shrank, and the team fell apart. In their second match, the team was victorious, transitioning a winning set of lanes into a quick win. But in the decider, the team once again failed to capitalize on early success, losing to a much stronger looking PandaS squad. Amer “Miracle-” Al-Barkawi, in particular, seemed to struggle moving out of the laning phase and into a late-game carry role.

If not for a near helpless Furia team that was unable to pick up a single win on their way to elimination, Nigma would be rightfully at the bottom of the bracket for Group B. As things stand, the squad was able to navigate past their Brazilian foes to give them one last chance of survival.

Unfortunately, fate would conspire to pit Nigma against the same team that had dealt with them in the previous round. Gambit narrowly defeated the PandaS by out-drafting their opponents in two of their games. In both of Gambit’s victories, it was the dominance from Danil “gpk” Skutin in the mid lane that sealed the deal, though. The CIS squad looks confident and relaxed and secured themselves a spot in the playoffs with respectable 4-1 record.

As for Nigma, they faced off once again against the Fighting PandaS in a grudge filled rematch of their first meeting. Initially, it looked like Nigma would have the upper hand, being rested and ready for their opponents. The first match was a calculated stomp, as captain Kuro “KuroKy” Salehi Takhasomi’s carefully laid plans came to fruition.

Initially, the second match followed a roughly similar pattern. But quickly, the Fighting PandaS grabbed an advantage, showing that just like in their first meeting, Nigma wasn’t prepared for the Shadow Fiend pick. But as the game continued, a vicious stalemate developed, with neither team ready to push into the high ground and end the match. The late-game has not been Nigma’s specialty, and once again, as the match peered past the 40-minute mark, they dropped the ball, losing to the PandaS and heading to a deciding game three.

With a crucial draft on the line, Nigma took away the Shadow Fiend, which had been a thorn in their side in almost every match against the PandaS. But the team fell behind early in the game and had to rely on farming up. After a few sloppy mistakes, PandaS were pushed to the limit, losing towers left and right, and forced into defending their high ground. But even with a 16k gold lead, Nigma struggled to finish things off cleanly. Finally, after close to an hour-long match, Maroun “GH” Merhej made a crucial pick, and Nigma could mercifully end the match.

In Group A, the NA and CIS representatives have hit a brick wall. Ninjas in Pyjamas and Team Spirit have failed to live up to their hype, finding themselves eliminated after the first two days of games.

We are out of the minor – Good luck to the rest of the teams. pic.twitter.com/9dyunSx6eH

The reason? An incredibly strong-looking Royal Never Give Up and Geek Fam. Prior to the tournament, we expected a top-level performance from RNG, given that the sheer amount of talent of the China region had pushed them into this event, rather than a lack of in-game abilities. But Geek Fam is a welcome surprise. The team shot out of this gate at this tournament, grabbing a quick pair of wins against NiP

The most impressive part of their game so far has been their execution. Geek Fam plays methodical Dota and doesn’t get easily shaken. Although the squad fell to RNG in the winners match, they bounced back in the decider, demolishing a helpless Team Spirit in a reasonable performance from the latter, that just wasn’t enough.

For NiP and Team Spirit, though, their performance has been supremely sub-par. The hopes of an overall NA resurgence had rested on NiP’s shoulders, but this showing came nowhere close to that. The team could barely muster a defense against Spirit in the elimination match, heading home from snowy Bukovel far quicker than expected.

Team Spirit joined them just a few matches later, putting on stark display that there was a definitive talent gap in Group A.

It’s not quite time to start panicking if you’re Nigma, but it’s close. They were considered a championship contender before the season, but now they’re struggling to even make playoffs in a Minor. What’s more, they’ll be grinding through the stacked European qualifiers once again after this tournament, and competing against the likes of OG to get to their next DPC event. The team seems confident in their picks, but not in what they need to transition to late game with them.

This may serve as a reminder that opting out of early-season tournaments isn’t always the smartest option, especially when you find yourself lagging behind a higher standard of competition at even minor events.

Elsewhere, Group A has been dominated by the SEA and Chinese representatives. In the playoffs, RNG and Geek Fam are sure to be a force to be reckoned with, especially given the consistency of both teams play. 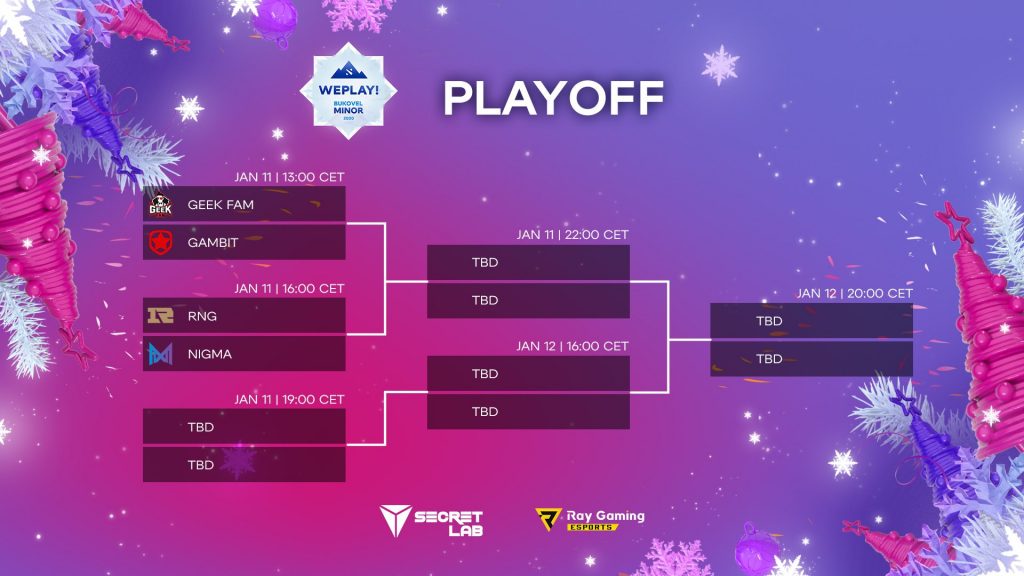 The WePlay! Bukovel Minor continues into the Playoff portion of the event over the weekend. All the action will be broadcast live on WePlay! ‘s official Twitch channel, and keep your eyes peeled on Hotspawn for more coverage of the event.