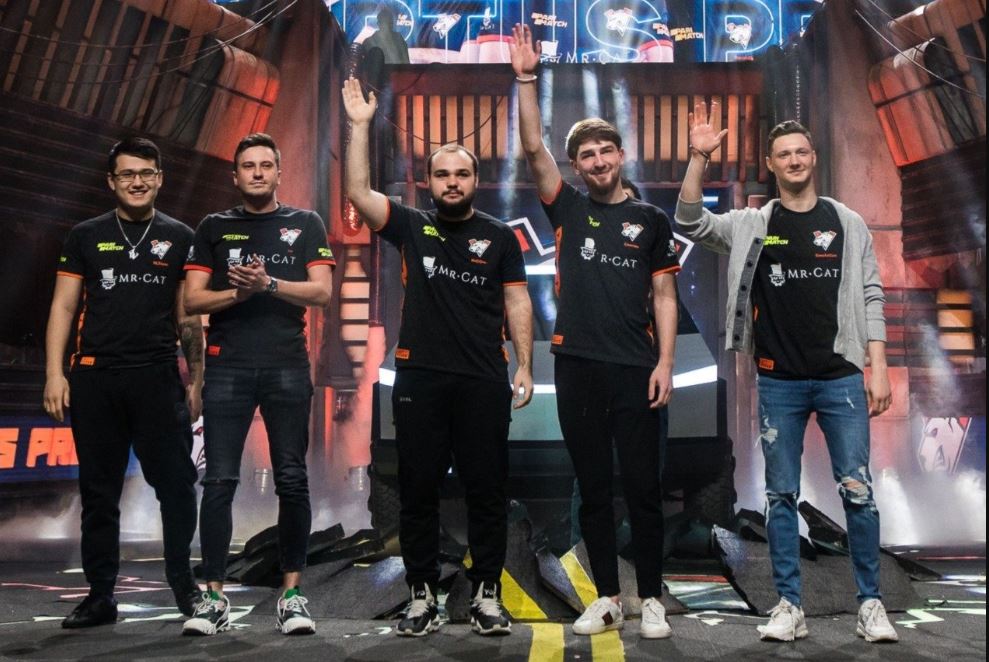 The days until ESL One Los Angeles 2020 are rapidly counting down, and while it might feel an age away, there’s only two and a half weeks until things kick off. In our last preview, we covered the North American Dota teams that were set to compete on their home turf for the first time in many years.

For this second preview, we’re travelling across the world to a bastion of Dota 2 talent which has dwindled slightly in quality since it’s heyday. None the less, the CIS region is still filled with formidable teams and top players. The two qualifying teams had to beat out a hoard of hungry upstarts. With the likes of Winstrike Team, Gambit Esports, Vega Squadron, Dendi’s new org B8, and many others nipping at their heels, this pair still managed to look dominant. What’s more, they both had to do so while embroiled in controversy. None the less, these two giants of CIS Dota are once again in the mix for

Putting The Past Behind Them

The name Natus Vincere no longer carries the same clout in the Dota 2 world it once did. The original TI winner, and two time TI runners up still remain a dangerous opponent. But they can’t claim to have the kind of legendary talent they once did.

The fight vs @HELLRAISERSgg for a spot at the #ESLOne Los Angeles 2020 Major starts soon. Don't miss it!

Even now, ahead of ESL One, they seem to be hemorrhaging players The team lost one of it’s best players, Bakyt “Zayac” Emilzhanov, after a controversial acquisition by Virtus.pro.

But even in the face of hostile trades, the team has doubled down on its pair of reliable carries. Vladislav “Crystallize” Krystanek and Idan “MagicaL” Vardanian provide the core that propels this team to victory. In the qualifiers for this event, they were the driving force in every victory.

The element that makes them so potent is their shared hero pools. As soon as Na’Vi picks up a Templar Assassin, or a Monkey King, there’s no guarantee you’re going to see it played mid. In their series against HellRaisers during qualifiers it was this incredible versatility that led to their sweep. These kind of performances need to be the norm, combined with a series of deceptive drafts if Na’vi is to reach their potential.

We are going to Los Angeles!🌴😎🌴

This biggest pitfall for this team will be their surprising lack of international experience this season. The squad has barely been seen in the DPC, outside of a single appearance at DreamLeague Season 13. In part, thanks to their disastrous performance at the MDL Chengdu Major Qualifier. This event is a must win if Na’Vi want to guarantee their place at The International 2020, and a make or break moment in their season.

What happened to Virtus.pro? The team that many expected to sweep through the early season Majors has struggled to make an impact in any meaningful way. After being absent from the first Major of the year and then an incredibly disappointing end to DreamLeague Season 13, almost all the hype around the team had disintegrated.

In theory, this team should be superstars. Virtus.pro has made a point of going out and finding and acquiring top talent from around the region. But the results have just not come. Virtus.pro responded by making an even more aggressive acquisition. They picked up Zayac and amid a cloud of controversy, rounded out their roster of individual superstars with one of the best supports in the region.

It seems like this latest pickup is exactly what the team needed and a third place finish at WePlay! Tug of War: Mad Moon shows that. Zayac was a key component in the games where Virtus.Pro was able to shine. Against opponents such as Team Secret and Nigma, the CIS org were able to stand tall against the best in the world, even if it didn’t result in many wins.

Thank you for your kind words! They mean a lot to us ❤️
We’ll come back stronger 💪🏻 #GOGOVP pic.twitter.com/EPWJxdk95O

But for the ESL One Los Angeles, the team will also be without Egor “epileptick1d” Grigorenko, who will be replaced with Zaur “Cooman” Shakhmurzaev. However, even this move isn’t without its controversy. Cooman had originally been on Danil “Dendi” Ishutin’s new B8 roster, before being signed as a stand-in just days before the Major qualifiers were set to begin.

With all the allegations of shady dealings leveled against them, ESL One Los Angeles isn’t just a chance for Virtus.pro to grab a victory. A win or even top finish could give something more newsworthy than their recent acquisitions to talk about.

Moving forward as a region

It doesn’t feel like there’s been a more important Major for CIS. The region has it’s two strongest teams in attendance, who are finally performing to a level we’d expect from them. What’s more, with some of the strongest teams from Europe and China missing in action, a stack like Virtus.Pro or Na’vi are in the perfect position to succeed.

Both CIS representatives will be in action at ESL One Los Angeles from March 15th. You can catch Virtus.pro, Na’Vi and all the competitors in action at Shrine Auditorium in Los Angeles, California. More information about the event and tickets can be found on ESL’s official website.