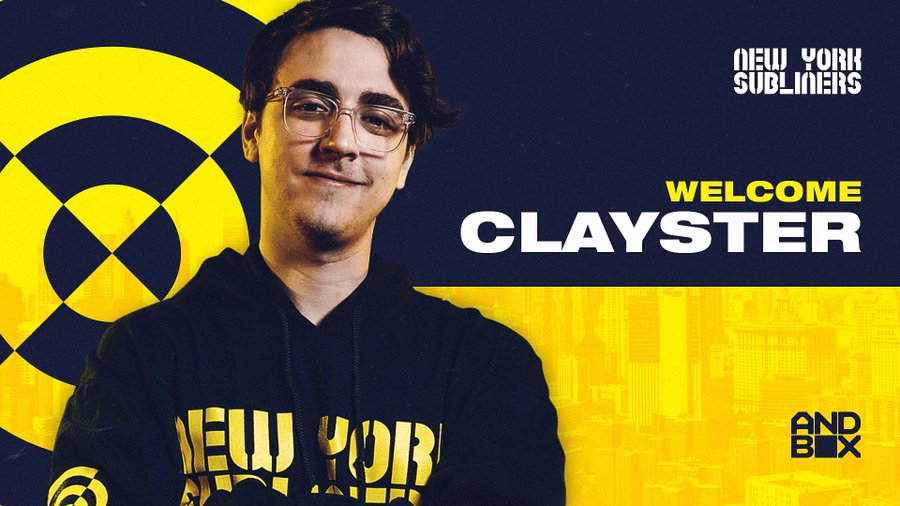 Three-time Call of Duty world champion James “Clayster” Eubanks has found a new team for the 2021 season. Clayster will compete alongside Thomas “ZooMaa” Paparatto and “Mack” Kelley on the New York Subliners.

Extremely proud to announce I'm a part of the @andbox_official family on the @Subliners for the CDL 2021 Season alongside @ZooMaa & @MackMelts.

Lets get this bread! pic.twitter.com/zDM10XRqYw

Clayster competed with the Dallas Empire during the inaugural Call of Duty League season and helped the team secure the championship. However, the CDL announced that the league would revert to a 4v4 format during the 2021 season which meant that one player would be dropped from the Dallas lineup despite winning the championship. Clayster was subsequently dropped from the team, but the organization made it clear it was a hard decision.

The New York Subliners also recently made roster changes by dropping four players from their roster and dropped  Dylan “Attach” Price a few days later. This left two spots open on the Subliners roster, and Clayster will fill one of those positions in the 2021 season.

Clayster previously played alongside Zooma on FaZe Clan and briefly with Denial Esports, and the two players are excited to compete on the same team again. The New York Subliners won one Home Series event during the inaugural season, but did not make much of an impact during the playoffs. Clayster might be the change needed for the team to perform better during the 2021 season.

New York has not announced a fourth player for its starting lineup, but there are still several talented players looking for a home. The Atlanta FaZe, Minnesota ROKKR, and Chicago Huntsmen appear to be the only teams with a full roster, and the remaining teams still need to fill gaps before the season begins.