The Impact the 4v4 Format Change Will Have on the CDL 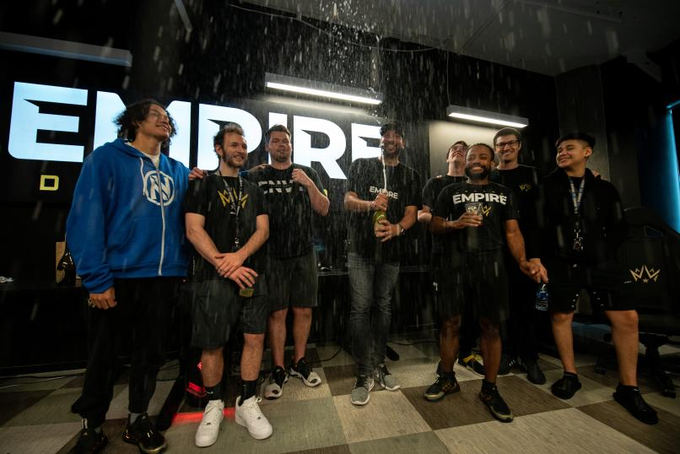 Teams have a new issue to worry about next season. (Photo courtesy Dallas Empire)

Despite multiple setbacks in its inaugural season, the 12 CDL teams provided entertaining matches all year. The Dallas Empire officially shot down haters and established themselves as the best team in the world after taking the World Championship. But hardly 24 hours after their victory, Activision Blizzard dropped a huge announcement that would shake the competitive scene to its core: the return of the 4v4 format in Call of Duty: Black Ops Cold War.

The Call of Duty professional scene switched to a 5v5 format for Black Ops 4 at the beginning of the 2019 season, which the franchise league continued. The revert to the 4v4 format is positive from a competitive standpoint, as more players and fans enjoyed that dynamic. However, it also means each team must drop or bench a player on their starting roster, including Dallas, who literally just won a world title. Professional players have reacted to the news in various ways ranging from excitement to disappointment. Regardless, they will still have to adapt to the new format next season.

A return of the traditional format

4v4 was the standard team size before the Black Ops 4 season in 2019, which many players and fans enjoyed. The switch to a 5v5 roster did add excitement to matches as players had to worry about an extra player, but part of the tactical gameplay was lost. 4v4 rosters will allow players to have more impact on a match, especially when they are the last person alive on their team as they will have one less enemy to eliminate.

Viewers will also have less information to process and will have an easier time keeping track of each player. Switching back to the original format is good for viewers and players, but the switch was poorly timed considering the recent changes in professional Call of Duty.

The new franchised league essentially made every professional a free agent at the beginning of the 2020 season. Players and organizations built teams that they believed would be together for the foreseeable future, and players settled into their new homes with hopes of creating a dynasty.

James “Clayster” Eubanks, Ian “Crimsix” Porter, and team owner Mike “Hastr0” Rufail weighed in on the format change and how it will impact their team next season in a recent press conference.

“We did not want to go 4v4 as an organization; we wanted to keep it 5v5. This decision was made way before the world championships. I already knew I wanted all five of these players to remain with our organization and that we wanted to stick with a 5v5 format,” said Hastr0.  “Unfortunately, the league made the decision for that not to be the case, so we are transitioning to 4v4. It’s devastating, I’m attached to all five of these players at the hip, and I don’t want them going anywhere, and I’m still going to try to keep all five of them somehow. I don’t think it’s going to happen because all of them are top-level superstars and they want to play and start every game.”

Crimsix revealed that Hastr0 told him early that the format would change in the Cold War season, which not every organization did. Players who knew their spot was not guaranteed on their team next season would’ve likely played to make themselves look better to avoid being dropped.

“I knew that we were mature enough to handle it,” said Crimsix. “Other teams, if they found out, they were going to play differently. We found out that news, and we still played to win, not just to keep our spot. That is what sets us apart from any other team. None of us are selfish in any way when it comes to playing the game.”

Each player on the Dallas Empire roster contributed to their successful season, and not a single player deserved to be removed from the starting lineup. The team does understand how the format change will positively impact the Call of Duty experience for players and viewers, but still, wish it would’ve happened before they established a dominant team that will be disbanded.

“I’ve been playing Call of Duty for a long time, both 4v4 and 5v5,” said Clayster. “I’ve seen a lot of success on 5v5, but I still believe Call of Duty as a viewer experience and player experience is better in 4v4. I think for the overall health of the game, it’s good, but I think the timing is a little off. I think it should have been done coming into this year for franchising when all teams were being assembled, and all the players were being bought and traded. Basically, it was free agency for everybody. Nobody on this team deserves to be dropped, we all worked so hard this year and put in equal contributions all year, and it’s going to be heartbreaking regardless of who it is. I almost even want to be the one to go just so them four can play together. Nobody on this team deserves to go anywhere, and it sucks that it has to happen like this.”

Clayster did not realize at the time how relevant his comments would be. Just two days after the Dallas Empire won the CDL grand finals, he was dropped from the roster and announced his restricted free agency going into the 2021 season.

Hastr0 echoed Clayster’s thoughts on the original format being better from a competitive standpoint but made it clear he would not enjoy removing a player from the roster. Hastr0 has since ensured fans that he will do everything he can to help Clayster next season.

Here’s the deal. I am going to make sure we send @clayster to whatever team he wants. Thats all I need to say.

While the format change has devastated the Dallas roster, other professional players have weighed in on the format change and how it will change the competitive climate. Seth “Scump” Abner, one of the best Call of Duty players who finished in third place with the Chicago Huntsmen, expressed his excitement about the return to 4v4 format.

So thankfully 4s are back. Now just have to hope we can play on LAN again

Possibility of larger rosters and expansion

The thought of maintaining the same rosters despite a smaller format sounds nice in theory, but it is challenging to make work. There were mid-series changes during the regular season, but making consistent substitutions can make it difficult for teams to maintain chemistry.

All CDL teams must have a minimum of seven players with a maximum of 10 on their rosters. Most teams had two substitute players to fill in when needed, such as Brandon “Dashy” Otell, who filled in for Kenneth “Kuavo” Williams when he lagged out during OpTic Gaming Los Angeles’s match against the London Royal Ravens. Other teams like the Toronto Ultra had a 10 man roster, but the core starters were rarely substituted.

“I would love for us to have some way to keep all five of us and do mid-series substitutions and make something like that work,” said Clayster. “Unfortunately, the issue with that is that in Call of Duty chemistry and knowing what your teammates are going to do at all times is very important. It’s a lot harder than some other games and even professional sports where you can just plug and play. We are all five good together because we all five have played thousands of hours on these same maps together…. It’s really hard to do when you have a revolving door of players.”

Clayster also expressed how he wants to end the stigma on substitution players and is open to the concept of larger rosters. He will not have this issue with the Dallas Empire, but it is still unclear where he will be next season.

According to ESPN, the Call of Duty League is also reportedly not expanding until after the 2020 season, which means the players removed from the starting lineup will not have the option of joining new teams. A total of 12 players will be benched or dropped, which is enough for three new teams, but they will have to wait at least another year to see if more teams join the CDL.

Anthony “Methodz” Zinni, a talented player from the Toronto Ultra, expressed how he thinks next season will be the most competitive because of these significant changes.

Assuming there’s no expansion teams, this upcoming year will be the most competitive season we’ve ever seen 🤯

Former world champion Patrick “Aches” Price was also glad to see the original format’s return. It is unclear if he will be returning to competitive Call of Duty next season as he parted ways with the Los Angeles Guerrillas earlier this season. The original format might be the change needed for him to join another team.

Just a 2 year hiatus for nothing. Back to 4v4 woooo https://t.co/XXoNPE7tWL