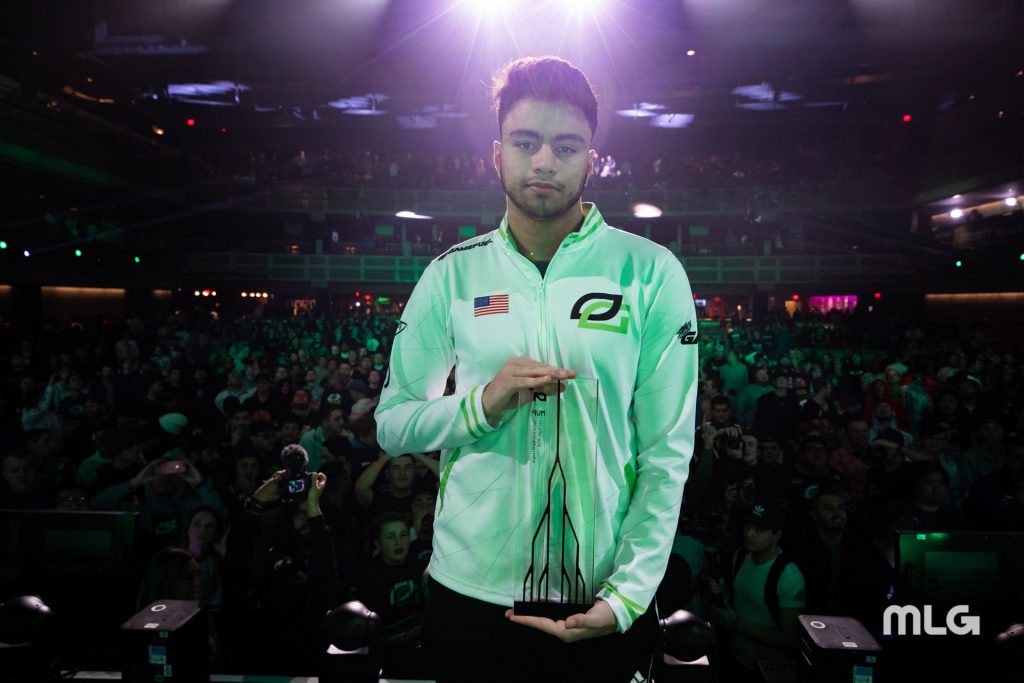 The talented player has a new home. (Photo courtesy MLG)

The Chicago Huntsmen have established a strong starting lineup for the 2021 Call of Duty League season. The organization announced on Monday that Brandon “Dashy” Otell will be playing alongside Dylan “Envoy” Hannon, Matthew “Formal” Piper, and Seth “Scump” Abner next season.

Dashy spent the inaugural season with OpTic Gaming Los Angeles, who saw little success during the regular season. The team did dominate the losers bracket during playoffs but were eventually eliminated by the Chicago Huntsmen.

OpTic Gaming realized the team needed changes to make up for their poor performance during the early season. The organization decided to sign Darien “Hollow” Chverchko and Zack “Drazah” Jordan while moving Dashy to the bench. He remained as a substitute player for the remainder of the season and filled in on occasion.

Dashy filled in for Kenneth “Kuavo” Williams during OpTic’s match against the Los Angeles Guerrillas when Kuavo was booted offline. Dashy performed well and secured three sniper shots in the final round of Search and Destroy and proved he is still a talented player.

Many players were dropped at the end of the inaugural season, which has resulted in one of the most drastic roster shuffles in Call of Duty history. Dashy was dropped from OpTic Gaming Los Angeles alongside Jevon “Goonjar” Gooljar-Lim, Martin “Chino” Chino, and Darien “Hollow” Chverchko. This might have been for the best as Dashy now has a talented team by his side for the 2021 season.

Many fans consider Dashy’s move to the Chicago Huntsmen to be a spiritual return to his home team. Dashy played for OpTic Gaming in the Call of Duty World League during the Black Ops 4 season alongside current teammate Scump. This iteration of OpTic Gaming secured third place at the 2019 Call of Duty World League Championship before separating to play for various teams in the new franchised league. Dashy remained with OpTic, but it was a far cry from the original organization.

Dashy is now on the spiritual successor to the original OpTic Gaming, the Chicago Huntsmen. This is one of the first teams to announce what is likely their official starting roster for the 2021 season, but other teams will likely follow within the next few days.