Among Us Impress At BTS Pro Series SEA Group Stage 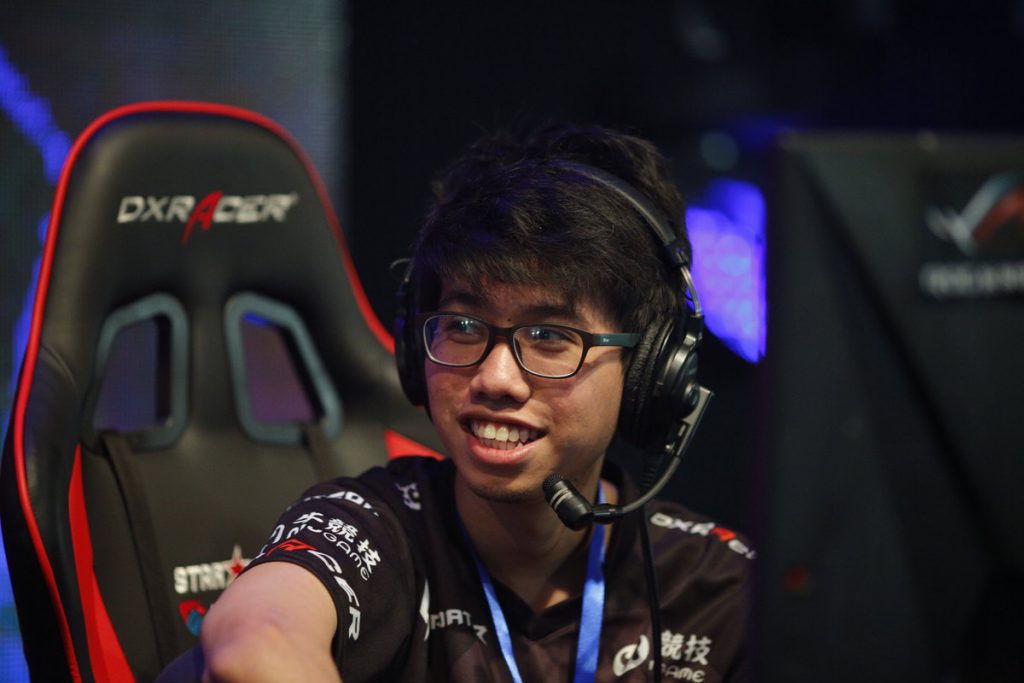 Composed of some of SEA's brightest stars, Among Us have turned heads immediately just two weeks after their formation. (Photo courtesy StarLadder)

The name Among Us will soon no longer be just about the smash hit multiplayer game it seems, as shown by the results of the BTS Pro Series Season 3 Southeast Asia group stage. The stack named Among Us won nearly all 18 of their games in the preliminaries, going 17-1 in maps and easily clinching first place in the 10-squad round robin group.

They are now looking like a force to be reckoned with in the highly-competitive region, just 14 days removed from when they first got together. Formed on September 10th as a “just for fun” kind of team ahead of this BTS Pro Series season, the roster has put in a hugely successful tournament run so far. Perhaps their mentalities have changed ever since picking up steam at the event, which would mean that they are now gunning for the Grand Finals and the title previously won by the now-inactive Geek Fam.

The game Among Us may be all about determining the pretenders in the group, but rest assured that there are absolutely none in this ragtag band of popular SEA players. Every single game of theirs in the tournament so far has been convincing, and it’s clear that they’ve found the right mix of players in each position.

No Aegis? No Problem!

Among Us are DOMINATING Game 1 against Boom, can they keep it going?

Have your say in this series and all our others at @Loot_Bet!

The result: a perfect record from their first match on the 14th until their seventh consecutive match on the 20th, broken only by a loss to the fifth place Neon Esports. They’ve been nearly flawless throughout the event, showing immense composure and instant chemistry between each individual player — despite having come from different backgrounds and having been a unit for just two weeks thus far.

Of course, getting through the playoffs is another task altogether. Bracket play will be the true test of their strength, confidence, and coordination — though at least the first point in that order is already taken care of given how well they played in the group stage. It will be interesting to see just how far they get in the playoffs, and if they can go the distance in their first ever tournament as Among Us.

Looking at the lower rungs of the group stage ladder, there is one name in particular that stands out as somewhat of a surprise if you haven’t heard the news: Fnatic. After releasing Daryl “iceiceice” Koh Pei Xiang and Nico “eyyou” Barcelon on September 16th, Fnatic have been forced to play with two stand-ins — namely Lee “Forev” Sang-don and Kenny “Xepher” Deo. This has not worked out for them at all as they recorded just two wins against 16 losses in maps, thus causing their untimely elimination from the outset.

This is of course a far cry from what we normally expect from Fnatic. During this stretch of online-only Dota 2 events, fans would almost always find them within the top three spots — but it’s obvious now that they will have to contend with roster issues for a while unless Forev and Xepher can gel with the team quickly. Until then, expect them to have to settle for lower bracket starts in the near future at least.

OMEGA League Asia Divine division silver medalists Execration also ran into plenty of trouble in the group stage; so much that they have been ejected from the tournament alongside Fnatic. They fared only slightly better than Fnatic did, going 3-15 in maps and falling two games behind the new 032 Dota. An unfortunate outcome for the all-Filipino squad — though given that the competition in this tournament is a lot tougher than in the OMEGA League, perhaps it’s not so shocking that they’re not up to par here.

The rest of the teams in the group stage include the usual suspects such as Neon Esports, ESL One Thailand runners-up BOOM Esports, and MDL Chengdu Major champions TNC Predator. The title of standout presence belongs to 496 Gaming, though, who most recently defeated Execration at the OMEGA League. The Viets have been steadily gaining traction ever since their victory there, and have earned themselves a place in the BTS Pro Series playoffs with a 7-11 record in maps.

Given that there hasn’t really been a successful Vietnamese roster since StarsBoba, watching 496 Gaming’s development over the next few months will be an exciting prospect indeed. They could very well become a serious threat in the SEA region should they place well at this event and improve their teamwork and overall gameplay going forward.

The heat of battle rages on at the BTS Pro Series playoffs, which will take place from September 24th until the 27th. Catch all the action on Beyond the Summit’s official Twitch channel.