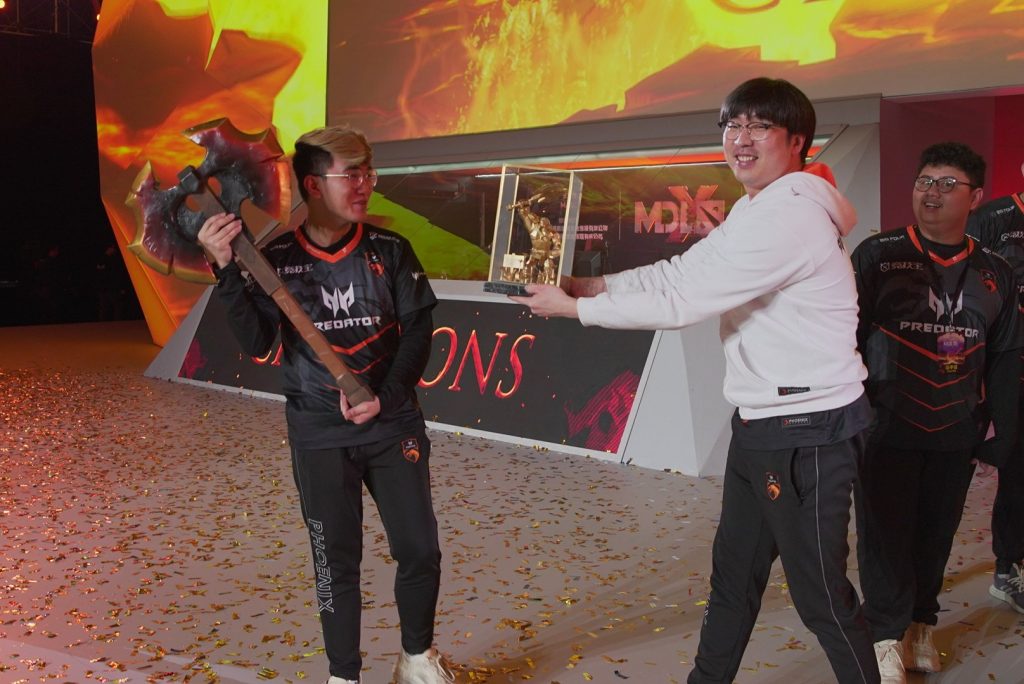 TNC Predator have defeated Vici Gaming to win the MDL Chengdu Major. In an incredibly exciting series, the South East Asian team showed the same stellar performance they’ve displayed for almost the entire tournament. Playing to their strengths, they outplayed VG, relying on catch and decisive engages in their crucial game four victory.

Before making it to the finals, TNC Predator had to secure a victory over Invictus Gaming in the Lower Bracket Final. Heading into their game versus iG, TNC would have good reason to be confident. Invictus has looked shaky in many of their games while, apart from a single hiccup against Vici yesterday, TNC had been perfect. On the other hand, iG clearly had momentum heading into this matchup. The DOTA Summit 11 winners had shown their Minor success was no fluke, as they cruised past teams to reach this point.

In-game, however, TNC quashed any hope iG had of winning two tournaments in a row. The SEA team put on a dominant display, crushing iG in a pair of quick games. Once again this tournament, TNC demonstrated their versatility, picking two completely different compositions and strategies. In game one, the team showed off just how effective their Morphling/Earthshaker combo was, a pair the squad would utilize later in the day as well. And in game two, the stack rallied around Kim “Gabbi” Villafuerte and his Bristleback, as he carried the team to victory.

iG end the tournament in third place, no small feat for a team which initially failed to qualify for this Major, and had to take the long route winning the Minor to get here. Their two podium finishes in the first two DPC events has solidified them as one of the runaway leaders in the standings, and already it’s almost certain we’ll see them at The International 2020. They head home with an additional 2,100 DPC points, and $110,000

Headed into the finals, Vici Gaming were the clear favorites. Having defeated TNC in decisive fashion just two days ago, the Chinese Dota powerhouse most likely expected more of the same here. But as we got into game, Vici’s set plays and rotations kept hitting a brick wall against TNC’s individual talent. With the match on the line, VG looked lost, attempting the same thing over and over to no avail.

Uhh…didn't we just see this happen!? 🤔

Game one ended in a stomp. TNC looked confident and heading into game two, there was more of the same. With Armel Paul “Armel” Tabios playing out of his mind on Venomancer, and Gabbi cleaning up on Morphling – the same pick that had done so well against iG – there was little Vici could do.

What a dominating game 1 victory for @TNCPredator!

But just as things seemed helpless, Vici made a stand. In game three, Vici took to the field with a Timbersaw/Pangolier combination that clearly caught their opponents off guard. After a crucial fight at Roshan, the momentum shifted and VG picked up the win, and must have had a reverse sweep on their minds.

What a huge rosh fight for @VICI! Is this the comeback game? #MDLChengdu

Initially, game four made it look like that reverse sweep might just happen. TNC started off strong, with their Morphling/Naga Siren combo. But after some unfavorable fights, the team found themselves trailing despite a kill lead. Every catch or assassination TNC managed to get, iG countered with one or more return kills. Overall, the matchup was typified by the incredible display from Zeng “Ori” Jiaoyang as his Templar Assassin took over the game.

That damage on TA! 😱@VICI Ori picks up a 14min Aegis and is popping off! #ChengduMajor pic.twitter.com/fV5dbOmWjP

But something happened to Vici as the game pushed past 30 minutes. The team seemed to lack the confidence to push the high ground and score the win. This gave time for TNC’s cores to build up strength. And once again, Gabbi’s Morphling started to get rolling. By the time VG were once again in a position to end the game, it was already over. TNC’s comeback win had ended the series, and crowned them as champions at the MDL Chengdu Major.

Vici Gaming leave the tournament in second place after a heartbreaking loss, and a denied reverse sweep. They take the short trip home, having secured 3000 DPC points, and $160,000 in prize money.

TNC Predator are making a good case for a year of dominance. The team has won two straight tournaments, starting with ESL One Hamburg, and now here. Their mid laner, Gabbi, was rightfully named the MVP, in part for his amazing performance on Morphling. TNC take home a well earned $300,000, and 4,850 DPC points, and are odds on favorites to secure another top finish in their next event.