Abed, Kuku, and Jabz Feature on Team Among Us for BTS Pro Series 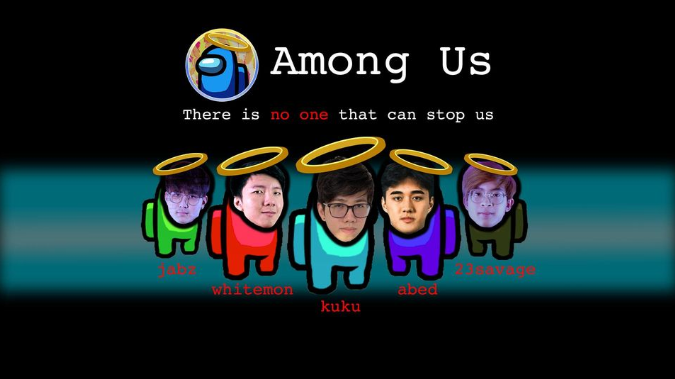 Despite the name, it looks like this talented stack has managed to pull themselves away from Among Us for just long enough to play some Dota 2. (Photo courtesy Pao Bago/Among Us)

The hit action murder mystery game Among Us has dragged plenty of bloodthirsty Dota players away from the game. But now one newly revealed stack has gone a step father, announcing their team name in homage to the game.

Former Dota 2 analyst, and now entrepreneur, Pao Bago, revealed the Among Us’ new lineup by showing off the roster reveal poster on Twitter. The post hit the site early on the morning of September 10th, and unveiled some pretty significant members.

This is the greatest roster reveal poster ever made. @kukudota the kukumpostor

(It's Just4Fun and only for the @BeyondTheSummit Pro Series – Season 3) pic.twitter.com/DobsPcWts8

The squad is reportedly only set to compete in the upcoming BTS Pro Series Season 3: Southeast Asia where some of the top SEA teams will clash. It’s a chance for some of these recently org-less players to impress the big names, and also perhaps a chance at getting a sponsorship.

Among Us Full Roster:

Despite the fun, referential name, this is definitely not a stack to be underestimated. These are some of the biggest names in the region, and could definitely pull off some upsets if they play well together.

The original poster is available on Pao Bago’s Twitter page. The BTS Pro Series Season 3 kicks off on September 12th, and can be watched live on Beyond The Summit’s official Twitch Channel.