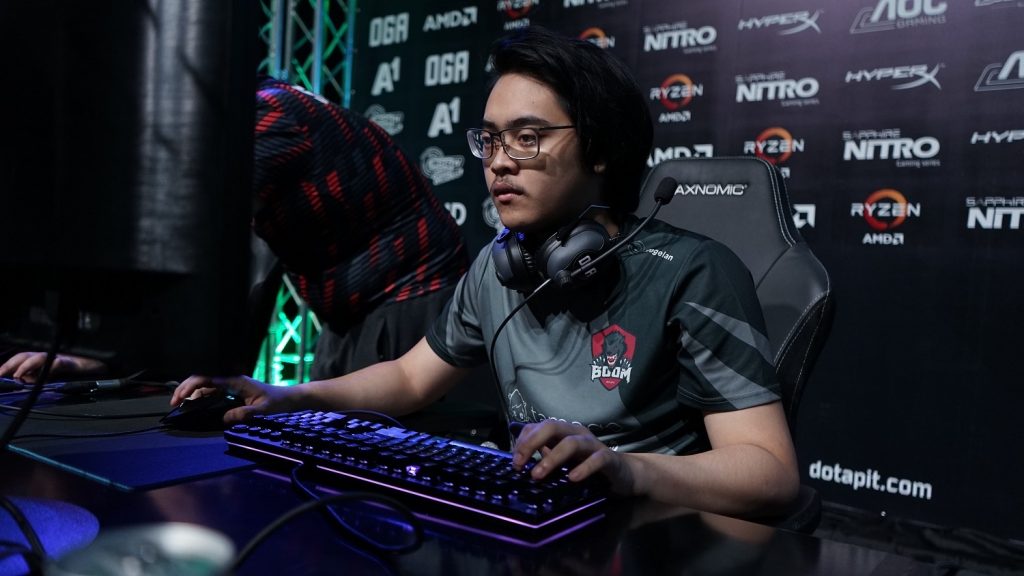 For once, it isn’t Fnatic taking the top spot at a Southeast Asian Dota 2 online tournament. Instead, it was fellow Malaysia-based squad Geek Fam grabbing the gold at the BTS Pro Series Southeast Asia Grand Finals — doing so with the utmost confidence and style.

The roster led by Filipino scene mainstay Carlo “Kuku” Palad made good on their upper bracket seed this tournament, sending Fnatic down to the lower bracket in a close three-game series to start the playoffs. Though Fnatic got the better of them in the first game of that matchup, Geek Fam rallied in the two games thereafter to advance to the upper bracket final.

Game 2 is too close to call as @FNATIC and @TeamGeekFam trade blow-for-blow! #Dota2 #BTSProSeries

Throughout the series, Marc Polo Luis “Raven” Fausto reminded everyone watching that he is indeed one of the best carry players in Southeast Asia, posting huge numbers and showing no fear against the strongest team in the region as of late. Mid laner Karl “Karl” Jayme dazzled in the third round of the match in particular, piloting the ever-present Dragon Knight magnificently despite Kam “Moon” Boon Seng’s equally excellent play as Ember Spirit. Not even Nuengnara “23savage” Teeramahanon’s signature Faceless Void could keep Geek Fam down, as the Thai carry simply was not able to stretch his legs much in terms of dealing damage.

Treant on a mission – no tower left behind. @FNATIC vs. @TeamGeekFam Game 3 in this Upper Semifinal is going rather odd… #Dota2 #BTSProSeries

Over on the other side of the upper bracket, ESL One Birmingham finalists BOOM Esports mauled all-Filipino team Neon Esports (who placed second in the group stage) two games to none. The first game of the series was a total thrashing courtesy of the Indonesians, with the score ending at 29-7 in their favor. Rafli Fathur “Mikoto” Rahman was the star of the show as Nature’s Prophet in the first game, crushing the mid Beastmaster pick of Erin Jasper “Yopaj” Ferrer with the help of Alfi “Khezcute” Nelphyana’s Witch Doctor.

The second map was a bit more balanced, with BOOM taking the series win in just under 45 minutes. This time it was star carry player Randy Muhammad “Dreamocel” Sapoetra taking center stage, utilizing the popular Battle Fury Ursa build that has been making the rounds in the pro scene this patch. His quick timing with the item allowed him to coast to almost 700 gold per minute and complete his arsenal of core items in a hurry.. By the 35 minute mark, BOOM’s net worth advantage ballooned straight out of Neon’s control, forcing them to hoist the white flag just ten minutes later.

BOOM would then go on to face Geek Fam in the upper bracket final; an entertaining series that went the distance as well. BOOM won the first game of the match with — you guessed it — Battle Fury Ursa. Dreamocel channeled his inner bear and took it straight to Geek Fam, carrying his team to a win despite Raven getting to play his signature Morphling.

Geek Fam would not be denied in the next two games, though, with Raven popping off as usual. His Phantom Assassin play was phenomenal to say the least, acquiring his Battle Fury in 15 minutes and his Desolator just four minutes later. From there he just rampaged through Geek Fam’s lineup, which was light on area of effect stuns and disables. In fact, he didn’t even need to get a Black King Bar — a rare occasion indeed for a hero that’s so prone to getting hindered by teamfight spells.

They closed the match out very convincingly in the third game, holding BOOM to just four kills while scoring 25 of their own. Kuku and Kenny “Xepher” Deo were both tied for the lead in assists in this game as Batrider and Pangolier respectively, helping both Raven and Karl destroy their opponents with ease. After 30 minutes of play, Geek Fam had won the game without breaking a sweat, punching their ticket to the Grand Finals.

Fnatic did survive their next two matches in the lower bracket, though, with the first being a 2-0 shellacking of Reality Rift — the same squad that put Team Adroit out of contention in the prior elimination match. Reality Rift absolutely could not hang with Fnatic in their series, as the latter’s cores ran roughshod over them. Moon in particular had a whale of a time in the first game as Razor, scoring 18 kills and dying only thrice after destroying Vincent “AlaCrity” Hiew Teck Yoong’s Templar Assassin in the middle lane.

Fnatic then did much the same to Neon Esports in the next round, though it did take them a lot more time to put their opponents away. The first game in the series was all about 23savage and Moon as usual, with the former going for Battle Fury Ursa as well. Fnatic held a small net worth advantage through the 38 minutes of play, despite valiant efforts by Neon to catch up in the waning minutes of the mid game. Ultimately, Neon’s draft held very few answers to the Ursa — even with the support of Rafael “Rappy” Sicat Palo’s Pugna.

We've hit 60 minutes and there's three divine rapiers in the back pocket of both @FNATIC and @NeonEsportsDota! #Dota2 #BTSProSeries

The second game lasted almost twice as long as the first, clocking in at nearly 70 minutes. Andrei “skem” Ong was the one to take up the Ursa this time around, and for the first 30 minutes or so was helping Neon Esports hold on to a significant lead. The sheer amount of physical damage seemed too much for Fnatic to handle at first — but some key teamfight victories in the deep late game sparked hope for the ESL One Birmingham champions.

In the end, it was the Aghanim’s Scepter picked up by 23savage on Wraith King that allowed Fnatic to complete the comeback, as it gave them the staying power in the long, drawn out late game engagements. Oh, and the Divine Rapiers they took from Neon also helped, of course.

Unfortunately for them, they could not deal with the white-hot fury and vengeance of BOOM Esports after their defeat in the upper bracket final. Mikoto simply annihilated Fnatic in two games, dominating them as Silencer in game one and as Templar Assassin in game two. His performance in game two was especially disgusting, with Moon being unable to even play the video game at all as Queen of Pain. This was a surprise considering that Queen of Pain typically wins that matchup, but Mikoto’s positioning with TA’s Psi Blades made sure that Moon could not safely approach the creep wave.

Though, it was actually Dreamocel that truly carried the game for BOOM, scoring an eye-popping 20 kills with no deaths as Riki. Fnatic just could not recover from the awful start that they had, and were thus unceremoniously removed from the tournament before reaching the final round.

So then Geek Fam faced BOOM in the Grand Finals; a breath of fresh air for SEA Dota fans no doubt given Fnatic’s string of tournament wins prior to this event. The stage was set for an epic matchup between the two — but the exact opposite is what ended up happening. Geek Fam swept their rivals in the best-of-five series, with each game elapsing no more than 37 minutes at most.

Raven is a beast on this Morphling! @TeamGeekFam are now on tournament-point against @boomesportsid – can BOOM break out and get a reverse sweep, or is Geek Fam gonna take it in 3? #Dota2 #BTSProSeries

Both Raven and Karl were just irrepressible throughout the three maps, putting their team on their backs and doing some pretty heavy lifting. BOOM Esports on the other hand tried their best to repel Geek Fam’s advance, but were met with immovable resistance from their opponents. The series ended in Geek Fam’s favor before BOOM even knew what hit them.

This is Geek Fam’s first win in a top tier online tournament since the string of LAN event cancellations began, and they will definitely take this result as a big step in the right direction when it comes to their consistency going forward. Should they keep this level of play up, we may see them challenge Fnatic and BOOM Esports more frequently in the next few competitions.