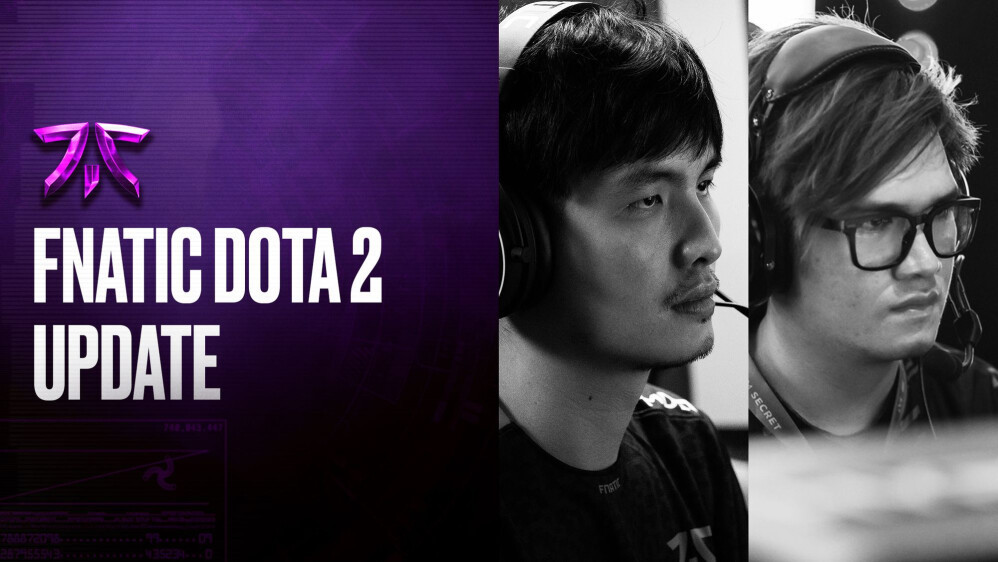 Fnatic has parted ways with offlaner Daryl “iceiceice” Koh after the player’s contract expired. News of the departure was revealed today in posts on social media and on Fnatic’s official blog.

The departure leaves Fnatic with just three members on it’s active roster, and in the midst of the BTS Pro Series Season 3: Southeast Asia. The team entered the tournament without iceiceice, instead opting to use stand-in Lee “Forev” Sang-don in his position. The team has also utilized Kenny “Xepher” Deo as a stand-in at support.

Iceiceice had most recently competed with the team in the ONE Esports Dota 2 SEA League and BTS Pro Series Season 2. A second and third-place finish respectively were by no means poor results, and the decision to move on from iceiceice doesn’t seem to be an easy one.

In the post, Fnatic detailed some of the struggled the team has faced during the ongoing coronavirus pandemic: “While the team was in LA for Dota Summit, COVID-19 forced us to return early after ESL One LA was cancelled. As the pandemic evolved, it became clear that it would change everything for the DPC calendar and beyond. TI 2020 was postponed indefinitely, and international events were cancelled, moving to online and regional events. For our roster, built to take on the world at TI, this caused lots of issues. We had a good run of form at the start of 2020, but after that motivation and a difference in personal long term goals started to cause issues.”

The post goes on to say that despite respectable finishes at ESL One Thailand and BTS Pro Series, these results weren’t good enough. Furthermore, the removal comes as Southeast Asian Dota 2 continues into an era of turmoil. Earlier this month, the SEA region was rocked by a pair of high-profile team disbandments. Reality Rift shut down on September 1st, citing a lack of official competition as a major reason. On September 4th, Geek Fam dissolved because of a lack of updates on the DPC season.

Thank for all the memories that you have given to our DOTA2 Team Fam, We appreciate it.

Once a Geek, Always a Fam. pic.twitter.com/VAg6PT5d7u

The dismantling of Fnatic and the departure of iceiceice is just the latest symptom of issues with the SEA region as a whole. The full blog post is available on Fnatic’s official website.