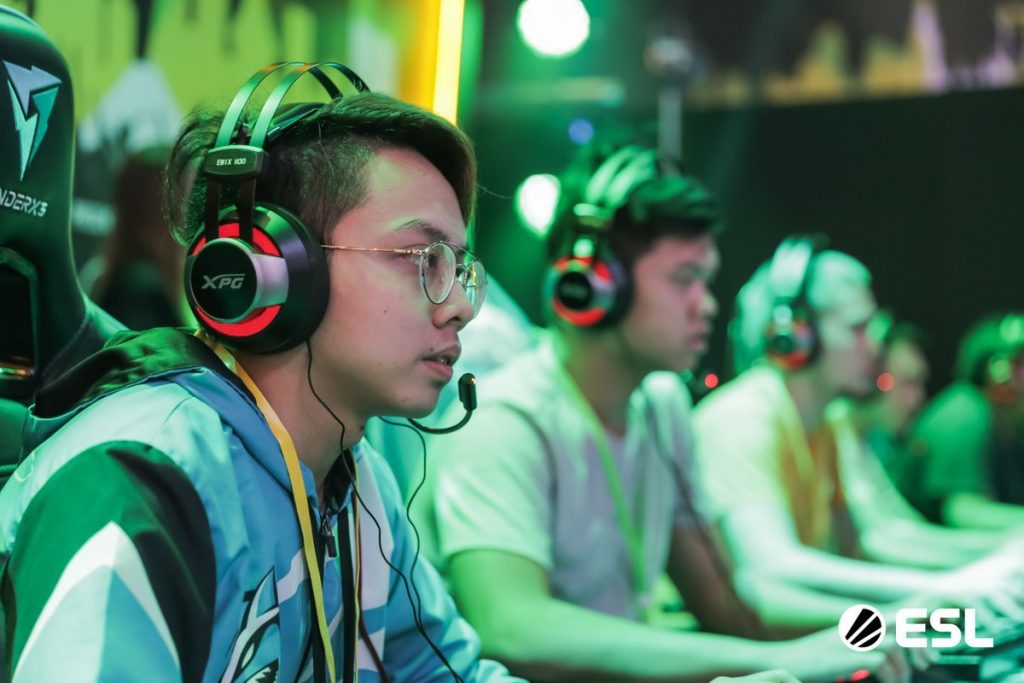 Natsumi, Bok, and ninjaboogie are among the former Team Adroit players who make up the new Zerothreetwo roster. (Photo courtesy ESL)

Southeast Asian Dota 2 might just have a new powerhouse as Zerothreetwo Dota reveals its debut roster. The team was revealed in a post on Facebook in the early hours of August 24th.

In the post, Zerothreetwo introduced their lineup and their intentions for the next DPC season: “Long wait is finally over! Another powerhouse Bisaya team is making its way into the upcoming DPC season. A team composed of a veteran captain, 2 SEA Games Gold Medalist and 2 promising young players. The team is hoping to incorporate the Bisaya passion with high-level plays.”

The veteran captain described is none other than Michael “ninjaboogie” Ross Jr. The Filipino player has been a staple of top SEA rosters in the past few years, most notably captaining Mineski and TNC Predator during some of their most successful runs.

He’s joined by John Anthony “Natsumi-” Vargas and Jun “Bok” Kanehara, a pair of talented and experienced players who most recently competed together on Team Adroit prior to that organization’s reshuffle. Indeed, Adroit seems to have been the nexus for this new endeavor with ninjaboogie joining that lineup just over a month before this most-recent announcement.

The two relative unknowns are Matthew “Matthew” Trinidad, and Nikko “Nikko” Bilocura. The pair evidently have some tier two and three experience, with Nikko’s name cropping up across SEA orgs occasionally, including a stint Thai team MS Chonburi in February.

032’s debut matchup hadn’t been announced at time of writing, but as per their reveal post, the organization seems intent on competing in next season’s DPC. The International 2020 finals were scheduled to occur on August 24th, but with the event postponement, the 2020/2021 pre-season has now unofficially begun.

For full details on this new SEA organization, check out their reveal post on the team’s official Facebook page.