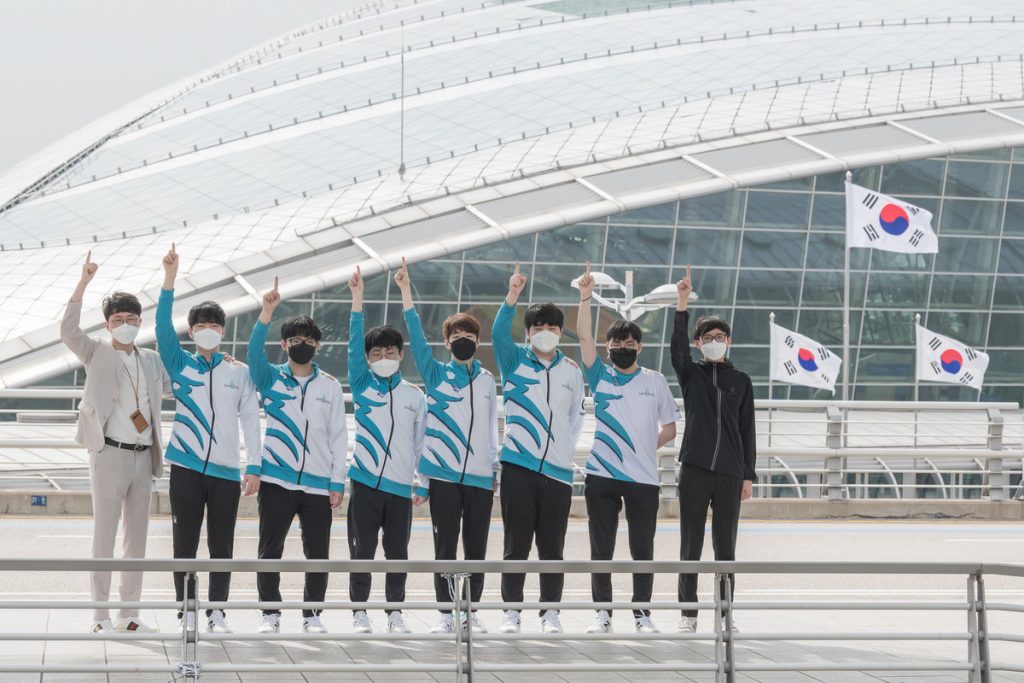 The LCK’s three representatives will try to change that and bring that sixth championship trophy back to Korea. One team stands out as an obvious challenger to the Chinese supremacy, but don’t count out their other two squads.

The respect for the LPL heading into Worlds is well earned. Two straight Worlds titles and a dominating performance at the Mid-Season Cup were no flukes. But that doesn’t make it a foregone conclusion that China will be taking home a third consecutive title in 2020. If you’re looking at the favorite team to end that run, look no further than DAMWON Gaming.

They are the best non-LPL team in the world heading into the tournament. They might not have looked like it for the first half of the year, with a mediocre performance in Spring and at the Mid-Season Cup, but they had an absolutely dominant Summer. DWG went 16-2 in the regular season, but more impressively, finished 34-5 in game record. They weren’t just winning — they were blowing teams out. Their average game time in the Summer was 28 minutes, best of any team in a major region. They then capped it with a dominant 3-0 sweep of DRX in the Summer Finals.

DAMWON Gaming are a very top side focused LCK team. Jungler Kim “Canyon” Geon-bu generally plays around top laner Jang “Nuguri” Ha-gwon and mid laner Heo “ShowMaker” Su, two of the best solo laners in the region. But don’t read that as an indictment of their bot lane. ADC Jang “Ghost” Yong-jun’s insertion into the lineup solidified the bot lane, pairing him with First Team All-Pro support Cho “BeryL” Geon-hee. Their ability to play on the weak side of the map allows DWG to devote so many resources to the top side.

This will be DAMWON Gaming’s second consecutive Worlds appearance. After qualifying in the Regional Finals last year, DWG became the feared scrim gods at 2019 Worlds before losing to G2 Esports in the quarterfinals. Now with an LCK title in hand, DWG have proven they can handle the big stage. They return four of their five starters from the 2019 run, while Sin “Nuclear” Jeong-hyeon remains on as a substitute.

One thing to monitor: Nuguri stayed behind in Korea an extra week to recover after surgery for a pneumothorax, or collapsed lung. Assuming there are no complications, he will join his team in plenty of time to play, but at least part of DWG’s practice time will be disrupted.

DAMWON Gaming got unlucky in drawing the best two seed in JD Gaming, but they should still advance from Group B over Rogue and the Play-In addition.

FOCUSED ON BOT SIDE

While DAMWON Gaming ended the season as the best team in Korea, DRX may have been the most consistent throughout the year. They finished third in the Spring regular season and in the playoffs, then won a couple of games at the Mid-Season Cup before falling in the tiebreaker. DRX then finished second in the Summer regular season and second in the playoffs, beating Gen.G in a very lengthy five-game series.

DRX have a world-class bot half of the map. That starts with mid laner Jeong “Chovy” Ji-hoon, who could challenge Top Esports mid laner Zhuo “knight” Ding as the best player in the world. The duo of Kim “Deft” Hyuk-kyu and Ryu “Keria” Min-seok jelled quickly, making them the best bot lane in Korea. The question marks on the team come from top laner Choi “Doran” Hyeon-joon and jungler Hong “Pyosik” Chang-hyeon. If they can step up to just neutralize their opponent, the rest of DRX are equipped to carry.

Deft has plenty of Worlds experience, but most of the roster is inexperienced. Chovy and Doran were part of Griffin’s 2019 quarterfinals run, but only Chovy played. Pyosik and Keria are getting a shot in their rookie years. DRX could be a team that, like DAMWON Gaming, uses their first Worlds appearance as a roster as a learning experience.

DRX will be big underdogs to Top Esports in Group D, but will be expected to beat FlyQuest and whatever Play-In team advance to their group.

Like DRX, Gen.G were incredibly consistent in 2020. They finished first in the LCK Spring regular season before dropping the Finals to T1. Gen.G then became the only LCK team to advance from the Group Stage of the Mid-Season Cup, beating DRX in the tiebreaker. Gen.G slipped a little in the Summer, finishing third in the regular season and in the playoffs. Gen.G rebounded to sweep T1 3-0 to win the Regional Finals.

Gen.G have an incredibly well balanced lineup that allows them to play through any role. Top laner Kim “Rascal” Kwang-hee just got finished dominating Kim “Canna” Chang-dong in the Regional Finals. Park “Ruler” Jae-hyuk is the best scaling ADC in the world since the retirement of Jian “Uzi” Zi-Hao. Gwak “Bdd” Bo-seong is up there with ShowMaker and Chovy as one of the three great, young mid laners in Korea.  Jungler Kim “Clid” Tae-min and support Kim “Life” Jeong-min enable their laners to play with freedom.

Even if they aren’t as flashy as their LCK counterparts, Gen.G are an incredibly solid team that isn’t prone to making mistakes. They also shouldn’t be phased by the pressure of Worlds, as every player but Life has appeared in the tournament at least once. Gen.G may have fallen short of winning any of the three titles they competed for in 2020, but it means something to be riding the momentum of qualifying through the Regional Finals, especially in such a dominant fashion.

Gen.G were drawn into Group C, in what is easily the most balanced group of the four. TSM have to be considered the weakest of the one seeds, while Fnatic are certainly not on JD Gaming’s level. However, this also means that the LPL’s LGD Gaming will join Group C if they advance from Play-Ins, as expected. Gen.G are a third seed to be feared, but every game will be crucial in such a tightly contested group.

The 2020 World Championship will kick off with the Play-in Stage on Friday, September 25th.