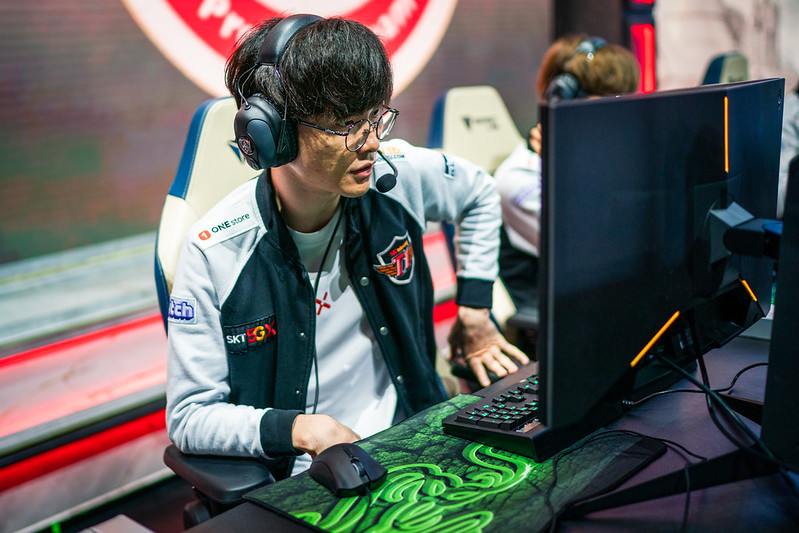 The first ever Mid-Season Cup kicked off with the top four teams from the LoL Pro League (LPL) and League Champions Korea (LCK) competing in two groups. After two days of group play, the LCK’s Gen.G joined the LPL’s FunPlus Phoenix, Top Esports, and JD Gaming in advancing to the semifinals. DAMWON Gaming, T1, DragonX, and Invictus Gaming have all been eliminated. We take a look at the top storylines to come out of the group stage of the 2020 Mid-Season Cup.

Once the international powerhouse region, the LCK continued their recent struggles against the LPL by sending only one of four teams to the semifinals of the Mid-Season Cup. While of course this was a small sample size as a single round robin with best-of-one games, it has to be disappointing for the region that once expected dominance in such tournaments.

We couldn't make to the Semifinals, but earned what we need to learn and fix. Please look forward to our Summer.#T1WIN #T1Fighting pic.twitter.com/loUmbSJGXn

That goes especially for their 2020 Spring Split champions T1. T1 got off to a dominant game one victory over the defending World Champions FunPlus Phoenix and looked like Korea’s great hope. However, games full of misplays and throws against DAMWON Gaming and Top Esports knocked T1 out in the group stage. Had they been able to take out their own countrymen, T1 would have at least advanced to a tiebreaker stage. But DWG were unable to beat either LPL team after upsetting T1 and the LPL advanced both FPX and Top Esports in Group A.

Group B again opened very promisingly for Korea. Gen.G upset JD Gaming in the opener, followed quickly by DragonX beating Invictus Gaming. Both Gen.G and DRX finished the group stage at 2-1, tied with JD Gaming to guarantee at least one LCK team would advance. Gen.G beat DRX in the first tiebreaker in a typically slow — and sometimes boring — six kills to one win in 30 minutes.

So after starting 2-0 in groups, DRX had lost their next two matches and had one final shot to advance against JD Gaming. DRX took a commanding five kills to zero lead at 12 minutes and were up 3k gold. Unfortunately, their four melee champion composition into JDG’s Ezreal and Syndra poke was not a sustainable formula for success. JDG picked up 18 of the final 20 kills, Zhang “Zoom” Xing-Ran crushed it by going 5/0/7 on Mordekaiser, and JDG sent DRX home on a three game loss streak.

Considering China’s recent international dominance and the depth of their league, it’s not surprising that they would send through three of the four teams. But it’s another painful reminder for LCK fans that the LCK is no longer the best region in the world.

KNIGHT PUTS ON A SHOW

Lee “Faker” Sang-hyeok may be the greatest League of Legends player of all-time, but he wasn’t the best mid laner in Group A. That distinction belonged to the 2019 LPL Summer MVP Zhuo “Knight” Ding of Top Esports. Knight was fantastic in his three games to help Top Esports advance to the semifinals.

Knight’s first game against DAMWON Gaming was pure dominance. In addition to going 9/0/7 on Leblanc and dealing the second most damage in the game (behind only poke Varus), he made one of the best individual plays of the calendar year. Dashing and darting around mid lane, Knight picked up a 3v4 triple kill and escaped on low health and mana to demoralize DWG.

Knight then bested Faker in the last game of the group stage to send T1 home and advance Top Esports. Playing Ekko into Azir, Knight out-damaged Faker 19.8k to 17.6k, out-CSed Faker 348 to 331, and out-scored Faker 5/3/5 to 3/4/2. He may have gotten a lot of help from Yu “JackeyLove” Wen-Bo’s 5/0/7 Ezreal, but it was easy to see that Knight belonged on the same stage as Faker.

Even in their lone loss, Knight still picked up a solo kill on Kim “Doinb” Tae-sang’s Rumble and dealt a game-high 26.2k damage on Corki. Over his three games, Knight finished a combined 16/6/14 for a 5.00 KDA. Knight has been a great player domestically, as evidenced by his LPL MVP, but this is the start of his international coming out party.

T1 didn’t have much to celebrate in their day of competition, but they did get the best of their former teammate. Kim “Khan” Dong-ha left T1 to join the reigning World Champions FunPlus Phoenix in the LPL. It hasn’t been a smooth transition for Khan, but FPX seems committed to giving him more opportunities to succeed. Khan wasn’t the problem in this loss to T1, but FPX’s struggles with him continued.

Khan was afforded a counter pick into Kim “Canna” Chang-dong’s Jayce and went with Vladimir. Though Khan performed well in lane to neutralize Jayce’s early power and scale up through farming, the rest of his team quickly collapsed around him. Doinb and Gao “Tian” Tian-Liang took some uncharacteristically poor fights in the mid game that catapulted Faker and Moon “Cuzz” Woo-chan ahead. Tian’s carry Kindred never recovered, going 0/4/2 and offering Doinb’s Karma nothing to buff up.

FPX still have a better winrate with Kim “GimGoon” Han-saem on the year (67.6% to Khan’s 63.2%), but the gap is closing. Khan was brought in to give FPX more of a carry threat in top lane, and he has done that when he’s played. Though his gold share of 21.5% is higher than GimGoon’s 20.3%, his 24.2% kill share in his 19 games is over 7% higher than GimGoon’s. Khan also has the better kill participation (58.1% to 55.3%). There have been some growing pains, but FPX can count on two strong top laners that can be swapped around depending on the meta.

For their own part, T1 haven’t missed a beat without Khan. New head coach Kim “Kim” Jeong-soo is known as a top lane whisperer, and he seems to have worked his magic with Canna. It was widely assumed that Kim “Roach” Kang-hui would be the main starter heading into the season, but Canna has started 55 of 61 games for T1 and has blossomed into one of the better top laners in the LCK. Considering this is his first split as a starter in pro play, there is even more room to grow for Canna.

It was a celebratory group stage for three of the LPL teams, but not Invictus Gaming. The 2018 World Champions were the only team in the tournament to go winless in the group stage. This also comes on the heels of iG finishing with the best regular season record in the LPL Spring Split.

Unfortunately this is the end of our #MSC run. We are very sorry for the disappointment.

We will learn our mistake from the series and try our best to prepare better for the upcoming summer split.

Thank you for supporting us all this time❤️ pic.twitter.com/aOO7IwuQj0

There are glaring issues when you look at the team, and those start on the top half of the map. Invictus Gaming shipped Lu “Leyan” Jue to Vici Gaming just days ago, leaving Gao “Ning” Zhen-Ning to be the undisputed starting jungler. Ning proceeded to have a dreadful tournament, going 0/5/4, 1/5/0, and 2/4/6 in his three games. That he finished with one kill in two games on an early game jungler like Lee Sin should be reason enough to question iG’s decision to make him the primary jungler.

But Ning was far from the only problem. What is Invictus Gaming to do when one of their start solo laners is constantly running it down? That was the case with Kang “TheShy” Seung-lok in this tournament. Despite picking Lucian for lane dominance twice, TheShy finished a combined 2/18/6 in his three games. To sacrifice tankiness, crowd control, and team utility for a pick like Lucian, the player must absolutely dominate in the side lane. Going 0/6/0 against DragonX will not get it done.

We can’t overreact to a three game sample size, but Invictus Gaming are looking shakier heading into the Summer Split than they did before the Mid-Season Cup.

The action continues with the Mid-Season Cup semifinals on Saturday, May 30th. JD Gaming will take on FunPlus Phoenix in the first semifinal, followed by Top Esports against Gen.G.