Worlds 2020 Will Be the Hardest Yet for Small Regions 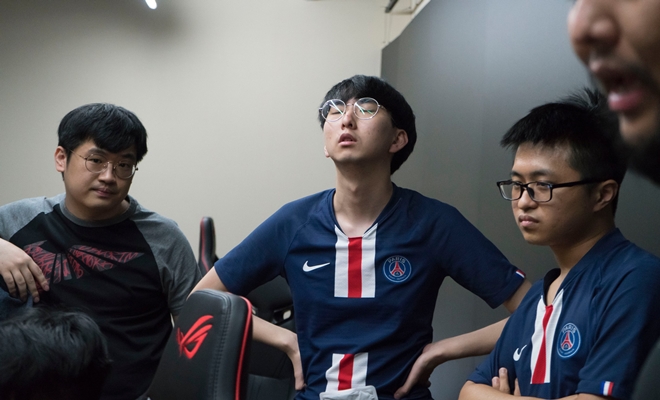 This past spring, the seriousness of the COVID-19 pandemic began to affect the world in the form of travel bans, shutdowns, and border restrictions. A reality in which Riot Games would follow through in hosting a live World Championship in Shanghai, China seemed unthinkable with esports events being cancelled left and right, including the Mid-Season Invitational. When Riot confirmed that accommodations were made for the 2020 Worlds to actually happen more or less as planned, sans a live audience, it felt too good to be true.

We’re now just days away from the first day of the tournament, however, and we’ve already seen the immense logistical and strategic toll that a COVID-era World Championship has played on teams from smaller regions like the VCS (Vietnam) and the PCS (Taiwan, Southeast Asia). Due to reasons almost entirely out of their control, the odds that teams find success at Worlds may be slimmer than ever.

Not long after Worlds 2020 was confirmed, news spread that both representatives from the VCS, GAM Esports and Team Flash, would be forced to bow out of the tournament. Current travel restrictions in place in Vietnam would prevent them from returning to their home country after the tournament. While Riot compensated them by honoring the prize money they were entitled to for qualifying, the situation was seen as a blow to the overall competitiveness of the tournament as well as the year-round efforts of the Vietnamese players.

Vietnam was a region on the rise within the LoL esports ecosystem. As one of two smaller regions with a guaranteed spot in the Main Group Stage (PCS being the other region), the expectation of them heading into Worlds was that they could possibly cause some upsets within whichever group they slotted into. While Riot was quick to adapt to this heartbreaking news, similar issues arose not long after.

Official Club Statement regarding #Worlds2020 roster. Thank you for all the support 🙇‍♂️🙇🙇‍♀️#PCSWIN #PCSLOL pic.twitter.com/FdNIVqMy4s

For the PCS’s second seed, PSG Talon, an absolute nightmare situation occurred. Due to visa issues PSG’s mid-jungle duo, Park “Tank” Dan-won and Kim “River” Dong-woo, were unable to travel to China in a time that would allow them to properly complete the required 14-day quarantine period. As a result, they’ve been subbed out for Chen “Uniboy” Chang-Chu and Hsiao “Kongyue” Jen-Tso respectively of ahq eSports Club. To make matters worse, PSG bot laner Wong “Unified” Chun Kit will be missing a portion of the Play-In Stage for similar reasons and will be subbed out for Chen “Dee” Chun-Dee, former ADC and current coach of Machi Esports, the PCS’s first seed representative at Worlds. It was made clear that the subs would only be used for Play-Ins and that in the event that PSG advances, Tank and River will be able to start. Even still, any org heading into the biggest tournament of the year with only two thirds of its championship-winning starting lineup would be hard-pressed to pick up a single win, let alone advance to the next stage.

The trouble didn’t stop there. While this issue was thankfully resolved before having larger implications on the makeup of the tournament, the CIS’s representative Unicorns of Love was nearly unable to make it to China for Worlds. UoL didn’t disclose the nature of their circumstances, but it can be assumed that it was travel or visa-related from their Tweet. They’re now safely quarantining in Shanghai.

Due to circumstances beyond our control it looked impossible for us to reach #Worlds2020. Luckily Riot and us fought till the last second and made the impossible possible. Our team is currently in quarantine in Shanghai and we thank everyone who helped us to make this happen!🦄

We easily could’ve found ourselves in a situation in which two and a half of the seven non-major region Play-In teams withdrew from the tournament purely because of the different COVID restrictions in place within their respective countries.

Making up for lost time

It’s not just travel issues either that these regions are dealing with. COVID-19 stripped the OPL, LCL, TCL, CBLoL, LLA, LJL, and PCS of a valuable opportunity to improve the quality of international play within their regions by cancelling MSI. Equipped with a Play-In Stage of its own, MSI has always served as a proving grounds for teams from smaller regions to test strategies against the best teams in the world. The hope for these teams is to gain a clearer understanding of the gap between their own unique playstyles, their domestic opponents’ styles, and the styles of the major region teams they’ll eventually face.

It’s highly likely that the lack of MSI and exposure to different styles of play will hit smaller regions the hardest this Worlds. Many of them are so used to crushing their domestic competition with comfort picks that they won’t get a good enough read on their competition until they actually start scrimming against them in China, which could be a drastic wake up call for some.

This is especially prevalent in regions like the LCL and LJL where the top teams tend to have impressive regular season records because they’re that much better than their opponents. The value of domestic success in a region that’s still developing from a competitiveness standpoint matters less and less once Worlds starts.

Play-in teams will have to catch up more than any other teams when it comes to picking up on strategy and fine-tuning their play. The knowledge to be gained from international competition for these teams is especially valuable. Take INTZ for example, who scrimmed against Team Liquid in preparation for their 2020 Summer Finals match against paiN Gaming according to top laner Rodrigo “Tay” Panisa.

They struggled to find suitable practice partners within their own region, and as a result, were forced to scrim against a team thousands of miles away with high ping. A region as isolated as the OPL in Australia, however, wouldn’t have this same luxury. They’ve spent all of 2020 practicing in a bubble with the same players and teams, with little opportunity to learn something new outside of studying VODs or speaking with players and coaches from other regions.

There’s no doubt that it will be an uphill battle for the smaller regions at this year’s World Championship. These regions face prevalent issues on a regular basis such as under-developed league and team infrastructure, low playerbase, and low opportunity that encourage a constant cycle of talent seeking more beneficial opportunities in major regions.

The burden of orchestrating complex travel arrangements that account for player visa issues and a mandatory two-week quarantine period is amplified for these teams partly due to the countries they’re coming from, as outlined in this tweet by esports immigration lawyer Genie Doi. It’s a blessing that only two teams have had to drop out entirely due to these circumstances, but the unfortunate result is that smaller regions at Worlds are expected to have some of their weakest showings ever this year.

The League of Legends World Championship Play-In Stage kicks off on September 25th at 1:00 a.m. PDT with MAD Lions versus INTZ.