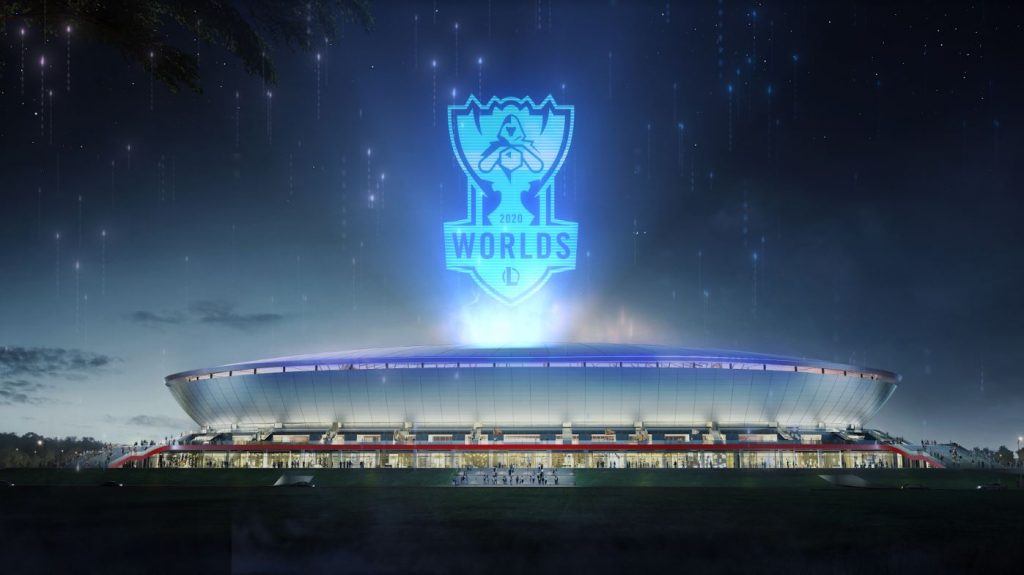 Riot Games finally announced the League of Legends 2020 World Championship late Friday night. Worlds 2020 will begin on September 25th and conclude with the Grand Final match on October 31st. All stages will be hosted in Shanghai and the finals of the event will be held at the Pudong Soccer Stadium.

We're excited to celebrate the 2020 World Championship this September in China! #Worlds2020

John Needhan, Global Head of Esprts at Riot Games, explained in the reveal video: “In ten short years, we went from playing a small stage at Dreamhack to playing some of the most prestigious stadiums in the world. Your continued support inspires us to push the sport to new heights.”

There was some speculation over the past few weeks about what Riot could do with Worlds 2020 in the midst of the pandemic. Some suggested they will implement a system similar to the NBA bubble, where players and essential staff are isolated from the outside world together, and it appears Riot will be incorporating as such.

Instead of touring across China as was originally planned, all stages of the event are now set to be hosted in the city of Shanghai with special precautions to be taken by teams throughout the various tournament stages. This move was designed to allow tournament organizers to better control the tournament environment and minimize any risk that comes from traveling during the COVID-19 pandemic.

In their press release, Riot promised to work with local and national authorities as well as safety consultants to minimize the risk related to the pandemic. It is likely that there will be severe restrictions on how many live fans can be present during Worlds 2020.

For the majority of viewers who will tune in remotely, Riot has promised to bring a “visceral live sporting experience.” They did not reveal too many details in the press release, however Worlds has always featured impressively high production. Riot explained, “From the Elder Dragon in 2017 to last year’s Holonet technology with True Damage, we’ve always tried to innovate on the viewer experience and we are incredibly excited for this year’s show.”

Riot also announced that Worlds will return to China in 2021, moving North America’s year to host the tournament back to 2022. The return to China next year will hopefully allow for a full multi-city tour across China, as was intended for this year before the pandemic interfered with those plans.