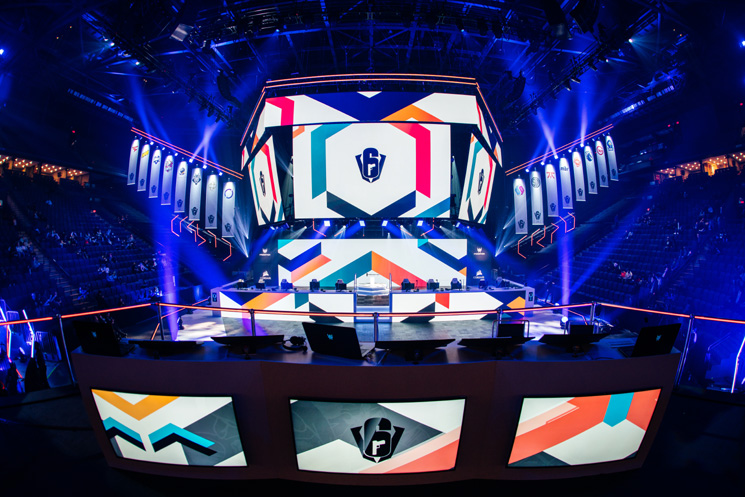 Ubisoft will be splitting Rainbow Six Siege esports into four quarters throughout the year with Majors in between. (Photo courtesy Ubisoft)

As part of the Six Invitational, Ubisoft announced a new structure and format coming to Rainbow Six Siege esports beginning in 2020. The esports division of the game will be moving to more of a separated regional format with each having its own organizing partners that will feed into international competition.

Each region is different in its own regard and as such will function differently. Asia-Pacific will be separated into two divisions – North and South. North will consist of a 12-team online league with teams from Japan, South Korea, and Southeast Asia. The South division will include Oceania and South Asia. APAC will also continue to be run by ESL. Europe’s league will remain somewhat the same, but will expand from eight to 10 teams. Ubisoft will be more involved in running the league in partnership with FACEIT.  North America will split into two separate divisions – U.S. and Canada. Latin America will split into three divisions – Brazil, Mexico and South America – and be operated by Ubisoft. Mexico will support an offline league competition and Brazil will expand from eight to 10 teams.

The full Rainbow Six Siege esports season will be split into four quarters, or “stages”. Three of these stages will last three months and will conclude with a Major taking place in one of the respective regions. The top four teams from each region will attend these Majors and earn points depending on placements at the end of the stage. The fourth stage will culminate in the Six Invitational as teams will qualify and be relegated based on regional finals. As such, the number of teams competing at the Six Invitational will be increased from 16 to 20.

The @Rainbow6Game esports scene is evolving into a regionalized program.

The season's journey leads to the #SixInvitational pic.twitter.com/fAmSoc2Ksx

Rainbow Six Siege esports currently functions on a weekly league structure run by ESL. The current Pro League will end in May at the Season 11 Pro League Finals in Sao Paulo, Brazil. The new format will begin in June as the beginning of the first stage.

Ubisoft also touched on an expanded revenue share program that has grown to 44 teams involved worldwide. Further details were limited, but the program includes three different tiers depending on the level of the organization with potential for teams to expand upward.

Rainbow Six
Share
Lydia Pendergrass
Lydia's roots grow deep into the journalism field. As a 2011 graduate with a degree in journalism, she worked in local media for seven years before applying her skills to something she was truly passionate about - esports and gaming. For the last five years Lydia has worked in esports as an Influencer Manager, Adviser, Script Writer, Merchandise Commercial Manager, and, most notably, a journalist and editor.
Follow me