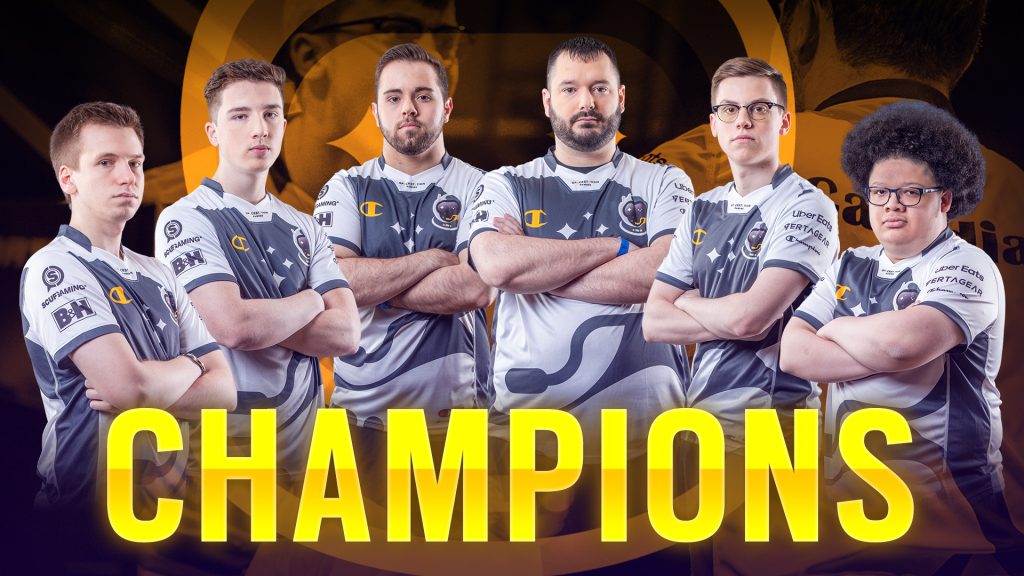 Spacestation Gaming has finally brought the Six Invitational trophy back to North America. The roster won the best-of-five series 3-2 vs Ninjas in Pyjamas. They will take home $1,000,000 USD from the $3,000,000 USD prizepool.

Ninjas in Pyjamas came into the series with their fragging power shown off over the last few days. This ability allowed them to beat TSM on Consulate, a map TSM has won all tournament. During the last encounter these two teams had, on this map, TSM forced overtime. This 7-5 victory must have been bittersweet.

.@NiPGaming is looking stronger than ever! They are one map away from the Grand Finals! #SixInvitational pic.twitter.com/7oTQwwNczA

Moving into map two, NiP snowballed their momentum. NiP just straight up dominated TSM with a 7-3 victory. Again, we saw previously the power NiP has on that map, and it paid off here once again.

With NiP already playing on the final day, they were clearly match ready. They opened the series with a 7-3 victory on Villa. In addition, this was Spacestation Gaming’s map pick. This really shows how well NiP hid their Villa strategies for the tournament.

Following on, the next map was Border. NiP has had an impressive showing on Border all tournament. Only BDS Esports managed to stop them. With that happening 24 hours prior, SSG should have had the info they needed. However, NiP won that map 7-2.

Things looked bleak for SSG on Clubhouse. NiP ran away with four rounds in a row. This was quite surprising considering that SSG has a 15-0 record on the map prior to the Six Invitational beginning. However, Javier “Thinkingnade“ DeAndre Escamilla won a 1v1 in cash, and that relit the fire in SSG. SSG then went onto win the map on a 7-5 scoreline.

Comeback time! @SpacestationGG gets 3 rounds in a row! #SixInvitational pic.twitter.com/2BgT4057VM

With SSG’s default map win courtesy of their upper bracket progress, Bank was the final map. Spacestation Gaming made the dream come true. Troy “Canadian” Jaroslawski has now won the Six Invitational twice across two different rosters. This is also the third time he has been in the Grand Final of the event. For the rest of them, this is a sign they have really grown as players. It is truly impressive that they managed to come back from the brink of defeat in the Grand Finals. Back in September, Hotspawn spoke to SSG about where they could be in the future. Who knew it would be them lifting the trophy after being together for six months?